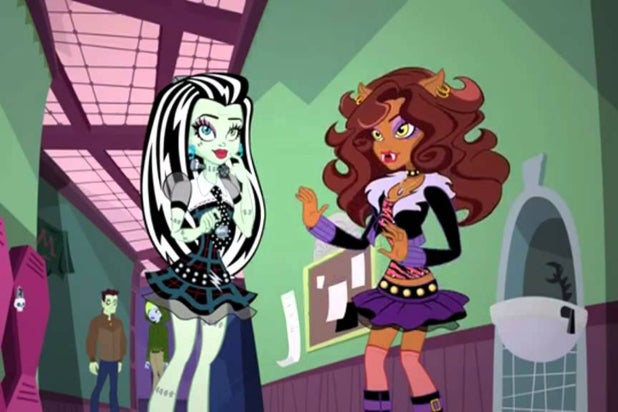 Nickelodeon is getting a new line of “Monster High” projects, based on Mattel’s horror-inspired fashion doll line.

The ViacomCBS cable network will work with Mattel on a new animated TV series, as well as a live-action movie musical. Both of them will premiere in 2022.

The new series follows fan-favorite characters Clawdeen Wolf, Draculaura, and Frankie Stein as they navigate the hilarity of high school in the hallowed halls of Monster High. Production on the “Monster High” animated TV series is overseen for Nickelodeon by Claudia Spinelli, senior vice president, animation development. Shea Fontana is serving as the showrunner.

“‘Monster High”s strong message of inclusivity is more relevant than ever,” said Fred Soulie, general manager, Mattel Television. “Nickelodeon shares our passion for the brand and its purpose having worked on the franchise when it first launched more than a decade ago. They are the ideal partners to bring these beloved characters and their stories to life through episodic television and the live-action television movie.”

Mattel launched the line in 2010, which takes its cues from monster movies and sci-fi horror fiction. A slew of animated specials and straight-to-DVD movies were created over the past decade, most of which got airtime on Nickelodeon.

The Holidays Are Here! UPtv Announces 500 Hours of Christmas Programming and 5 New Films