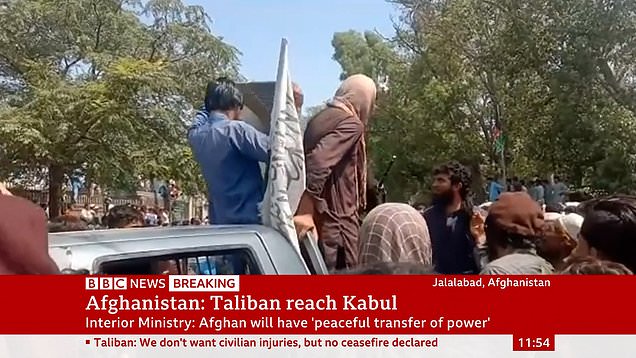 BBC World News’ Yalda Hakim has received overwhelming praise after she expertly handled a call from a Taliban spokesperson while she was presenting live on air.

Suhail Shaheen dialed Hakim’s phone while she was conducting an interview, with the journalist expertly transferring him to loudspeaker and immediately diving into questions of the spokesperson, as the Taliban declared victory in Afghanistan 20 years after being removed from power by US-led forces.

Over the weekend a senior Taliban official, Mullah Baradar, claimed victory in a speech from inside the Presidential Palace, as thousands of Afghan nationals and foreigners desperately try to get out of the country.

Speaking to Hakim on air, Shaheen insisted ‘there will be no revenge’ on the people of Afghanistan.

Hakim appeared to be caught off guard by the incredible call but quickly connected Shaheen to the BBC studio, asking producers whether viewers of the programme would be able to hear the spokesperson, as the cameras kept rolling.

Moving fast, it’s said the team placed the nearby guest microphone alongside Hakim’s mobile in order to pick the sound up. 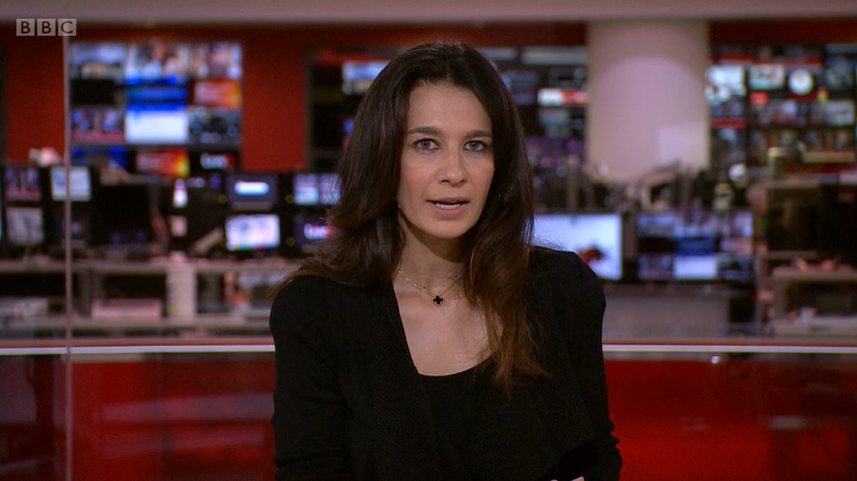 During the 30-minute interview, Hakim pressed Shaheen on the Taliban’s plans for the country amid concern the militants will impose strict interpretations of Sharia law, including corporal punishments and a ban on girls going to school.

He said: ‘We assure the people in Afghanistan, particularly in the city of Kabul, that their properties, their lives are safe – there will be no revenge on anyone.

‘We are the servants of the people and of this country.’

Hakim was praised by colleagues and viewers alike for her composure as she received the call, but also for her no-holds-barred interview.

TV floor manager, @swimmersjackson, wrote on Twitter: ‘Have never witnessed anything quite like what happened in studio this morning, pointing our guest mic at @BBCYaldaHakim own mobile phone as a Taliban spokesman rang it in the middle of her juggling another live interview.

‘Timing is everything, there was no rearranging this.’

BBC journalist Clare Casey wrote: ‘It was a gamble that paid off. We all held our breath as @BBCYaldaHakim asked can our viewers hear this?’

Broadcaster Aasmah Mir mused: ‘That BBC Taliban interview is just mind-blowing. All 32 minutes of it. Yalda Hakim is an absolute boss.’

Viewers were taken aback, with one responding to the interview: ‘That was fascinating. She is very composed and is very knowledgeable and asked all the right questions. What a professional!’