Ripped pants don’t care? Fredrik Eklund from Million Dollar Listing New York shared a cryptic photo on Instagram where he stands next to his car rocking a pair of ripped trousers and fans wonder if it is due to a massive high kick.

His caption, “Dada had long day…” prompted a slew of fans to wonder what happened, with many concluding he had too many “high kicks” that day. While Eklund didn’t share why his pants ripped, he did tell fans they would soon find out. “You’ll have to watch but it’s a good one lol,” he replied to a fans’ questions. Fans may not find out soon, because Eklund added the hashtag “MDLLA.” Eklund is pulling double duty and appearing on both the New York and Los Angeles series. Million Dollar Listing Los Angeles Season 13 begins during the summer of 2021. But if the ripped pants are due to a high kick, why does Eklund do them in the first place? 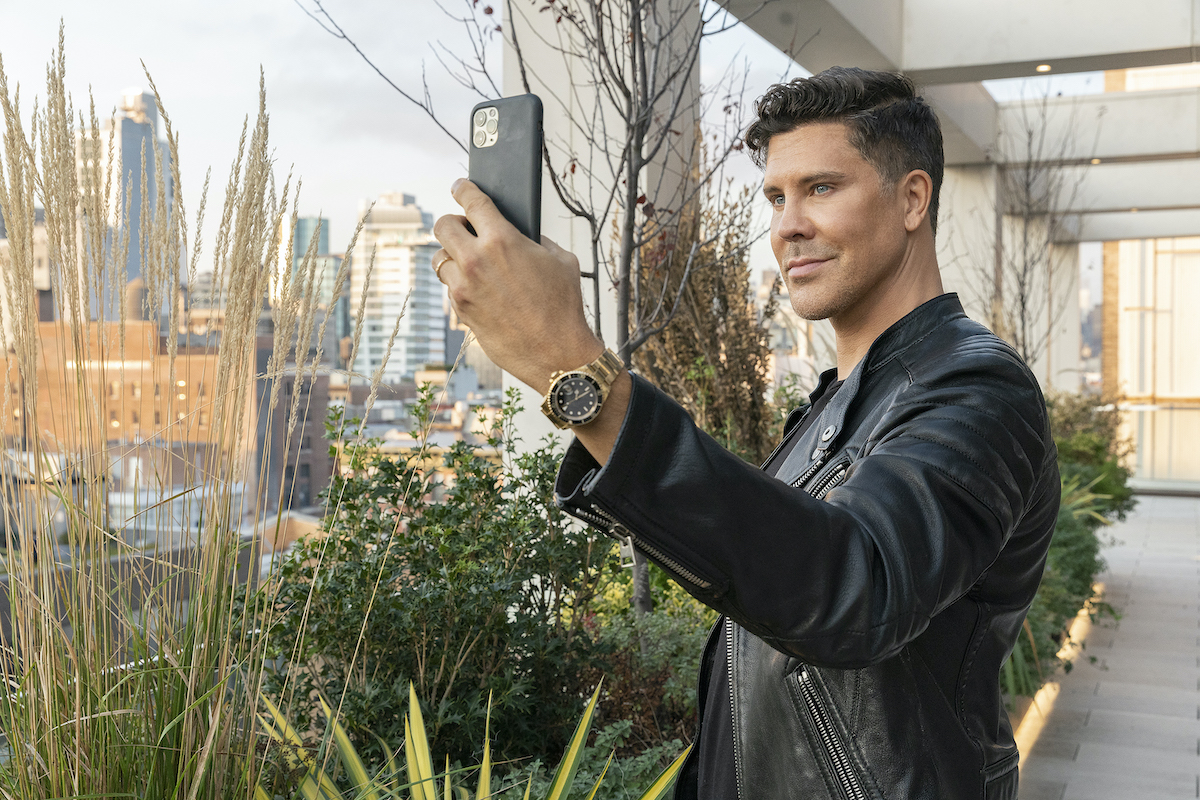 In 2012, Million Dollar Listing New York fans were introduced to the tall Swedish broker who couldn’t resist doing a karate kick when he made a sale. Fans wondered why Eklund, who would have just scored a multi-million dollar deal would make such a wild physical move in the business space.

“I started doing it when I was about four, three years before the first Karate Kid movie,” Eklund revealed to Entrepreneur in 2015. “I was growing so tall so fast that people almost didn’t recognize me. If you look at my body, I’m 6-foot-4, but I’m like 6 foot in legs alone. I’m all legs. I would have been a great Swedish supermodel, with big boobs and long legs.”

“It was sort of like I had to do something with these legs,” he continued. “The kick was a way for people to kind of be comfortable with me. When I enter a room, it’s like, ‘Okay, here is the long legs guy.’ Then it became part of who I am. I just kept doing it. I think it’s hilarious. What it does is release endorphins. It makes me happy, so I do it when I’m sad. I always, always do it when I’m really excited. I do it when I’m alone. I do it in front of people.”

Fredrik Eklund thinks everyone should be high kicking

Instead of being unprofessional, Eklund believes the high kick adds some levity to an intense situation. “The high kick symbolizes everything I stand for in business, who I am,” Eklund said. “I’m in a very conservative suit and I’m in a conservative board room environment, high pressure, multibillion-dollar New York real estate world, and at the same time, I high kick right in front of everyone. It says that I don’t take myself too seriously and they shouldn’t either.”

“It also shows that I have really great balance because I do it like a ballerina with perfection on one toe,” he described. “Then I retract to this pose back and all of the sudden I’m back into the more conservative stance. It shows that I’m unpredictable, too.”

He also taps into the high kick energy to reduce his stress. “I don’t get nervous that often, but when I do it’s as though I’m locked up and I get stiff,” he remarked. “The high-kick helps with this like right before I going in to do a big major, mega, mega pitch, I do a high-kick right as I’m about to open the door to the meeting room. It brings this energy circulating in the body and makes me very confident, yes.  I like it. It gives me joy. You should try it. Everyone should.”