AS the biggest band in heavy metal, Metallica have survived nearly four decades  at the  top despite years of hedonism and debauchery.

After  furious rows almost tore the band apart, drummer  Lars Ulrich admits it is “amazing” they are on the road for their latest world tour. 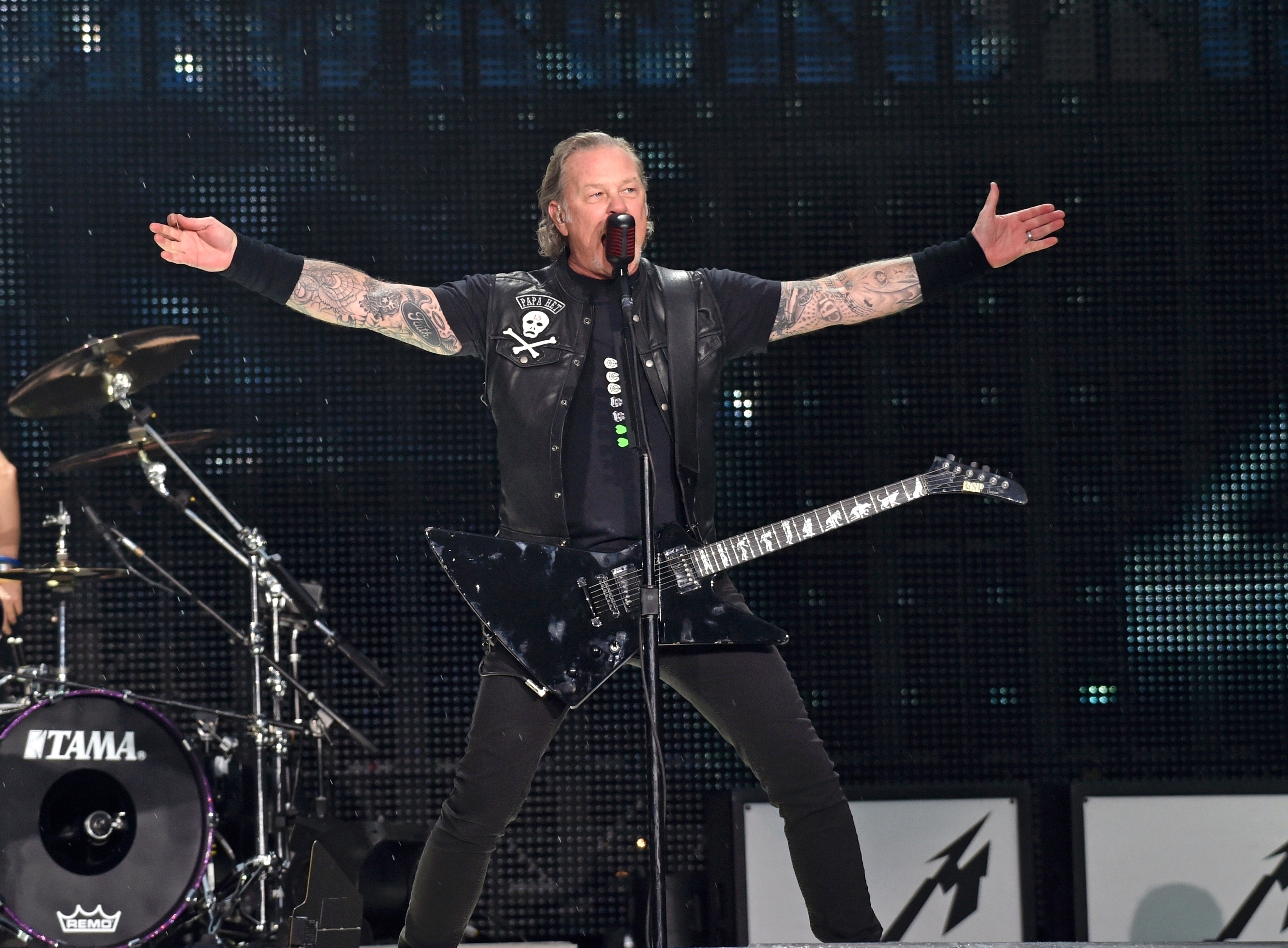 One reason could be that Metallica — whose hit Enter Sandman is one of the most recognisable metal songs of all time — have turned vegan, and swapped pre-show  drugs and booze for cups  of tea and  workouts.

But Lars says the unlikely key behind their survival, following their most explosive  fallout in 2004, was another set of legendary rockers — the Rolling Stones.

In an exclusive interview backstage in Manchester at the band’s first UK show, Lars tells me: “You can’t keep people guessing forever and, if you try to, you look silly so trying to maintain a mystique went out of the door for us a while ago.

“For us it’s all about inviting ­people in and making ourselves as ­accessible as possible to fans.  That period [in 2004] certainly wasn’t easy for us and, since then, we have learned boundaries  and where our breaking points are. 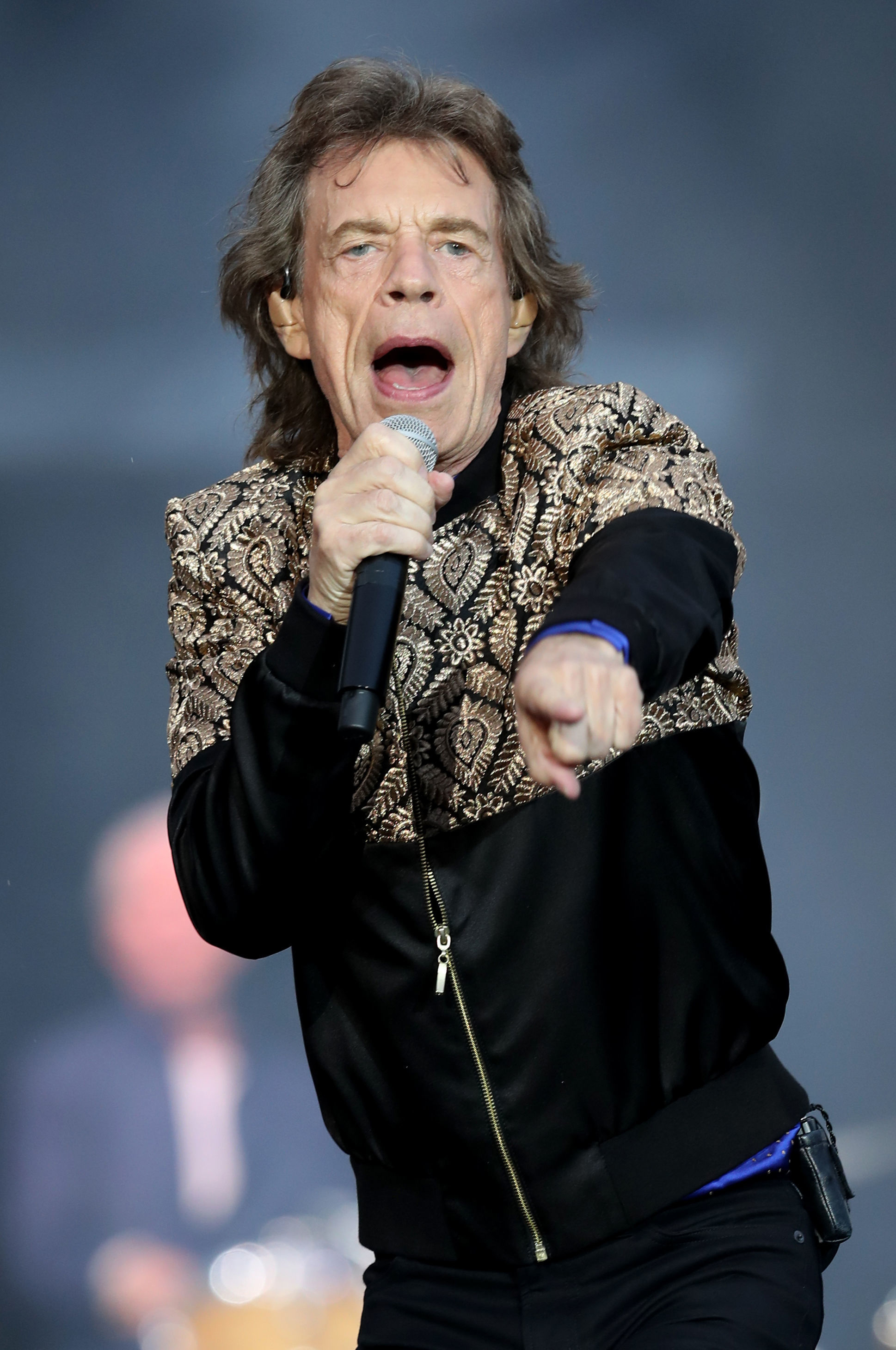 “That was the last time we had a real break — we haven’t shut down the band in 14 years, but we disappeared then for about a year.

"And then the Rolling Stones called us up and said, ‘Come and play some shows with us in ­California,’ and we sort of agreed you’re not going to say no to the Stones,  so that was it.

“It gave us the way to start it back up again. Whether you’re a team in an office or a bunch of dudes in a rock and roll band, at some point people have to figure out how to get along and work as a team.

“If you don’t care, it’s easier to walk away, but fortunately we cared enough about Metallica on behalf of ourselves and  the fans to figure out a way to make it function.  I’m happy that we did.” 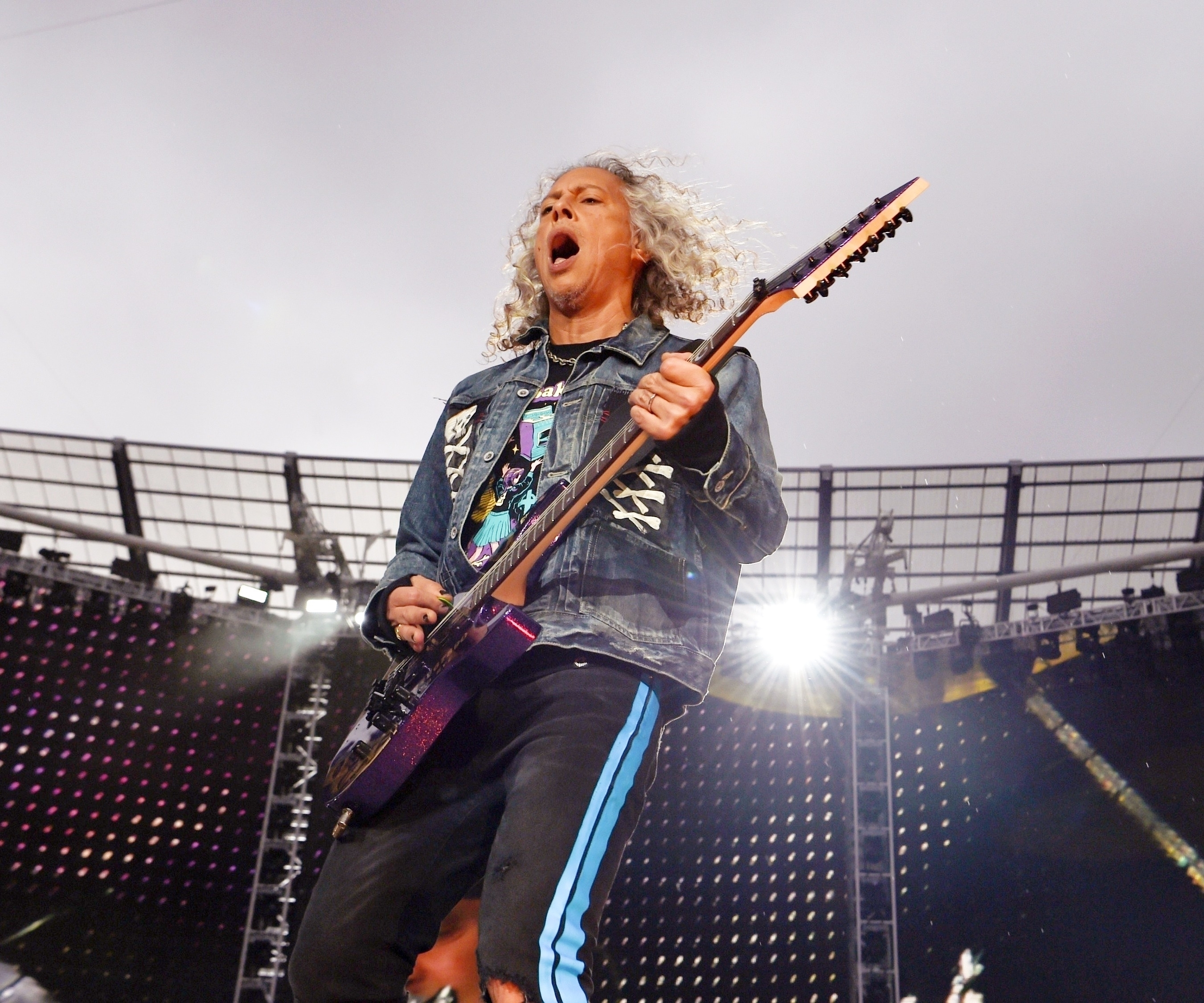 HEAVY rain and storm clouds above an open-air stadium gig would spell disaster for most acts – but with Metallica you almost believe they planned it all.

Had there been a roof, they’d have blown it off with sheer volume anyway. Complete with pyrotechnics and lasers,  the veteran metal act   took to  a stage the width of the football pitch – but it was their grinding guitar riffs and screaming vocals which really filled the venue.

Frontman James Hatfield led the group and its leather-clad  faithful through two hours and 20 minutes of pounding hard rock – featuring the group’s biggest hits including Nothing Else Matters and a stunning finale of Enter Sandman.

A brief interlude saw the band’s Kirk Hammett and Robert Trujillo perform a cover of The Stones Roses’ hit I Wanna Be Adored in an appreciative nod to the local crowd, with Hetfield thanking the audience for their  support.

And while sound troubles have dogged many tours in recent months, there was no danger of Metallica  being unheard – the group cranked the amplifiers up to ear-splitting levels.

“Obey Your Master”, screamed Hetfield as he stared down the crowd during fan favourite Master Of  Puppets, which whipped the assembled 41,000 into a frenzy – and they dutifully obliged.

This was a masterful performance by the masters of metal.

Calm, mild-mannered and impeccably polite,  Lars is a long way removed from the reputation of wild excess the band earned as the poster boys of metal music.

But he admits today’s band, which includes co-founding singer James Hetfield, guitarist Kirk Hammett and bass player Robert Trujillo, are infinitely calmer than they were in their heyday — but will still  hit the bottle after a successful show.

And Lars would love to be able to booze more often . . . if he could still handle it. Lars, the band’s longtime spokesman, explains: “As you get older you learn your own breaking points, and we’ve all figured out a way of keeping clear of those edges. 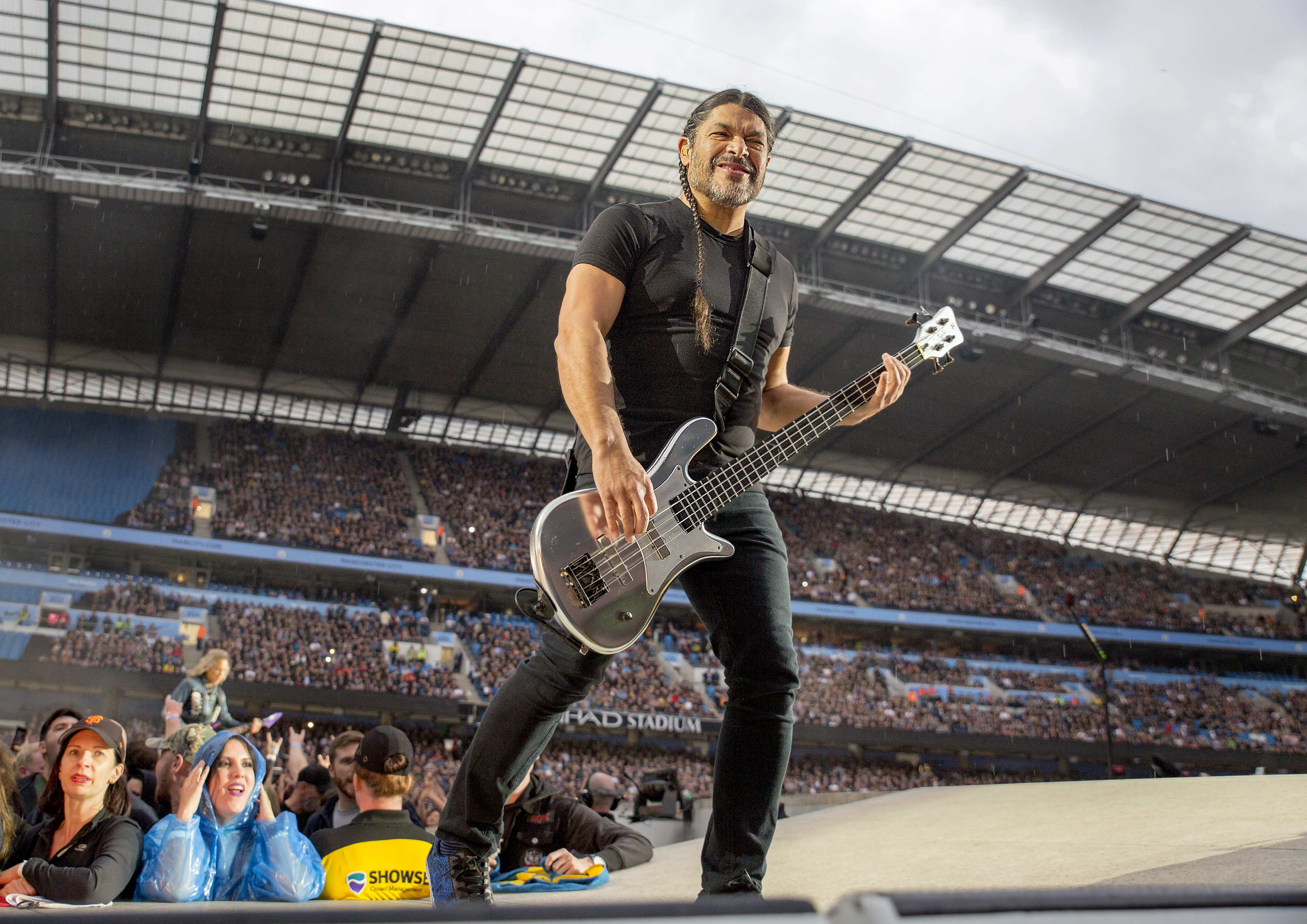 “We put out our first record when I was 19 and we were touring all over Europe and America. I was suddenly on a tour and helping myself to what was on offer. That’s fine, and I would dare anybody to not do that.

“We had a lot of fun, but you ­settle down in a relationship  and have kids, and nowadays  it’s treadmills, protein shakes and vegan food.  The main thing I still enjoy is an alcoholic beverage, unfortunately not very often now — it’s kind of sad, actually.

“After the show, sure I still enjoy a drink, but you’ve got to stay in shape.  You’ve got to have an awareness of what you need to do to man up, suit up and make it happen on stage.”

Tonight sees the band back on stage at London’s Twickenham Stadium before heading across Europe then on to America and Australia — playing to millions of fans and raking in huge sums in the process. 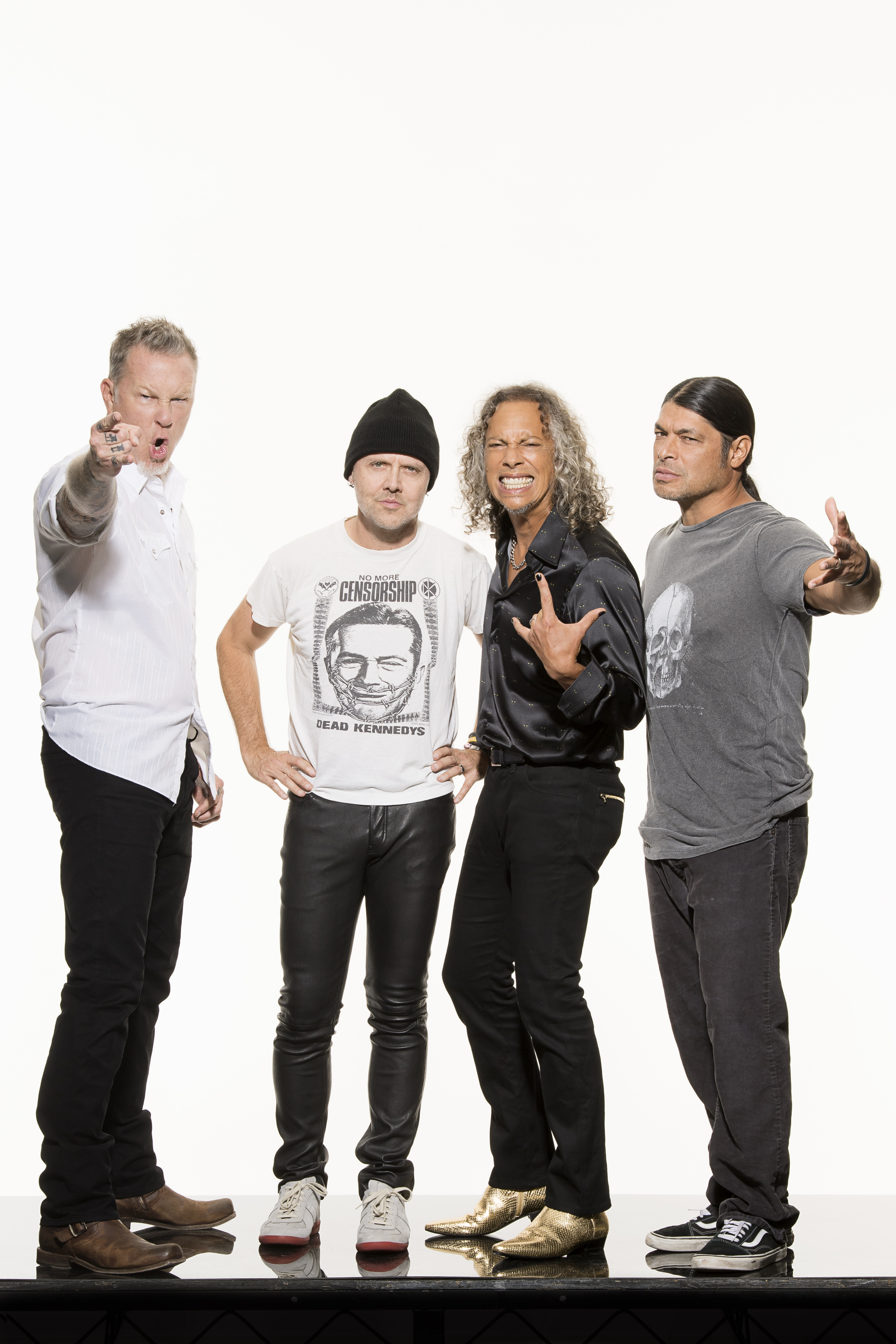 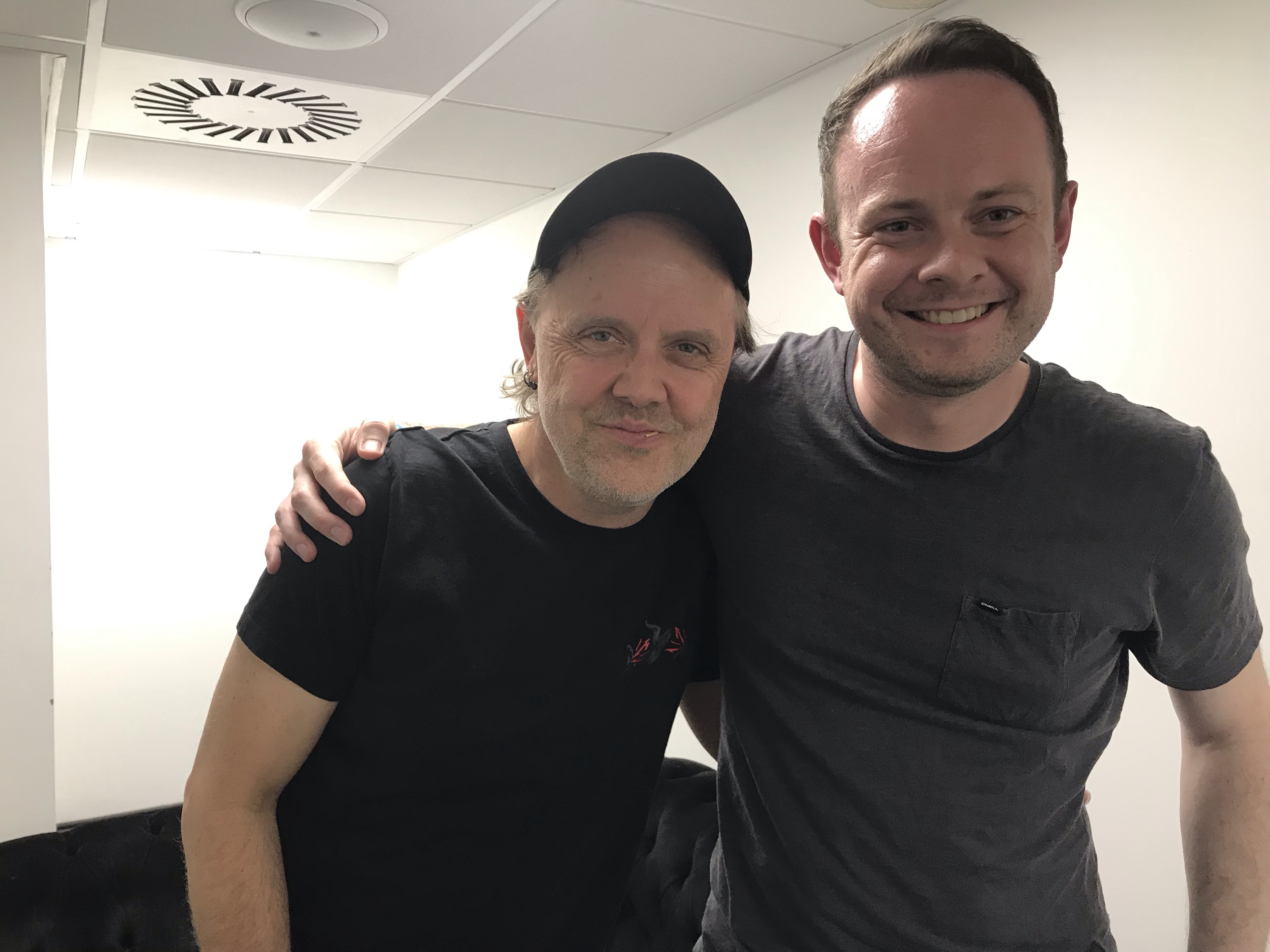 The show is a mammoth operation, employing nearly 300 road crew and 75 lorries of equipment.  The band describes the team as a huge family, crossing the world as cheerleaders for fans who, like them, may have felt unaccepted.

METALLICA cleaned up at last night’s Kerrang! Awards, picking up Best International Live Act and Best International Act.
Lars and Robert were on hand to collect the two gongs at the ­ceremony at Islington Assembly Hall in North London.

But despite their success, Lars insists the feeling of being an uncomfortable outsider has never left him.  He adds: “I’ve always felt like I’ve never belonged and that’s why being in a band and being in  Metallica is almost a state of mind.

"It feels like I belong to ­something much bigger than myself, and makes me feel comfortable in my own awkwardness.  Ultimately there are millions of people all over the world that feel that same way.

“Metallica is  something they belong to and, without getting too nutty, we’re sort of like the ­shepherds leading the way. Although if we’re the ones steering the ship then God help us all!”