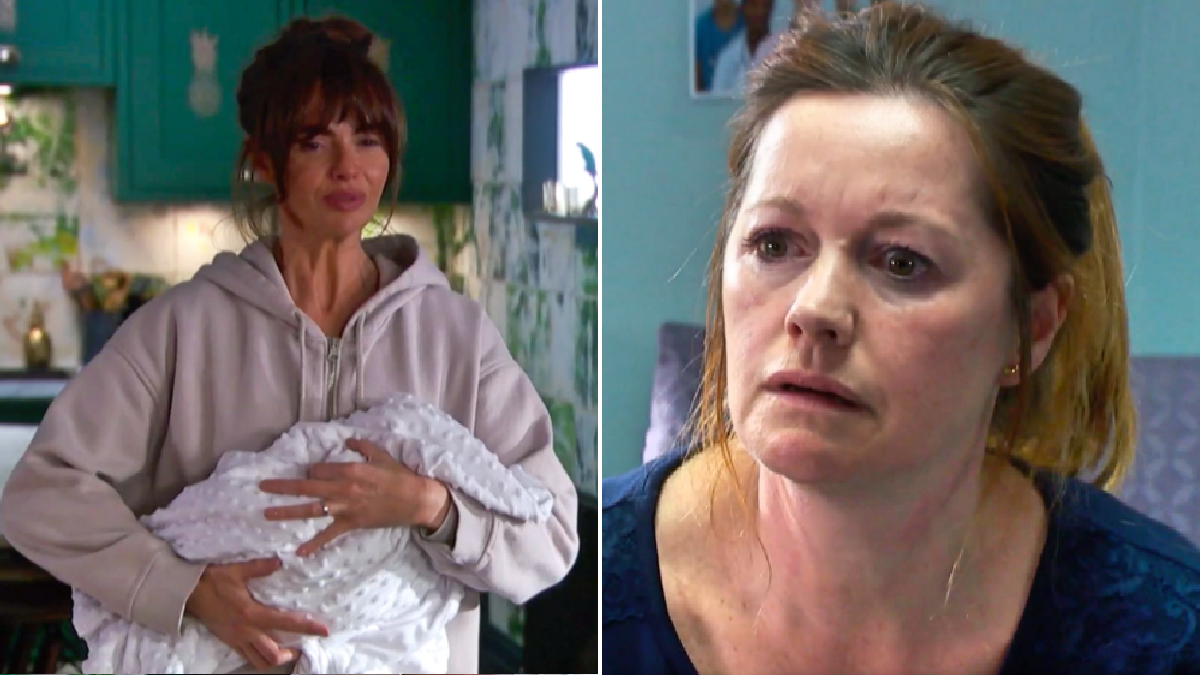 Diane is due to give birth in less than seven weeks, and viewers will know that she’s currently struggling with her mental health.

Mercedes, meanwhile, is desperate for a baby, but manipulative Cher (Bethannie Hare) has been cruelly gaslighting her for weeks, and upcoming scenes will see her try to convince her stepmum that she’s pregnant.

The Channel 4 soap, however, has dropped a brand new trailer this evening, and disturbing scenes see Diane and Tony’s (Nick Pickard) newborn child snatched from its pram.

Mercedes is then later found holding the baby in her arms, professing her innocence – claiming that, in spite of how it might look, she did not kidnap the baby.

That would be appear to be a definite yes, as sneaky Cher – desperate to ruin dad Sylver’s (David Tag) relationship with Mercy – once again sets her up.

It seems as if Cher herself snatches the child, and frames Mercedes for the crime.

Will Mercedes be able to convince her fellow family members of her innocence?

James Corden Bites Back at Bill Maher's Segment on Obesity: 'Fat-Shaming Is Bullying'