With numerous true crime documentaries and movies being released on streaming services, America’s fascination with cults is only growing. Martha Marcy May Marlene stars Elizabeth Olsen. The indie film follows Martha as she exits a modern-day cult and adjusts to normal life with her sister.

Cult deprogrammer, Rick Alan Ross, weighs in, even labeling this psychological drama the “gold standard” of portraying the life of ex-cult members.

Olsen is arguably one of the most talented actors today, most recently conquering roles in the Marvel Cinematic Universe. The 33-year-old’s acting skills while filming Martha Marcy May Marlene were quickly noticed by critics, as Rotten Tomatoes reports.

Viewers particularly noted how she portrays the psychological damage one faces as they reassimilate into everyday life from a sinister cult. If cults intrigue you, this fictional film may offer a different angle — that one-sided docuseries simply can’t offer — at observing the psyche of members.

To this day, cults are very much a real and existing enigma. They typically involve a group of people who have an unwavering devotion to a certain person and/or beliefs, whether spiritual or political.

Martha Marcy May Marlene portrays Martha on the cusp of leaving an ominous cult in the Catskills. Over time, the viewer catches glimpses of what went on in the cult. And it’s nothing short of bizarre.

More so, Martha begins living with her sister, Lucy and her husband. As she adapts to everyday interactions and tasks, it’s evident some of the cult’s ideologies have engrained themselves in her mind, affecting her relationships and sense of self. 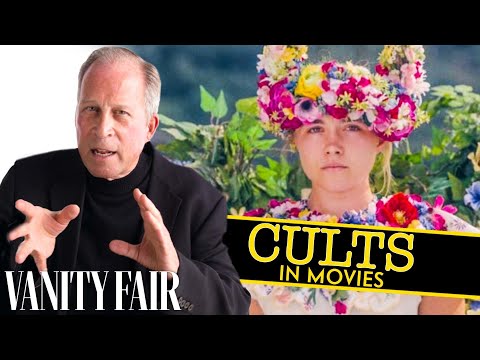 In 2019, pre-pandemic, Cigna surveyed the nation to determine the state of loneliness. It determined that more than three in five Americans feel lonely. The respondents gave factors such as a lack of meaningful social interactions, poor mental health, negative feelings regarding personal relationships, and lack of balance between daily activities.

It’s common for individuals to seek acceptance and connection from religious groups or other organizations. Sometimes, these happen to be detrimental cults that indoctrinate their followers.

Cult deprogrammer Rick Alan Ross reviewed Martha Marcy May Marlene for Vanity Fair. In it, we see a clip of Martha at a payphone calling her sister, desperately trying to put into words that she is a part of something horrible and wants to leave.

“It is the most realistic depiction of what a cult would be like and the difficulty in leaving a group and the recovery process,” Ross explained.

As Martha continues, she states she can’t stay long and has to go. Ross translates this as Martha actually saying, “The program is really strong, I have been deeply indoctrinated to believe I have an obligation — a commitment to this group and way of life.” Martha has become so isolated and dependent on her leader that she is afraid to betray him.

Olsen’s acting reels us into her character in Martha Marcy May Marlene. Meanwhile, another actor, Florence Pugh, captivated audiences with her role in Midsommar.

Although more on the supernatural side, Midsommar is just as creepy. Director Ari Aster’s thriller lures audiences in with the complexities of these environments. Other movies like Rosemary’s Baby and The House of the Devil dig more into more diabolical, Satan-worshipping cults.

When is Pixie Lott's wedding to Oliver Cheshire, where are they getting married and who are her bridesmaids?