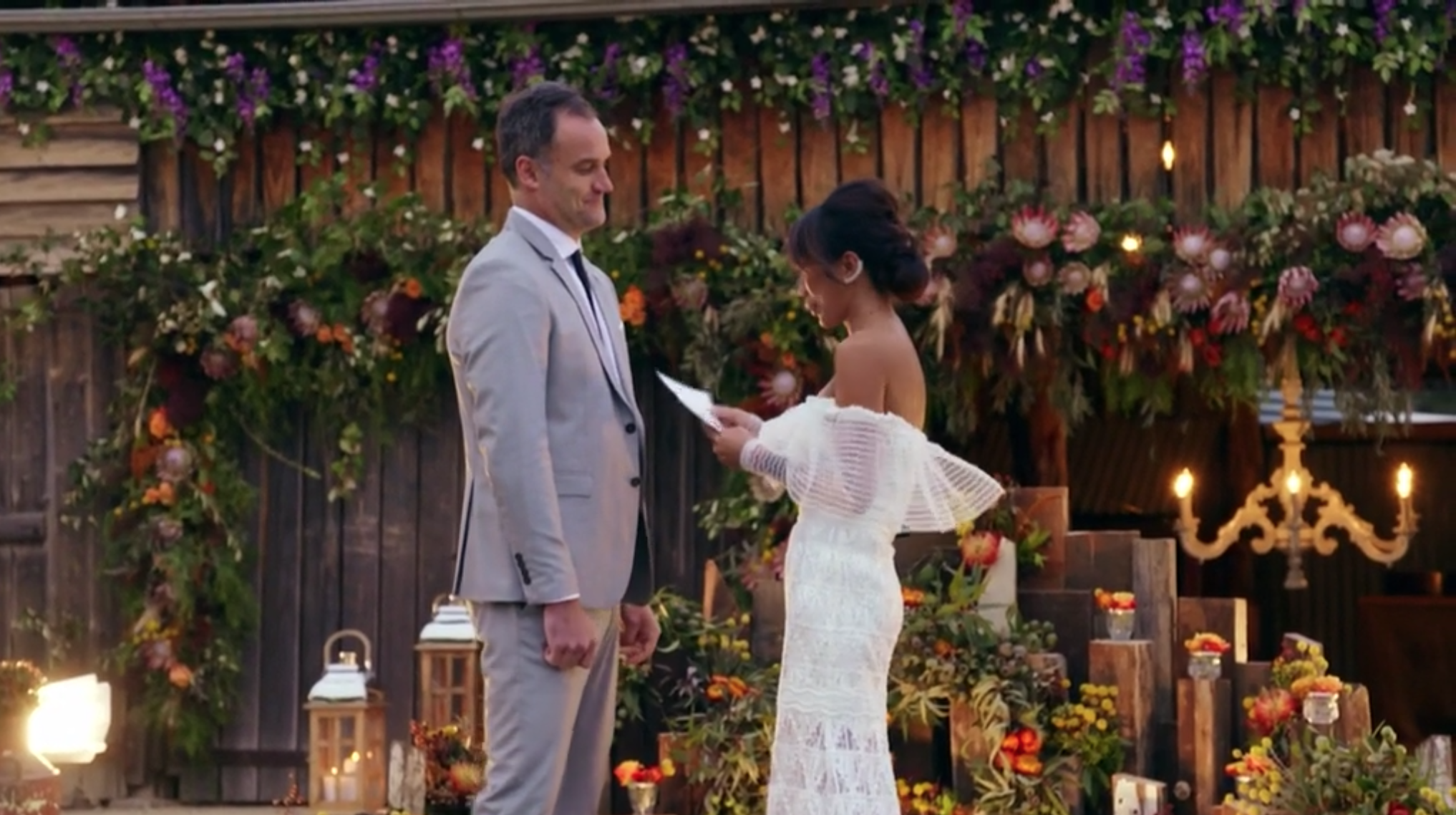 The couple met on their wedding day at the very beginning of MAFS season six – which was filmed in 2018 – and had a rollercoaster time of it on the series, continuously fighting and making up.

But, after weeks of limbo and very little affection between the pair, Mark decided to call it quits at the last moment – leaving his bride fuming.

Ning spoke first, sharing her affection for her partner and explaining that she wanted to stay together as a couple, despite their issues.

‘I’m saying yes to you, yes to us and yes to continuing our journey together,’ she told him.

However, the mum-of-three was left devastated when Mark confessed that he didn’t feel the same.

After a lengthy speech, he dropped the bombshell, confessing: ‘Ning I came on here to find love but I haven’t found it with you.

‘Even though my feelings for you are strong, I don’t see these feelings being strong enough to survive after this experiment ends. And they aren’t strong enough to ask you to move your entire life and three children to another city for me.

‘In you I have found an awesome person that I respect, admire, adore. This has been one of the most…’

Interrupting his speech, Ning fumed: ‘Just stop. This is bulls**t.’

‘I really like you, I really do,’ he insisted. ‘I just wasn’t getting enough confidence from you.

‘This decision has been one of the hardest decisions I’ve ever had to make.’

‘I didn’t find love with you, Mark, but I wanted to give it a go,’ she hit back. ‘You should’ve let me go at week three.

‘You’re selfish because you kept me around for another week, to get here and humiliate me. I’m done, Mark.’

‘I love Ning admittedly I didn’t at the beginning but as the show went on we saw her thawing,’ a Twitter user added.

‘She has obviously been hurt before, I’m gutted for her #MarriedatfirstsightAustralia.’

We still have more drama to come as Heidi Latcham and Mike Gunner are the next couple to walk back down the aisle – but how will that turn out?

Duggar family tree: Who are Jim Bob and Michelle’s 19 kids and their grandchildren?

'Little House on the Prairie': Michael Landon Confessed to Melissa Gilbert That He Lied About a Scene Involving 'Hypnotized' Rabbits: 'Half-Pint, They Were Dead'