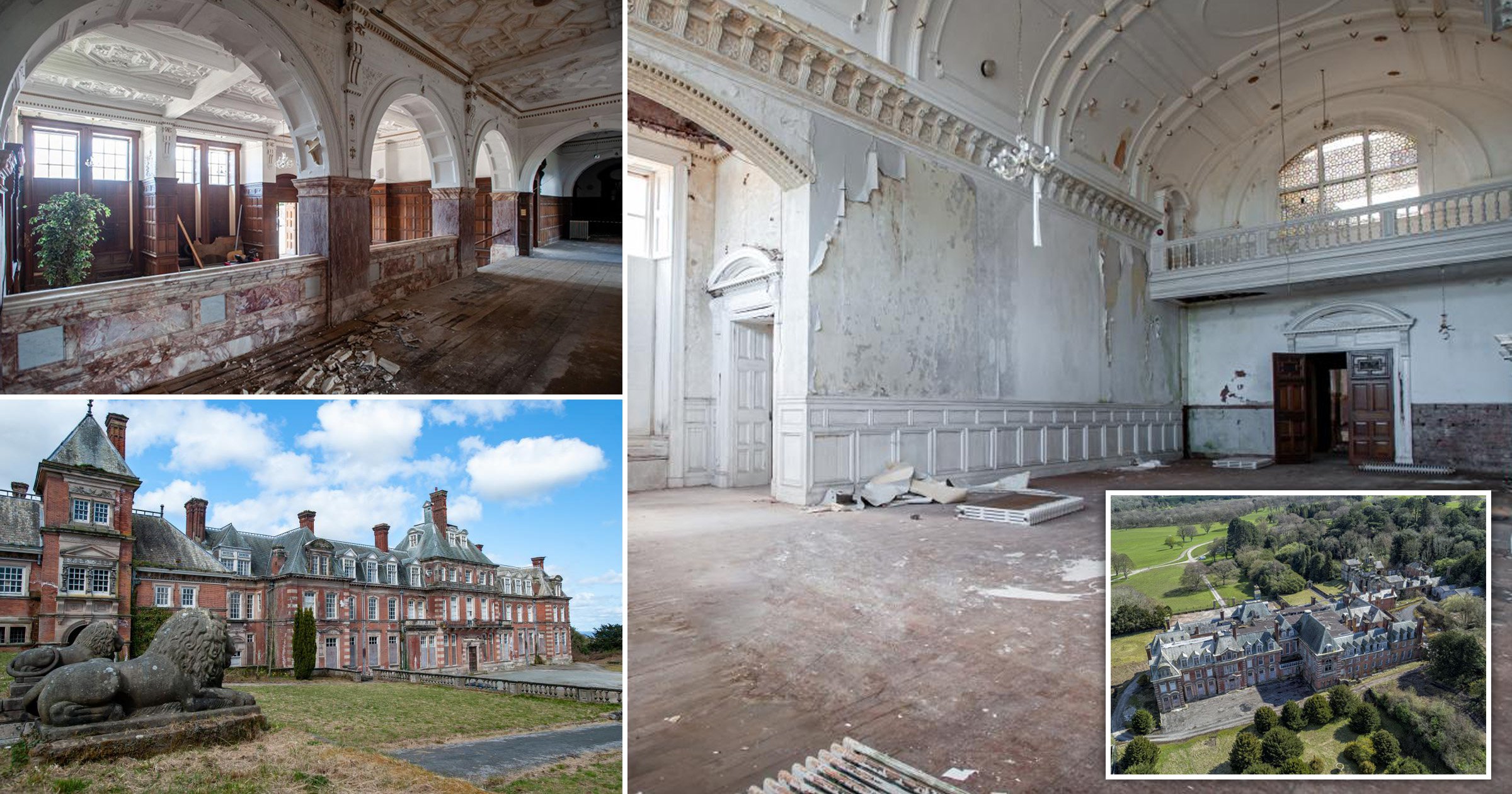 But if you’re willing to leave the capital behind and move to Wales, you could have this 122-room mansion instead.

Granted there is lots of work needed on Kinmel Hall, near Abergele in North Wales, but you get more space than you’ve ever dreamed of and some amazing period features.

The building is known as the ‘Welsh Versailles’ as it was designed by architect WE Nesfield in the style of the French palace.

Completed in 1874, the building was used as a private home until 1929, before being converted into a ‘rheuma spa’.

During WW2 it was used as a hospital and after the war, was turned into Clarendon School for girls but a fire in 1975 forced them to move.

It was restored and used as a christian conference centre for a time but has since been empty.

After many attempts to sell the property and failed plans to turn it into a hotel at one point, it is now due to be sold at auction with the guide price of £750,000.

Inside the property, there is still a grand central staircase, impressive formal rooms, a former chapel and multiple bedrooms.

Outside, there is also a courtyard stable block and storage barns.

The sale comes after The Friends of Kinmel Hall group called on the current owners owned by Acer Properties, which is registered in the British Virgin Islands, to either restore it or sell it to prevent the impressive building falling into a state of complete disrepair.

The property will go to auction on May 13 through Allsop auction.

In the listing, Allsop has provided a link to floorplans from 2006 when there were plans to turn it into a hotel.

The plans are for guidance as it says alterations have been made since then.

Get in touch at [email protected]

How Hannah Einbinder Really Got Her Role On Hacks