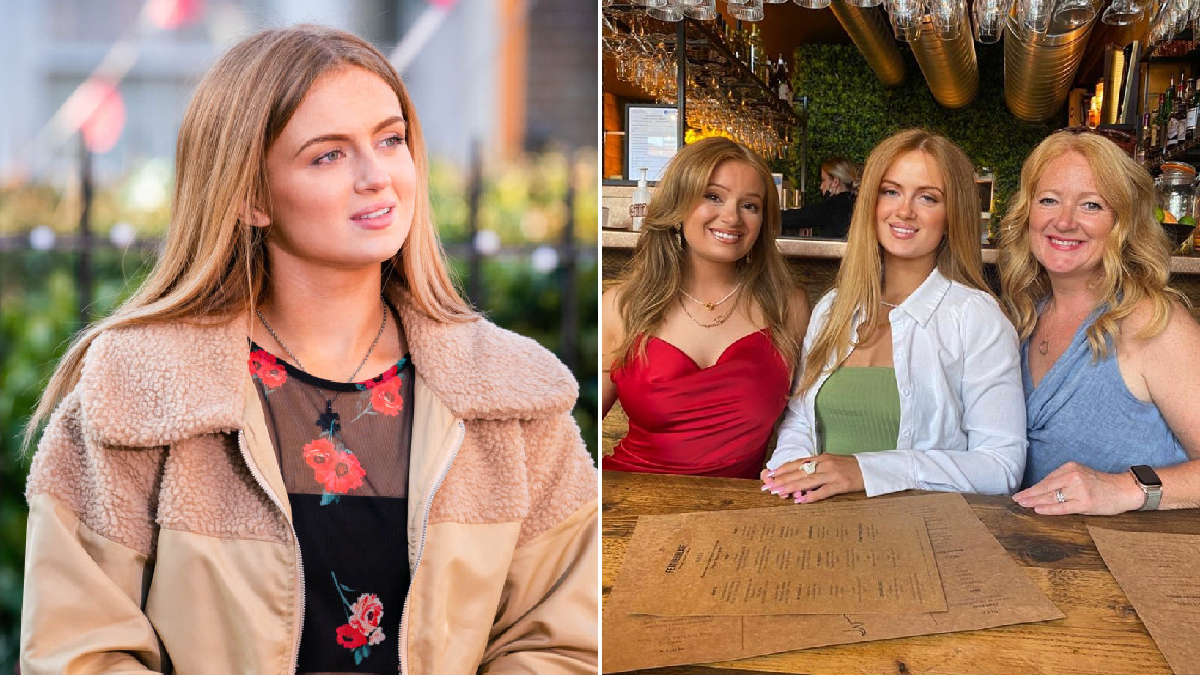 EastEnders star Maisie Smith was all smiles as she posed for a picture with her sister and mum, who look just like her.

The actress, best known for playing Tiffany Butcher in the BBC One soap, enjoyed an afternoon with mum Julia and sister Scarlett, as they headed for lunch, with Julia later sharing a snapshot of the moment on social media.

Posting a picture of the three of them, momager Julia wrote: ’50 shades of ginger.’

Fans were quick to comment, with several noting the likeness between the three women.

‘You 3 are all beautiful xxxxx,’ said one, while another added: ‘Stunning ladies.’

The EastEnders star was recently spotted with Scarlett on a night out, as they attended a film screening of Fast & Furious 9.

Maisie, 20, was first introduced to audiences back in 2008, when she made her first appearance as Bianca Jackson’s daughter Tiffany in EastEnders at the age of six.

She would remain on Albert Square for several years, featuring regularly until 2014.

Maisie reprised her role in 2016 for Whitney Dean’s wedding to Lee Carter, before returning on a more permanent basis in 2018.

Tiffany has been at the centre of many a huge storyline since her return to the soap. She was groomed by drug boss Evie Steele, and memorably forged a friendship with Bernie Taylor.

She also started dating Keegan Baker, who she would marry in 2019.

Maisie competed in the 2020 series of Strictly Come Dancing, where she was partnered with pro-dancer Gorka Marquez.

The 19-year-old stunned audiences with her performances on the BBC dance series, with routines such as her Quickstep, Samba and Jive leaving both the judges and the fans in awe.

She finished runner up in the final, losing out to Bill Bailey.

What did Chris Brown say about DaBaby?