Maci Bookout was first seen on 16 and Pregnant back in 2009. She is now on Teen Mom OG which just had a 10-year anniversary. That doesn’t stop her from speaking out about the show.

The reality star says the show doesn’t accurately tell her story. Find out what other stars have said about this issue along with her latest tweet.

If I cared what people thought of me, I wouldn’t be here today – let’s be real. I’ve stood strong and held it down for my kids since day one. No matter how bad @teenmom tries to portray my “life” ….. my babies, my family, my close friends – they know the TRUTH. I’m a pretty great mom, work my ass off, show up, and hustle everyday to give my kids a pretty great life. @mtv doesn’t want to talk about faith, show work ethic, or juggling three kids alone, they don’t want to show the humble process of starting over after a divorce, building a career, or any real life issues. All they want with my little segment each week is some fake fill-in Farrah Abraham/Jerry Springer BS, and it’s simply not true. Don’t get me wrong – I’ve said some mean things and learned a lot the last several months – but the life I’ve built for my kids is NOT sitting around talking about baby daddy drama. Every week is a continued disappointment with their inaccuracies and false narratives. I hate getting all emo on you guys but I’ve kept quiet for too long about it. Don’t believe everything you see on TV.

Teen Mom OG got a new famous cast member with Bristol Palin, but she didn’t stay for long. She quit after one season and didn’t hide the fact that she was unhappy with the show.

She posted a picture with her kids on Instagram and wrote about it in the caption. Palin accused Teen Mom OG of wanting to show drama with Farrah Abraham instead of other aspects of her life. At the end of the season, she announced on Instagram that she won’t be returning for another season.

The reality star posted a picture of herself with the caption, “teen mom OG wasn’t a fit for me, it took away my peace.. and honestly – my peace has a price tag that no one but God can afford $ doesn’t impress me, I don’t entertain bs, and walking away from this show allows God to rebuild me (and my little fam) in the right direction. I have love for all the girls on the show, and wish them the best of luck in all their future endeavors!!” 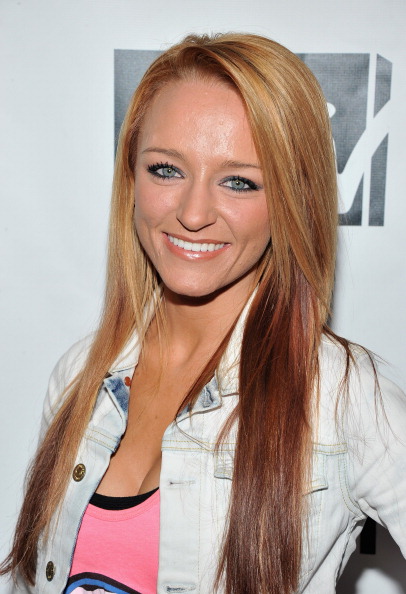 The newest season showed Bookout having to deal with her ex, Ryan Edwards getting arrested. She talked about what it was like to tell their son, Bentley about the news.

“Imagine how hard it would be to tell your f*cking child that,” she said. “Nobody wants to do that.” She went on to explain why this gets harder with time.

“Bentley is not 4 anymore,” she said. “He understands. It’s natural to forget, forgive, move on, especially when it comes to your parents. I am angry for him because he’s a child.”

The season also covered Bookout noticing Maverick starting to stutter. She went to get it checked out and found it was normal.

Bookout said the show’s depiction is absolutely not accurate

The reality star tweeted after the episode aired of Maverick struggling with his stutter. She addressed the show’s accuracy.

Kailyn Lowry replied to the tweet with “I am with you 100%.” This certainly wouldn’t be the first time Teen Mom stars claimed the show wasn’t accurate.

Edwards and Mackenzie Standifer previously claimed that the show was fake when they were mad. Standifer called it “a lame, fake, boring and scripted tv show,” on Instagram. They did return after the claim.

WWE Network Is Getting Some Big Changes Very Soon

Daniel Lissing Will Be in 'When Hope Calls' Season 2, and Fans Have Some Big Questions