If you’ve never seen the 2010 Jorma Taccone film “MacGruber” (and at this point, what’s stopping you, really), consider the Van Scene. It’s a textbook case of misdirect and shock, complete with a giant fireball erupting mere seconds after you even have the chance to see it coming.

Over a decade after the movie became the stuff of comedy legend, the braintrust behind that adaptation has brought the vest-wearing, throat-ripping failsoldier back to TV, the place where he first started in the odd bygone days of January 2007. In its eight Peacock episodes, the “MacGruber” TV show may not have something quite as inspired or surprising as the sight of a charred husk of an SUV smoldering. But it does have MacGruber himself, Will Forte, in all his shrieking-at-the-sky glory. And that’s plenty.

After all, what takes that movie scene’s premise and sends it into the stratosphere is Forte’s reaction. The helpless pleading in the way he says “Tug? Tug? You guys OK??” is more “MacGruber” than any action-movie showdown or high-voltage aerial maneuvering. Even with all those years in between, Forte returns to a role that fits him like a friggin’ glove. As a co-writer on the series (along with Taccone and John Solomon, who also combine to direct most of the season), Forte is planted right inside his goofball wheelhouse, with his eyebrows arched and his voice artificially husky.

As far back as the original “Saturday Night Live” sketches, “MacGruber” plots have been incidental. It didn’t really matter how MacGruber, Vicki St. Elmo (Kristen Wiig), or any of his other associates got into a race against time to diffuse a bomb or disarm a nuclear warhead. What mattered was our hero’s utter disregard for urgency and self-awareness. In this new Peacock continuation, the time away hasn’t exactly sharpened his ability to plan ahead. MacGruber has the combat skills of Rambo and the attention of a goldfish. It’s a gift-wrapped comedy premise that the one man capable of undoing world-threatening schemes is the same guy whose buffoonery set the whole thing in motion. 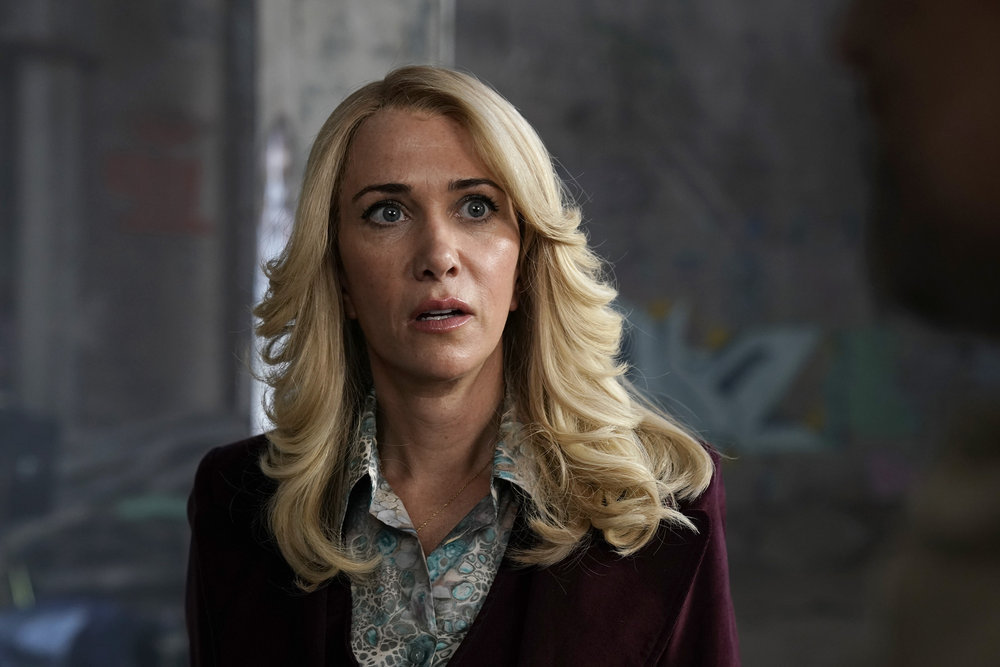 The target might be similar, but getting the old team back together isn’t easy. Dixon Piper (Ryan Philippe) seems intent on leaving a life of military danger behind, while Vicki has found happiness in the arms of her new husband, General Barrett Fasoose (Laurence Fishburne). Reuniting the movie’s main trio doesn’t go exactly according to plan, particularly as MacGruber ends up making more and more trouble for himself (and the rest of the world).

Even with the extra running time to play around with, “MacGruber” wisely lets Queeth’s world domination plot stay simple. He’s got a bioweapon, and he intends to use it. Forte, Taccone, and Solomon know where to focus the majority of the show’s energy. MacGruber may be the glue holding the show together, but even he’ll admit that he’s nothing without Vicki. Wiig hasn’t missed a beat either, filleting each punchline no matter the length. The show piles on some heavy lifting for Vicki, where she has to sell extended songs, lists, and entendres with a straight face. It’s a joy to see just how easy Wiig makes it all look.

No series with the line “I apologize with my whole heart, base to tip” is exactly zeroed in on emotional truths, but plenty of “MacGruber” jokes are hard to pull off without a sturdy straight man. That’s where Fishburne shines. He’s the no-nonsense military man forced to watch as MacGruber snipes enemies and tears out jugulars with ease, but then loses all sense of strategy shortly thereafter. Fishburne brings a commitment to the disaster movie gruffness that “MacGruber” needs to pull off its absurd other half. (Have no fear: Streaming has plenty of room for bare butts, over-the-top hookups, and increasingly gruesome ways for people to die in combat.) 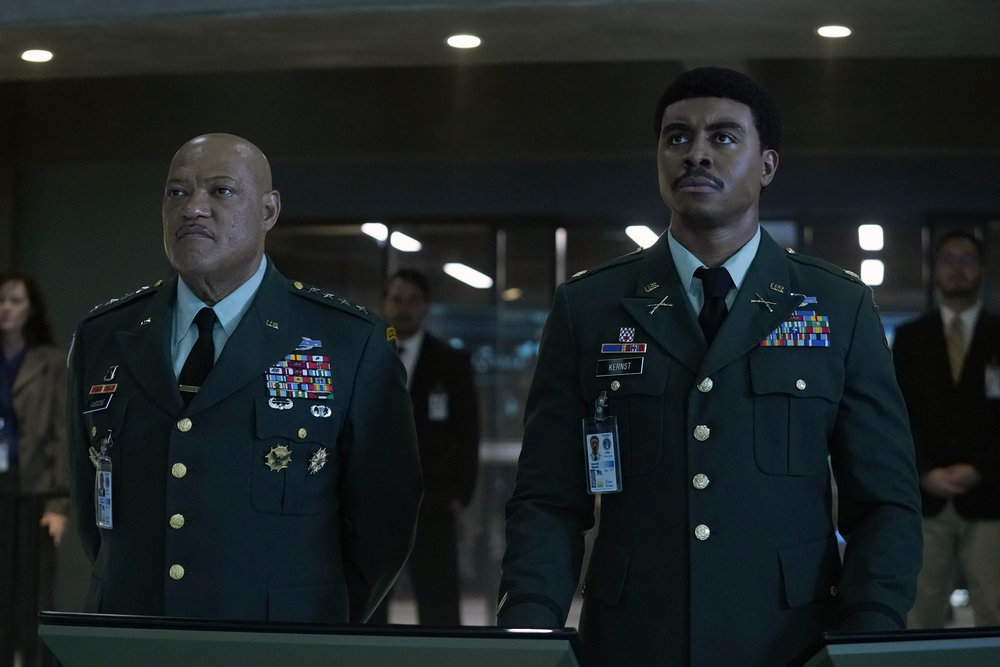 It’s almost impossible to describe a big chunk of what makes “MacGruber” enjoyable without just listing off a string of jokes that Forte, Wiig, and a handful of other lucky guest stars get to toss in the mix. Some are more subtle (MacGruber talking about how his dad turned to “drugs and liqueurs”), others punch you right in the eyeball. Anyone who’s a fan of the “I’m at the Pentogon” joke from the movie — full disclosure: that’s maybe the hardest I’ve ever laughed in a theater — will be thrilled to find not one, but two spiritual successors here. Couple them with the occasional random deployment of an angry animal sound and you have a sequel that knows just how much to call back to what made the original great.

And this is all before we eventually arrive at Sam Elliott, who is so dialed in to what this show needs that it’s somehow an even more impressive performance than he gave in “A Star is Born.” He’s the perfect example of “MacGruber” knowing exactly what it needs from everyone at each turn, slowly building up a moment to the point where it’s funniest to watch it all come crashing down. Goofy dresses, goofy names, goofy voices, or that trusty tape deck, “MacGruber” has everything you could want from a comedy homecoming nearly a dozen years in the making.

(Oh, and this whole season takes place at Christmas! However you choose to celebrate this December, this one’s worth adding to the list of year-end traditions.)

“MacGruber” is now available to stream on Peacock.

Every Episode of Marvel's 'What If…?' So Far, Ranked