Lucifer’s fate has been hanging in the balance for a while as fans were desperate for Netflix to renew the series after it was cancelled on Fox and bought by the streaming giant for season four.

After incredible popularity in its new home, Netflix posted to their official account Lucifer had been the “most popular show” for four weeks in a row.

It beat all of Netflix’s big-hitters as well as their original content.

And it wasn’t long after the network revealed the exciting news it will be returning, but there’s a disappointing twist – the next offering will definitely be its last.

Producers shared their thoughts on the decision, stating the show will now “end in the way it should”.

Executive producers Joe Henderson and Ildy Modrovich said in a joint statement: “We are so incredibly thankful to Netflix for resurrecting our show last season.

“And for now letting us finish the story of Lucifer on our terms.

“Most importantly, we want to thank the fans for their incredible passion and support.”

“The best is yet to come!” the writers added.

“Thanks to the Lucifans, #lucifer’s story will come to an end the way it should: the fifth and final season is coming to @netflix,” Netflix also posted. 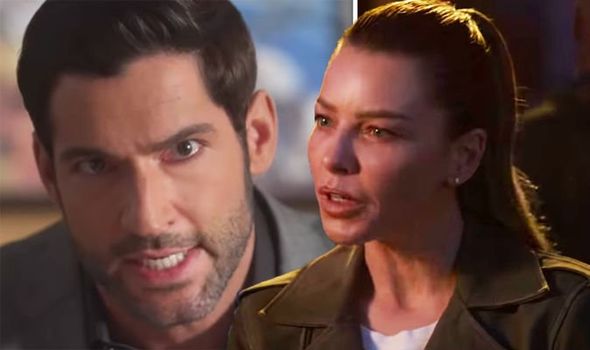 And while star Tom Ellis was absolutely thrilled and shared his owns posts of the news, he also recognised fans were disappointed the network had shut down any possibility of a sixth season.

“It’s beautifully overwhelming to know how much love there is for #lucifer out there…” he shared. “Thank you to everyone for your congratulations on the announcement of our final season.

“It’s bittersweet for us too but all good things must come to an end…always leave them wanting more!”

Viewers flocked to comment on the news, with one person saying: “If season 5 of Lucifer will be the last one, then I want it to contain 24 episodes!!! Or else… Season 6 #SaveLucifer #Lucifer #MORE #LUCIFANS #LuciferSeason5 #LuciferOnNetflix @LuciferNetflix #LuciferSeason6 #Netflix.”

“I’m trying to be happy for the renew, I swear I’m trying, but I simply can’t! I’m going to miss all of this too much… #Lucifer #LuciferSeason5,” another fan said.

A third agreed: “#Lucifer #Netflix It’s amazing that Lucifer as been renewed but not good it’s the last one #mixedemotions.”

While a fourth lamented: “I flipping love the #Lucifer series, I can’t believe it’s already reaching its final season but thank you to all the cast and crew for creating such an incredible, gripping and insightful show and @tomellis17 as Lucifer is some of the best casting I’ve ever seen.”

Not everyone felt the same, as one viewer offered: “Bless you @Netflix for a Season 5 for #Lucifer. I’m oddly glad to know that this will be the finale. Given the intensity of the show, it would be so easy to lose the charm of it all. Mind you, I don’t envy the writers…”

Lucifer season 4 is available to stream on Netflix now and season five is expected to start production this year.

'The Bachelor': Who Is Chris Harrison's Permanent Replacement Host?