The air hostess is struggling to cope after her romance with Curtis Pritchard hit the rocks.

After the 26-year-old suffered a string of meltdowns, frantic bosses ensured she got extra support from their team, including counselling.

But many viewers want to see them take further action and get her out of the villa for good.

One fan said: “I don’t think this is the right game for her. I think she’s too fragile for its harshness and doesn’t deserve to go through this.”

Another added: “They need to remove Amy, she is slowly deteriorating.” Love Island is famous for its roller coaster romances and drama, which make it a ratings hit for ITV2.

But viewers fear the format is too tough for Amy. One said: “If she is too emotionally fragile to go through a break up on the show she shouldn’t be on there.”

And another said: “If she is not fit to remain in that house then please remove her now.” Producers have insisted they take the wellbeing of contestants “extremely seriously”.

In a statement an ITV spokesman said: “We have dedicated welfare producers and psychological support on hand at all times who monitor and regularly speak to all of the Islanders in private and off camera, especially if someone appears to be upset. 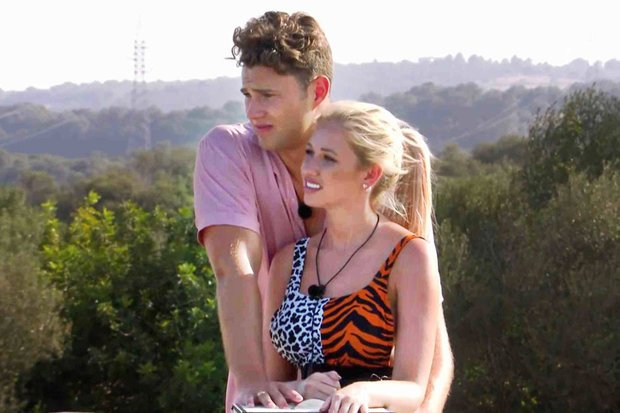 He told the Daily Star Sunday: “Love Island shouldn’t be about bashing people and  picking flaws in people.

“Sometimes people are bad with that sort of thing on social media. It can stem from a joke, but can spiral into being truly unkind. It’s important we are careful.

“Trolling can hurt. It affects the families too. The contestants are currently unaware of what’s going on but family and friends have to take the full force of online abuse.

“And then when contestants leave the villa the online stuff can be a shock for them. So we all need to be careful.”