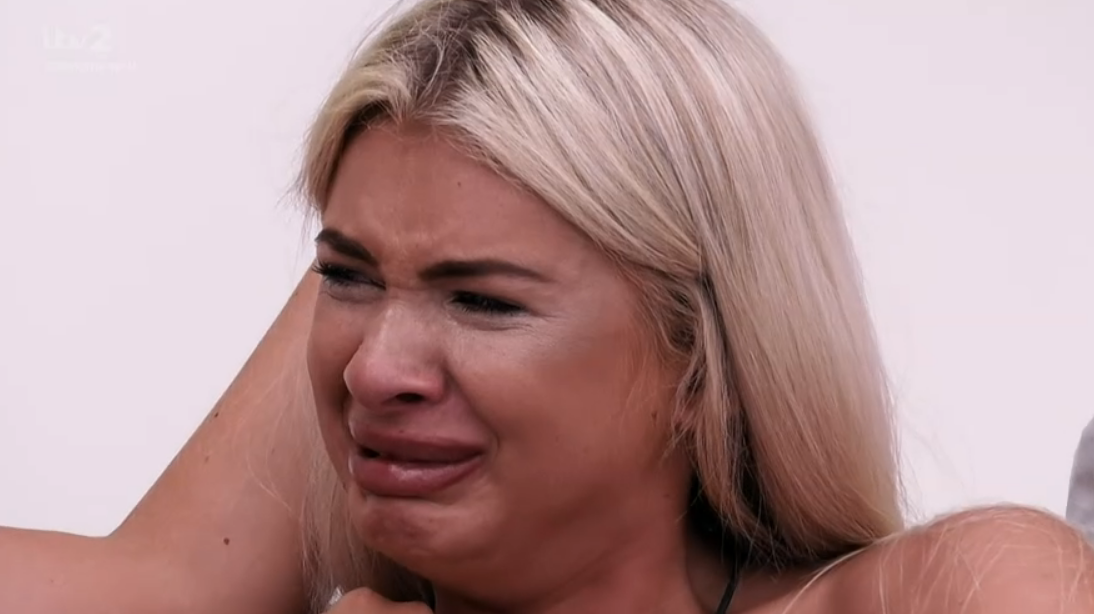 Liberty Poole is left in floods of tears as her relationship with Jake Cornish hangs in the balance in upcoming scenes on Love Island.

The pair have had a turbulent time in the villa in recent weeks after Liberty was shown a video of her boyfriend confessing he doesn’t want to ‘rip her clothes off’.

She also doubted his intentions when he confessed he loved her, however they managed to patch things up.

In a teaser trailer for Thursday’s Love Island it looks like more issues are set to come to light leaving Liberty sobbing.

The clip, which aired on Wednesday, showed a seemingly irritated Liberty storming away from the garden, removing her microphone pack.

We later saw the islander being comforted by the girls and becoming emotional as she tells them about the latest bump in the road.

‘Maybe we’re not right for each other,’ she says, before breaking down with tears streaming down her face.

Jake is also briefly seen in the trailer looking mostly unbothered, chilling outside with sunglasses covering his face.

Are Jiberty about to hit the skids with just days to go until the final on August 23?

On Wednesday night viewers saw the villa say goodbye to Mary Bedford and Aaron Simpson as they were dumped by public vote, having landed in the bottom two with Kaz Kamwi and Tyler Cruickshank.

Aaron said after their exit: ‘I wouldn’t change it for the world, I’ve made some amazing friends and bagged myself a worldie.’

Mary added: ‘The next step is dating, just some us time.’

Furious Florence Pugh, 24, hits back at trolls who told her not to date boyfriend Zach Braff, 45 – The Sun