Love Island star Curtis Pritchard was left in turmoil over the past week when he broke things off with Amy Hart.

He decided he wasn’t 100 per cent dedicated to her and came to the conclusion it would be kinder to end things.

However, she was completely heartbroken by the move having never been in love before but admitting she had fallen hard for the professional dancer.

But on This Morning earlier today, Curtis’ family were quick to defend their boy and insisted he wasn’t to blame for what happened.

Curtis’s brother, AJ Pritchard, and mum Debi insisted he had handled the situation completely correctly, despite leaving them in tears.

The latter said: “I think initially, truly, both Curtis and Amy, it was real. Every second of those four weeks were real. And the bubble was there.

“Amy’s friendship grew, and grew, and grew. And then when the bubble burst because of Casa Amor, Curtis was out of the bubble and maybe stopped to think, ‘Maybe Amy’s relationship was going at a faster rate than mine’.

“And he questioned it. And then it went all crazy.”

However, according to AJ, his brother could have handled things in a slightly kinder way.

AJ explained: “For me I think, Curtis is Curtis. He is so honest, sometimes a little bit too brutally honest the way he let her down.

“But the thing is, he was on holiday getting sunburned, eating too much and everything is done for him so there was that holiday romance.

“Then when he went into Casa Amor it gave him the chance to sit back, relax, give himself a bit more time to think and the opportunity actually was maybe, ‘I’m not feeling the same amount of love for Amy that maybe Amy was.’ He could’ve let her down a bit softer.” 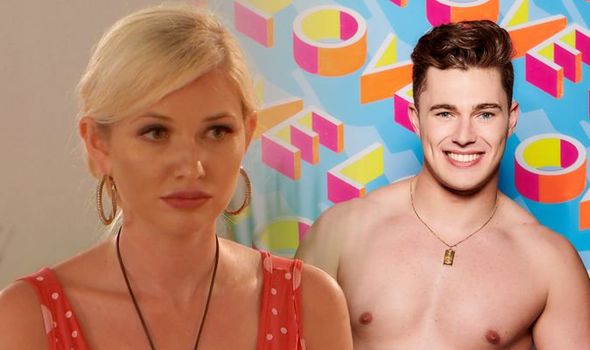 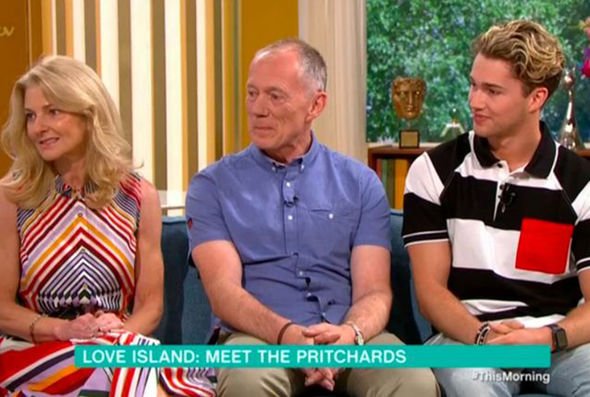 Debi added how there was going to be obstacles because neither of the pair of them are experienced with relationships.

She added: “Curtis has only had one relationship, which was his dance partner. So they were both sort of innocent of the pain of relationships…

“I was so proud of him because he knew both on the inside and the outside his popularity would decline for showing that he wasn’t playing a game. It was real.”

Furthermore, Debi explained how it was actually AJ’s “fault” Curtis was even on Love Island.

The proud mother said he was initially spotted for another dating show, but his brother told him to only do the biggest, which is undoubtedly Love Island.

“It’s his fault,” Debi laughed while pointing at AJ. “The turmoil is his fault.” 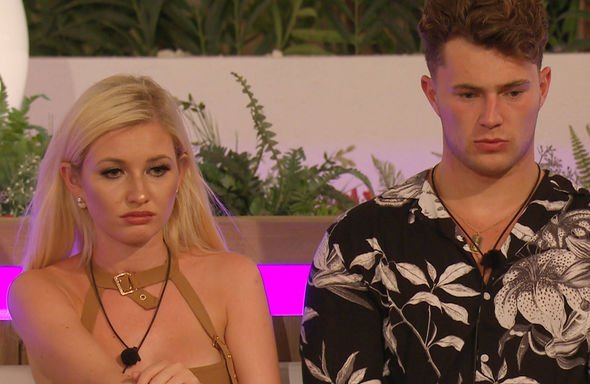 Debi became emotional during the interview as she contemplated how her boy is doing in the villa.

AJ added: “Yeah, Curtis wears his heart on his sleeve and if he falls in love with someone or he doesn’t, he just kind of does him and that’s the hardest thing.

“He doesn’t process things he just does them…Honesty is definitely the best policy and that’s what he definitely did.”

Meanwhile, there’s about to be a huge recoupling, but will Maura Higgins leave as the results ruffle feathers?