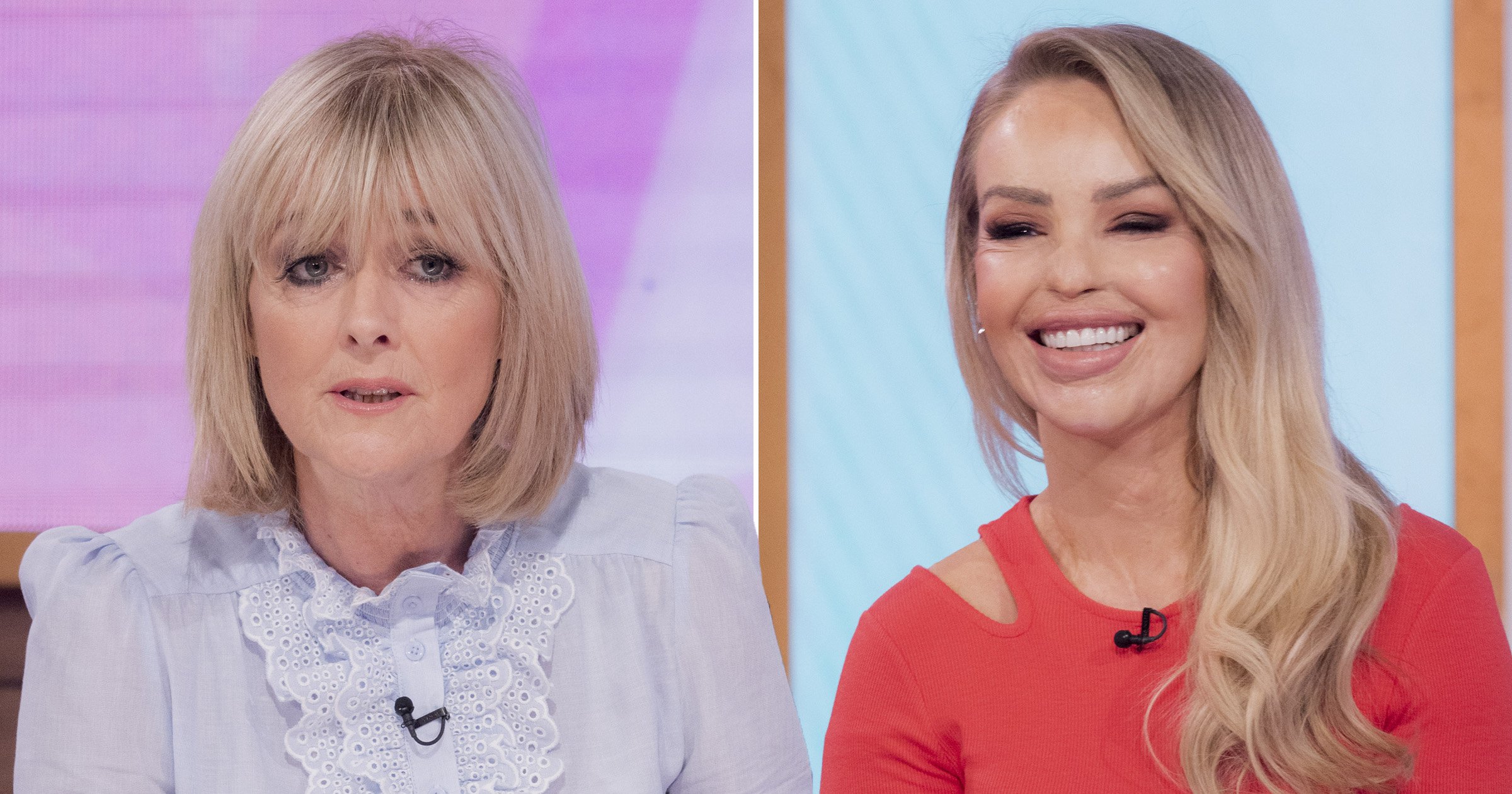 Loose Women stars Jane Moore and Katie Piper insisted they are ‘past’ the endless ‘rift’ rumours associated with the ITV panel.

In January this year, bosses strongly denied claims that the hosts – which includes Stacey Solomon, Carol McGiffin, Janet Street-Porter and Judi Love -were refusing to work with Coleen Nolan, after her agent called Nadia Sawalha a ‘nasty witch’ on Twitter.

Speaking to the Mirror, co-presenters Jane, 59, and Katie, 38, emphasised that their contrasting personalities on the talk show is the reason behind their ‘unique’ dynamic.

‘There’s nobody you dread working with as everyone’s there in their own right and brings something unique,’ Katie told the publication.

‘Everyone’s different in their own way, and that’s what makes the show fresh each time.’

While Katie was officially welcomed into the Loose Women family in August 2021, Jane has been a regular on the show right from the start in 1999 until 2002, and later re-joined the daily lunchtime hit in 2013.

‘I have an issue when people say, “Jane Moore and Nadia Sawalha cat fight on Loose Women.”

‘Please, come on, we’re past that. They never do it about two blokes on a news programme and it’s so lame.’

I’m A Celebrity… Get Me Out of Here! star and co-host Frankie Bridge recently expressed that she wasn’t aware of any behind the scenes drama and branded the claims a ‘real shame’.

‘When I first went on the show, I was nervous because I’ve read about all these feuds,’ she told The Sun’s Fabulous magazine.

‘I think it’s sad that this doesn’t happen on something like A League Of Their Own with a group of men. It’s just not mentioned.

‘I get on [with everyone]. There’s not one person that I would say, “Don’t put me on with them.”

‘Even during a heated debate on the show, during the break everyone’s fine. So I don’t know if it’s true or not, but I’ve just never experienced it,’ she added.

The leading ladies shared a cute moment during Friday’s show as they welcomed Stacey back with open arms, five months after she gave birth to her baby girl Rose.

‘I’ve missed you all so much. I’ve loved being at home in a little fuzzy baby bubble,’ she said. ‘But there are definitely so many days where I tuned in, “I wanna be there!”‘

Vikings season 6 release date, cast, plot, trailer: Will there be another series?