"What are you watching?" It's the perennial question. An update on our favourite show or series has long been a conversation starter: a chance to share standouts, bask in the promise of a good recommendation, and pick up valuable viewing information.

Whether free-to-air, cable, streaming, online or catchup, television has become the shared cultural form of this era. We live in the Television Age, when there’s too much on offer for anyone to see everything, yet we hunger for the next show. You can plot the collective level of fascination on a scale that changes every few weeks. Recently we've gone from Russian Doll, to Game of Thrones, to Fleabag, and now Chernobyl. Everyone seems to be watching something. 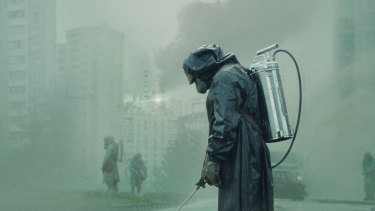 A scene from the HBO mini-series, Chernobyl.

"It’s a worldwide phenomenon," says French journalist and programmer Francois-Pier Pelinard-Lambert. "I'm not going to say that the cinema is disappearing, because film festivals are doing good business and the main cinemas are filled with people, but right now the conversation is around TV series because there's so much that is good and unexpected."

Excited about the medium he calls the "telly", Pelinard-Lambert is the editor in chief of Le Film Francais, a weekly magazine and website that covers French screen culture, as well as creative director of television conference Series Mania. The latter began in Paris in 2010 and features preview screenings for the public, talks by leading practitioners and industry events.

Series Mania forecasts tomorrow's viewing today and Australia hosts its one and only spin-off. The Australian edition this year is a bit smaller in size than the original, because ACMI is renovating, but it still shows how television has expanded. The Capitol Theatre will host the event for ACMI.

This year over 1300 scripted dramas and comedies were sent through for consideration by Series Mania. The next unmissable show, he believes, could easily come from Chile or Belarus.

"All around the world there is a curiosity around something that's not from your perspective," he says. "If you're coming from an Anglo-Saxon perspective you can now discover something from Spain, something from Germany, you've got more choice. The barrier of language and the subtitle is disappearing."

Depending when you were born, television's growth looks astounding or matter-of-fact. I grew up in 1970s rural Victoria with just two channels – the ABC and a local commercial station – available via a big box perched on four stout legs that had just mastered colour images. My own children, with youthful insouciance, casually flit from Netflix and Stan to YouTube and ABC iView and are flummoxed when a show isn't available on demand. The idea of only being able to watch something at the specific time it airs bemuses them. 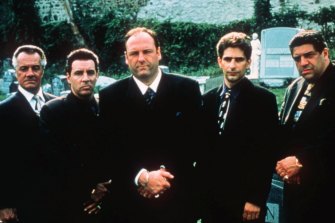 The runway to today’s Peak TV stretches back decades. Television drama has always attempted to find a balance between quality and quantity, even if the need to broadcast hour after hour skewed shows towards the latter. In the 1980s, there was American police drama Hill Street Blues and the remarkable British nuclear thriller Edge of Darkness, before the debut of The Sopranos in 1999 opened up moral ambiguity, storytelling techniques, and detailed performances through the likes of Six Feet Under, The Wire, Mad Men, and Breaking Bad. Simultaneously reality television was forming a very different screen future.

"I grew up in theatre and moved into film, but although I watched TV I never anticipated making TV. That just never occurred to me," says Sophie Hyde, Adelaide-based writer, producer and director. "As it started to change I remember thinking, ‘Oh this is amazing, people are doing characters over a long period of time'." 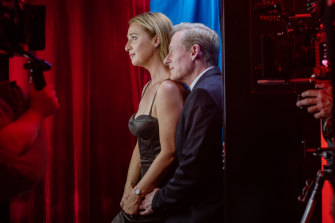 The Hunting, starring Asher Keddie and Richard Roxburgh, is coming soon to SBS.

Hyde’s new four part drama, The Hunting, is one of the shows making its debut at Series Mania. Screening later this year on SBS, it’s about the fallout with parents and teachers from the sharing of nude photos among a group of high school students. With Asher Keddie and Richard Roxburgh getting top billing, it's the first full length series Hyde has made after she moved into television with 2017 micro-sized ABC comedy F***ing Adelaide. Her independent credits include 2013's acclaimed 52 Tuesdays and the forthcoming Animals.

"It’s such a weird thing to come from the drought effect of filmmaking, where you're pushing a boulder up a hill, then to step into television where there are open arms asking you to come to them with material," Hyde says. "I’m focused on stories about outsiders and fringe-dwellers, so it's amazing to me that people want me to put it out in the most popular form."

The rise of television suggests we still have a strong collective hunger for storytelling. As Hollywood cinema has increasingly gravitated to the blockbuster spectacle, television has fastened onto detailed plots with complex motivations, involved repercussions and that perennial favourite, the judicious twist. For television's showrunners, who oversee every aspect of production, that's a rewarding canvas.

"Storytelling is the way that we understand the world or challenge the status quo or confront things in our own life, and the biggest audience for storytelling is the one watching television," Hyde says. "It’s the place where so many conversations come from. With The Hunting we had interesting, dramatic work with characters you wanted to follow and would care about, but at the heart of it is an issue where what we believe peoples' beliefs can shift and evolve." 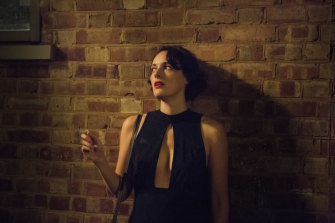 Both Apple and Disney will launch their own streaming services over the next 12 months, looking to take on Netflix and its 150 million worldwide subscribers. There's such a demand for original content that the infrastructure can't keep up. There's a global shortage of creators who can develop and execute a series, with a brain drain seeing Australian creators increasingly being drawn to Los Angeles and London.

"A few years ago people would ask me, 'Have you got an American show?’ Now the question is, 'What shows have you got?'" reports Hyde, who now has an agent and a manager representing her in America. "They’re not afraid of it being set in Australia or about Australians anymore."

At this point there are no requirements for international streaming services such as Netflix or Amazon Prime Video to commission and produce original Australian content. Sophie Hyde believes "100 per cent" in the merit of content quotas, as does Francois-Pier Pelinard-Lambert. The European Union is moving to regulate the leading streaming services, forcing them to ensure that at least 30 per cent of their catalogues are produced in Europe.

But beyond the question of who will make the television we watch more and more of, there’s the issue of how we're watching it. To binge a show is now the norm – one episode watched after another, enabled by an autoplay function that negates the need for a conscious decision. We're watching a year or more of detailed work in a weekend, all the while worrying that we should be watching something else.

"There are people who fast binge. On the internet there are websites where the reviewers provide tips for watching a series faster. They go through every episode and say, 'you can jump from 11 minutes to 17 minutes because nothing really happens in there'," Pelinard-Lambert says. "The main concern of many viewers is that they're missing the next big show. They have lots of series on their list and the very American notion of Fear of Missing Out."

Social anxiety over television viewing – the fear of not being able to answer "what are you watching?" – is such that companies in Britain and America now provide for a fee pop culture coaches, who can brief clients on the shows they should name-drop.

"People will pay for this malarky," notes Lauren Rosewarne, an author and senior lecturer at Melbourne University, who sees deeper social issues at work in television’s cultural ascent. Staying in to watch a new series, Rosewarne believes, allows us to create a 21st century cocoon, free of social demands.

"People just want to find their soulmate and settle down, and my guess is that it's partly because they want to stay home and watch TV and it would be nice to have someone on the couch with them," Rosewarne says. "One of the advantages of quality streaming TV is that you don't have to take your pyjamas off anymore. That's connected to our human desire to nest, which we've always had but it just wasn't as apparent when the choices were Hey Hey It's Saturday or The Bill.”

"It’s happening at the same time that the internet has already made us anti-social," adds Rosewarne. "We've been training for this for 10 to 15 years under the guise of social media. We think of ourselves as social people, but we do it at home alone online. An extension of that is that television provides another good excuse to be by yourself and not socialise." 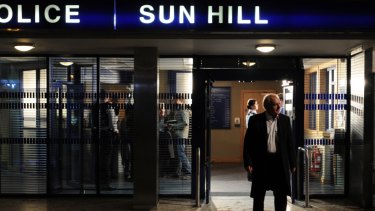 There's an unofficial stand-off between the way television is increasingly providing shows about diverse cultural, sexual, and demographic groups and the way that talking about them allows us to sidestep the sometimes pressing issues these programs present.

"Not only are we divided politically, but we're also constantly calling each other out for opinions considered to be unacceptable. People are exhausted by that and want to avoid that, so television provides an escape that's not so value-laden," Rosewarne says. "Ranting about politics exposes my beliefs and probably yours, but talking about Russian Doll gives you less opportunity to judge me and my values."

"What are you watching?" might be our initial query, but ultimately "why?" is just as crucial.

Series Mania Melbourne is at The Capitol Theatre on July 4 and 5. acmi.net.au/whatson.

Black Bitch (ABC): Set to screen later this year, this contemporary Australian drama stars Deborah Mailman as an Indigenous politician whose sudden media profile following a tragic event brings her into the orbit of a cunning Prime Minister, played by Rachel Griffiths. Race, power and gender are all in the mix, with Rachel Perkins (Jasper Jones, television's Mystery Road) directing.

Lord of the Rings (Amazon Prime Video): With a budget reportedly in excess of $1.3 billion, Amazon’s return to Middle Earth is shaping up as the most expensive television series ever made. A prequel to Peter Jackson’s Tolkien trilogy, the show will be set in an earlier age when events such as the forging of the legendary One Ring occurred. No cast yet, but a map has been released online, much to the delight of devotees. 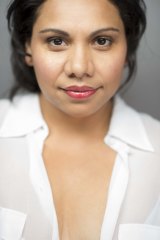 The Morning Show (Apple TV+): Apple has announced plans to launch its own streaming service in September, and this comic-drama about events on camera and behind the scenes at a network breakfast television show brings the star power – Reese Witherspoon, Steve Carell, and Jennifer Aniston are the headliners – with two 10 episode seasons commissioned.

Watchmen (HBO/Foxtel): Alan Moore and David Gibbons' 1986 graphic novel series about an alternate past where superheroes flourished and were then banned in America is a canonical comic book work. A 2009 film adaptation fell short, but this reimagined series due later this year is helmed by Damon Lindelof (Lost, The Leftovers) and has the length to engage with the complex source material.

Michelle Stafford Teases Return to Y&R: 'I Spent a Long Time Researching' What Phyllis Has Been Up To

Nicole Kidman: ‘Big Little Lies’ Season 3 Stories Are Being Worked On and ‘Just Need to Solidify’