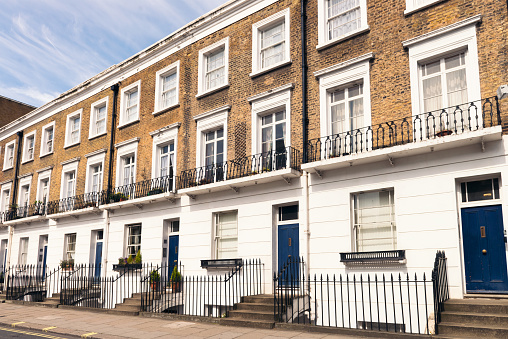 The average cost of renting a flat in the UK has grown by 11% in the last quarter – the highest rate recorded since 2008.

So, as if London rents weren’t crippling enough, they’re about to get even more expensive.

In fact, the typical single-income household in the capital is spending 52% of its monthly incomings on rent.

But new research, from rental platform Rentd, reveals that while rental prices are on the rise in London – with 88% of postcodes now higher – there are certain pockets where this isn’t the case.

In SW1, around Westminster and Belgravia, the average rental value is currently 22.2% lower than it was in December 2019.

What’s more, in Earl’s Court (the SW5 area) prices are currently 13.6% lower than they were pre-pandemic.

Founder and CEO of Rentd, Ahmed Gamal, said: ‘Despite a very tough pandemic period, the London rental market has bounced back at an alarming rate and rental values are now exceeding their pre-pandemic benchmarks in many areas of the capital.

‘This has been driven by a revival in tenant demand, both domestic and foreign, as the city has returned to normality both from a professional and social point of view.

‘However, not every pocket of the London rental market has performed as well and tenants can still find some very good bargains when looking in the right place. But given the wider performance of the market, it’s unlikely these rental market bargains will be around for very long.’

Steven Spielberg’s ‘The Fabelmans’ to Premiere at TIFF 2022, the Director’s First Appearance at the Festival