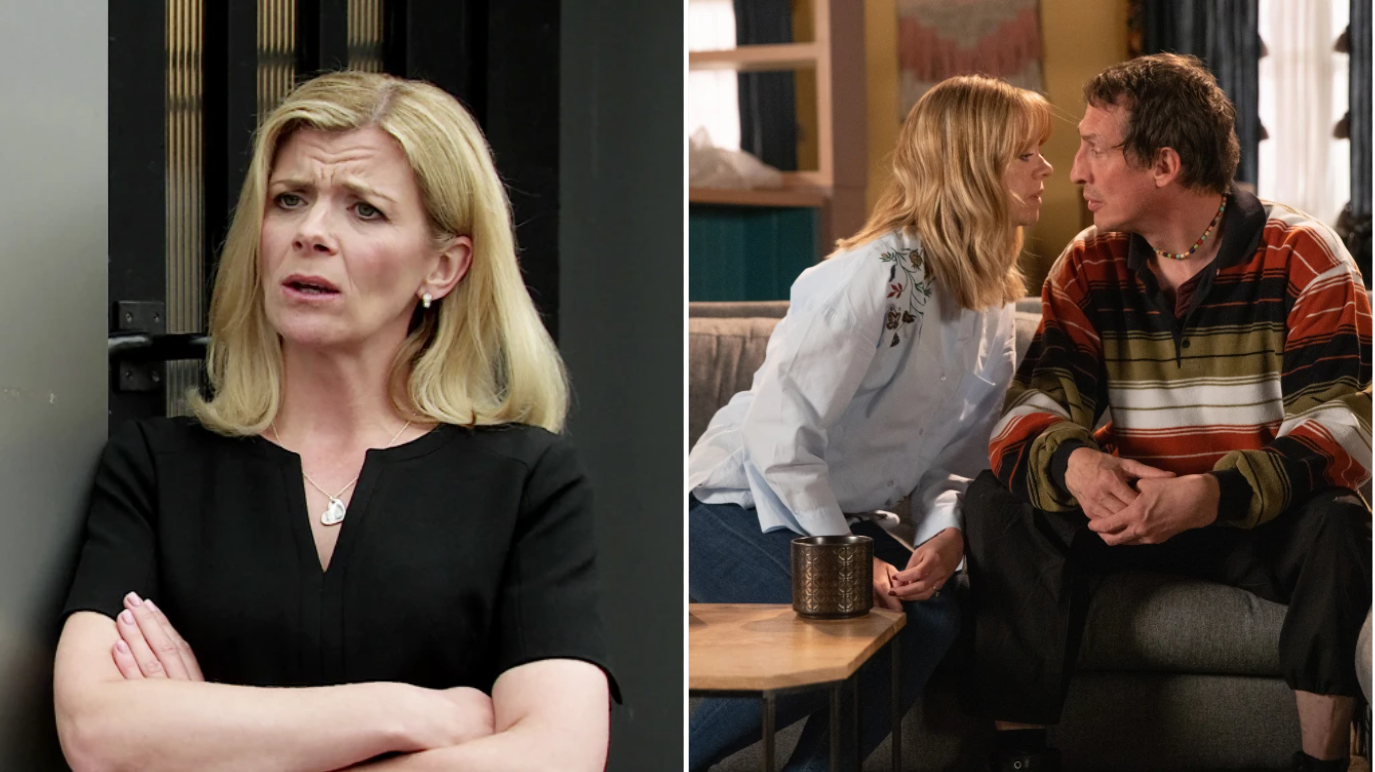 The problem with Spider Nugent (Martin Hancock) returning to Coronation Street after years away, is that we don’t actually know what he’s been up to since he left.

Spider has grown into a middle-aged man while away from the cobbles and probably had no intention of returning.

This means he’s no doubt accomplished a lot in his life, but has he started a family?

On his own, Spider makes a call and explains he’s been up to his eyes and cannot wait to get back.

This sort of comment could be made to a friend, but what if it’s Spider’s partner, and he’s lying to Toyah?

Coming up next week, Spider’s uneasy when fellow protestor Griff introduces himself to Toyah, who’s happily looking forward to another demo.

Back from the demo, Spider tries to convince Toyah that Griff’s a loose cannon and she should steer clear as she’s on bail.

Suspicious of Spider and worried about Toyah, Leanne (Jane Danson) accuses him of leading her sister astray and predicts disaster around the corner.

If Toyah keeps getting involved in Spider’s protests, could she end up facing extra time behind bars?

And what about Spider’s secrets, what’s going on there?

Will it transpire he has a partner and is cheating with Toyah, or is he hiding something else?