When viewers first met Villanelle (played by Jodie Comer) in the debut season of Killing Eve she was someone who didn’t hold back when it came to the finer things in life, particularly when it came to her rather enviable wardrobe.

One of the most iconic outfits in the first season on the BBC series saw Villanelle sport her frothy pink Molly Goddard dress as the assassin lived a rather luxurious lifestyle.

However, following on from the events of the season one finale, Villanelle is notably stripped of all her finery as she admits herself to hospital because of her stabbing wound inflicted by Eve Polastri (Sandra Oh).

But while there, she befriends a young patient and takes a pair of his pyjamas which she reluctantly teams with a pair of nurses’ shoes.

I’m not getting away with that

In light of Villanelle’s complete sartorial switch-up, actress Jodie has revealed what she thought of the character’s new look.

Speaking to press including Express.co.uk, she divulged: “She’s completely stripped of her luxuries and I remember them bringing me that fabric for the pyjamas and I was like ‘no way’.

“It was like a Lycra material and I was like ‘I’m not getting away with that!’ and they were like ‘we’re making it really small because they would be really small’.

“But it was great to play that you know and then you see past the pyjamas because this woman is in such a dangerous position and somehow the pyjamas just become Villanelle. She just ends up working them.

“I actually feel like the pyjamas are like the Molly Goddard moment of series one. But she gets her clothes back which was a lot of fun to play with. 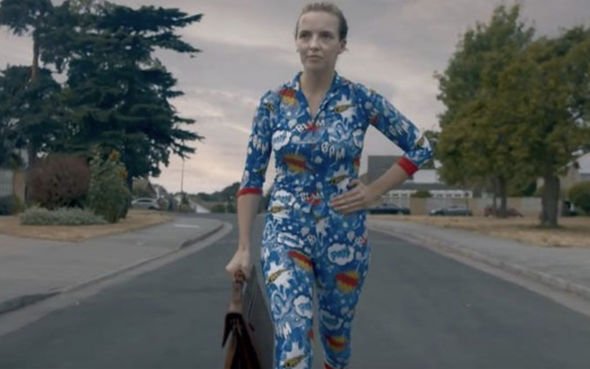 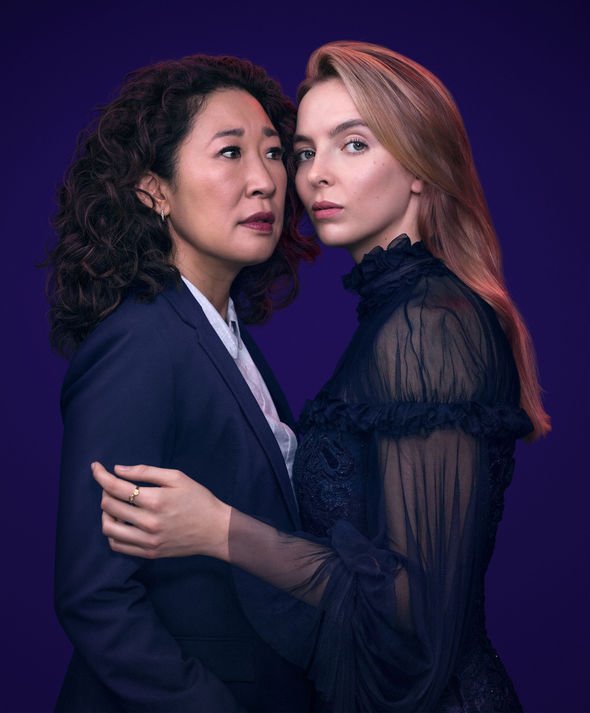 The second season begins mere seconds from where the last one left off, where Villanelle escaped from her own apartment and Eve with a stab wound.

The first episode sees Villanelle employ some dramatic methods in order to see that she gets herself to hospital to be treated.

Jodie also reflected on the classic Villanelle moments that emerged in the beginning of the second run.

She said: “Throwing myself in front of a taxi so that she can get to a hospital was probably number one. Not many people would go to those lengths to do that.

“But yeah, there was many and I think she’s genuinely fearing for her life and her life is the most important thing to her and she will go to any lengths to ensure that she survives.” 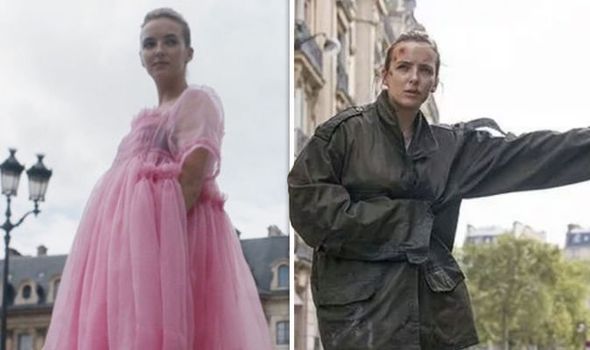 The eight episode second series is dropping all at once on BBC iPlayer.

Although, it has already aired in its entirety in the US.

The first instalment achieved world-wide acclaim and picked up several gongs at the BAFTAs earlier in the year.

Jodie won Best Leading Actress, while Fiona Shaw scooped the prize for Best Supporting Actress for her role as Carolyn Martens and the series triumphed in the Best Drama Series category.

Killing Eve season two starts tonight at 9.15pm on BBC One, after which all eight episodes are available to watch on BBC iPlayer.