Kelly Clarkson has been noticeably absent from her presenting duties this week and it seems her fans are not happy about it! The singer, who has hosted her own chat show since 2019, has been replaced by a number of familiar faces instead which has been sparking concern among her followers.

Posting on Instagram, the official page for the NBC chat show posted a video from Tuesday’s edition of the programme, showing a baking segment with Niecy Nash and Susie Cakes Bakery, but rather than comment on the video, fans were quick to take the opportunity to ask where about the main host’s whereabouts.

WATCH: Kelly Clarkson collapses after being upstaged by Anne Hathaway

One person wrote in the comment section: “Missed Kelly. Couldn’t watch today.” Another echoed the concern about the absent presenter, writing: “Kelly if you don’t come back I’m gonna stop watching.”

A third asked: “Where’s my girl,” as a fourth simply put: “Where’s Kelly?!” Meanwhile, a fifth fan added: “As loyal caring fans that love Kelly tons, we desire not to violate her privacy in any way, but hope only for a hint that things are fine and that she is o.k.!!” 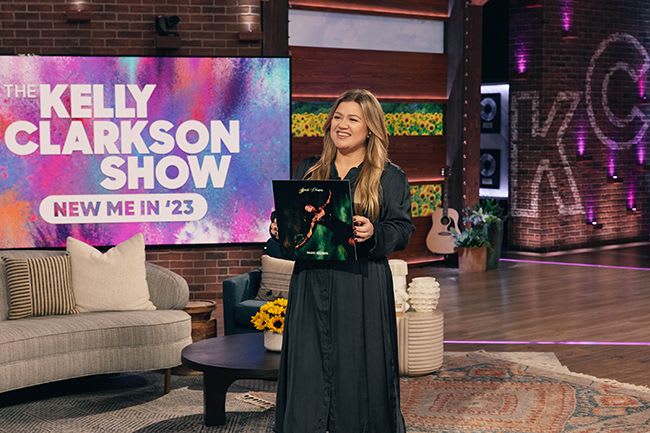 Are you a fan of the show?

The American Idol winner was previously missing from the show in December when she suffered from a bout of illness. It’s not been confirmed why the star is missing this time, but it has been reported that the episodes filmed when she was away are being aired this week, as well as some previous episodes from December. We’re sure fans will be reunited with the star soon!

Meanwhile, America’s Got Talent star Howie Mandel took the presenting reins on Monday when he guest hosted the NBC programme.

A post shared by The Kelly Clarkson Show (@kellyclarksonshow)

Joining Howie as guests was his fellow AGT star, host Terry Crews, who opened up more about his trademark muscular physique and finding the humor in it.

The second guest was Howie’s own daughter, Jackelyn “Jackie” Schultz, who played some games on the air with the duo.

It Looks Like Anavrin, the Store from 'You' Season 2, Is Totally Based on a Real Grocery Store