The Labour leader stammered and mumbled to himself during the chat after several supposed sound glitches, making for very awkward viewing. 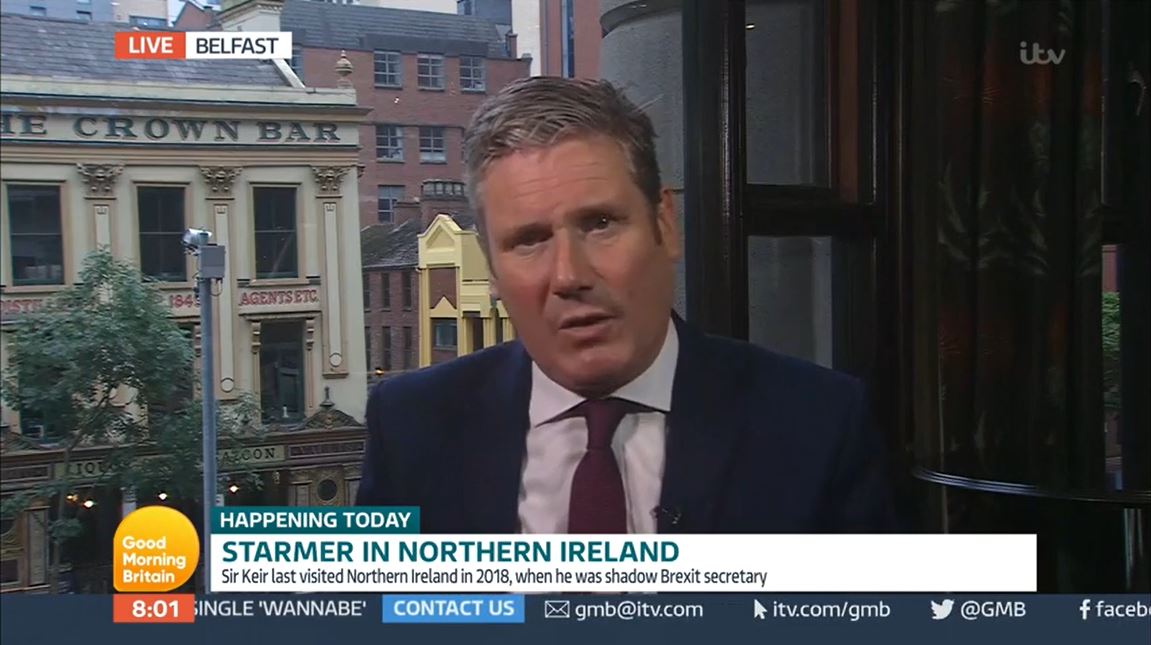 But viewers were sceptical, accusing him of pretending to be experiencing technical difficulties so as to avoid answering.

Alastair asked the politician about how trust in the UK Government in Northern Ireland is just six per cent, which he described as a "potential catastrophe waiting to happen".

But speaking via video link from Belfast, Sir Keir responded: "I've lost the feed there I'm afraid Alastair, but I think errr, the gist is that the trust here…"

He then mumbled, left a long pause and continued: "Here in Ireland, small things have huge meaning."

Susanna poked fun at Sir Keir, commenting: "Ok, this is an interesting interview Sir Keir because it's almost like you're having to guess the end of our questions."

Susanna then tried to quiz him on losing trust in Labour supporters.

She said: "You lost the Hartlepool by-election, you weren't the party to take," before Sir Keir cut in.

Again, he blamed the dodgy signal for interrupting the televised chat.

A smirking Sir Keir then continued to talk while Susanna asked if he could still hear her.

She went on to say: "I hope we're not just choosing which questions and which facts we can hear, it's a classic spin tactic I would say."

One Twitter used said: "Starmer making out he couldn't hear the questions, he was selective at what he chose to answer lol made himself look a right muppet."

A second wrote: "Pretending not to hear the question so he can ask and answer his own questions, respect."

Another posted: "That was one one hell of a car crash interview with Starmer and the presenters."

And one commented: "Is Keir playing a game here?? I'm suspicious. LaLaLaLaICantHearYouOhNowICan."

Here’s how much Jimmy Fallon makes from The Tonight Show