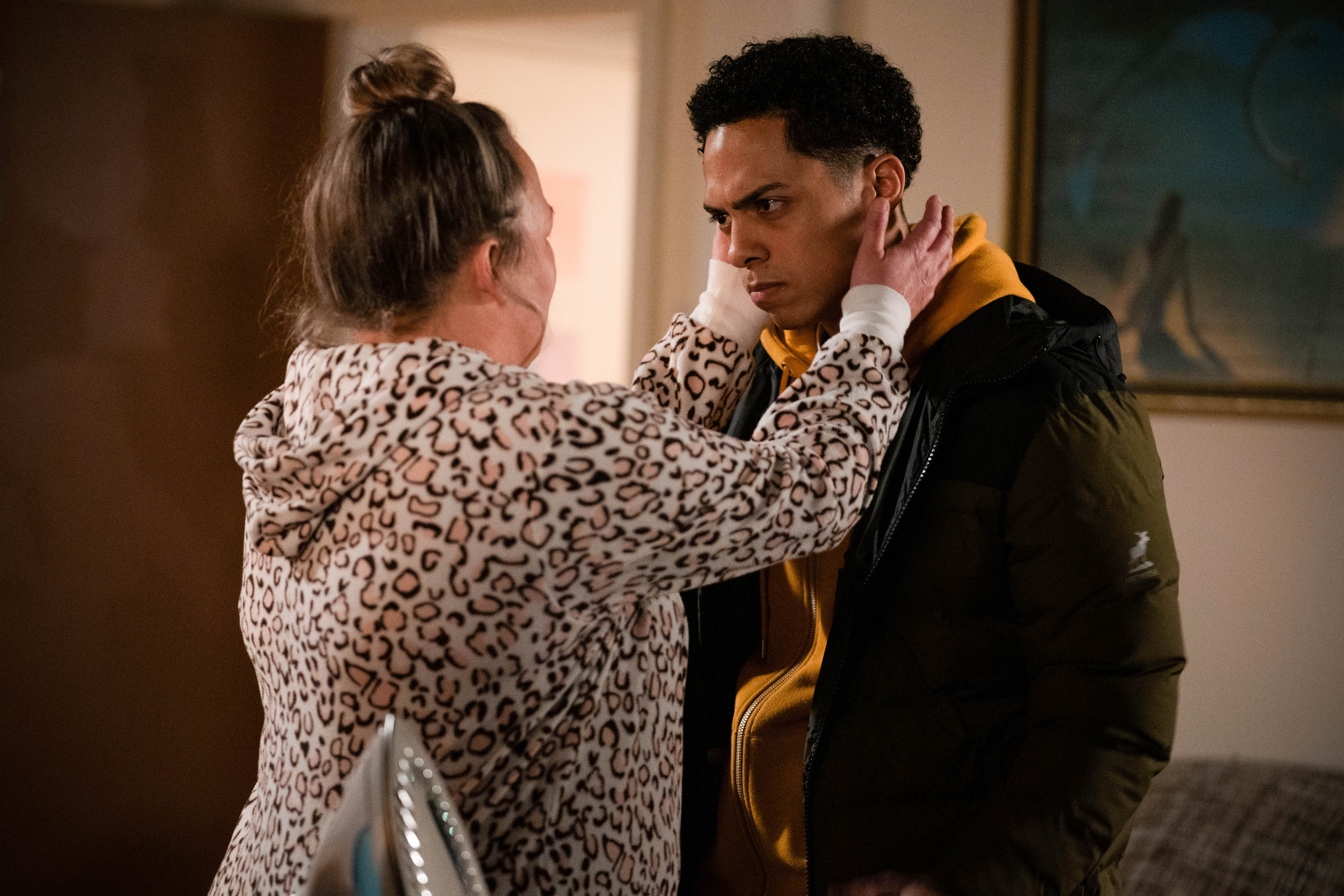 The discovery that Gray Atkins (Toby-Alexander Smith) was responsible for Chantelle’s death on EastEnders has rocked the citizens of Walford to the core. The awful truth about what she suffered at Gray’s hands over months of abuse before her death is particularly hard to deal with for the people who loved her.

Keegan (Zack Morris) takes it all particularly hard. As much as he wants to support Karen (Lorraine Stanley) and Mitch (Roger Griffiths) and to be there for Chantelle’s children, Keegan is also struggling under a terrible burden of guilt himself.

He feels that he should have known what was happening to Chantelle and should have been able to do something about it. He’s devastated at the thought that Kheerat (Jaz Deol) was so involved in trying to bring Gray to justice, while he wasn’t doing anything to help.

As Mitch and Karen fall apart, accusing each other of not noticing the signs of what Gray was doing to Chantelle, Karen kicks Mitch out. Bailey (Kara-Leah Fernandes) pleads with Keegan to do something to bring his family back together, not realising that her brother is struggling himself.

Vinny (Shiv Jalota) and Kat (Jessie Wallace) do their best to help Keegan, but he’s on a downward spiral to self-destruction and has a huge row with Karen.

As he struggles to hold things together, there’s possibly only one person who could get through to him. As Tiffany Butcher (Maisie Smith) makes her return to Albert Square, could she be the one to get through to her troubled ex?

Mark Your Calendars: Friends Returning to Streaming May 27