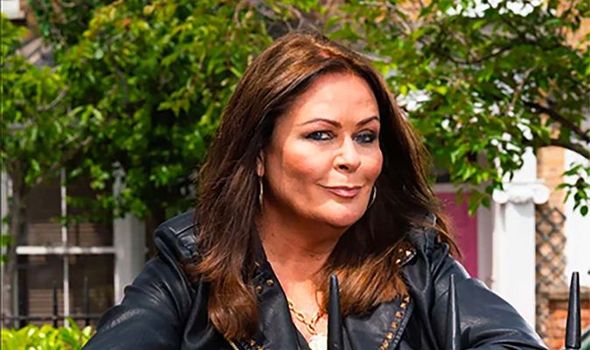 “I got chosen to be in a three-boy, three-girl group put together for Eurovision. We were called Prima Donna and I got Jane involved in that because I was older than her ‑ she would do what I told her! ‑ she could sing and she looked great.

“We went to The Hague and came third. If anyone did that these days I think they would be pleased. However, we were like, ‘Oh no, we haven’t won, isn’t that awful!’”

But it certainly made a change from dodging beer glasses.

“Until then, I had just been doing cabaret clubs up and down the country, and I remember thinking if you can do that, you can do anything. Saturday nights in Newcastle with bikers throwing glasses at you… I’d had all sorts of things happen to me on gigs. It gives you great confidence.”

This confidence has sustained Kate through a varied career which has included not only singing, but mimicry, acting and writing. She even wrote the TV theme tune for Cilla Black’s Surprise! Surprise! Now 63, she finds herself involved in another talent contest ‑ a fictional one in EastEnders in her role as a showbusiness agent.

“My character Jen Glover is like a version of Sharon Osbourne,” she says.

“I’ve met a lot of people like this down the years so it wasn’t difficult for me to imagine. The real revelation for me was just how good Whitney (Shona McGarty) is. She’s incredible, she really is.”

Kate says she had fun “designing” her outfit ‑ and finding the accent.

“I’m naturally a northerner, so obviously being in EastEnders, it’s a question of changing your voice a bit.

“As for how she looks, well, I chose most of the clothes with the costume designer, and I said, ‘Let’s go rock chick, old rock chick!’ There’s a lot of faux leather.”

There’s nothing fake about the real person though. Down-to-earth and chatty, she was born in Kent into what she recognises was a “showbusiness family”.

“We joke you’ve got to do an audition to get in!” she says. Along with her brother, comedian Ted, the next generation of showbiz success is assured, with her daughter, Emily Atack, now with her own TV show. And family links go even further.

If Kate ever does Who Do You Think You Are? she can always volunteer the name of Sir Paul McCartney. “Everyone in Liverpool says they’re Paul’s cousin. People just used to laugh when I said it.”

Yet her dad Mike was a “big influence” on the Beatles’ early career, she reveals.

“I went down to Dad’s in Reading. Dad put them on, and I said, ‘Dad, have you got the posters, they’d be worth a fortune!

“There is a plaque there today. They unveiled it a few years ago saying they played here, their first ever professional gig as ‘The Nerk Twins’.

“My dad was a comedian and an entertainment type. Paul always said about my dad, ‘Mike Robbins was a big influence on me, he was married to my cousin Bet’, and they’re mentioned very lovingly in the [Beatles] Anthology.

“Nobody’s got a proper job in my family.”

And she sang with Macca, too: “I sang on one of Paul’s albums. I got a credit on Press To Play.

“He booked me as a professional singer, me and a girl called Ruby, and yeah, we just went and did our job.

“In those days, I was just a backing singer. Then I had a hit of my own and then I got headhunted for comedy, so my career has been very diverse.

“I’m what you would call in the old days a variety performer.”

Her pinpoint impressions landed her a job on the then new Spitting Image on ITV.

“It was an amazing job at the time,” she says. “I was having children and happily married, but as you get older and your kids get older, I didn’t want to just do impressions anymore. I wanted to go back to acting.”

Kate is famous for doing the Queen. She also won over another Royal fan: “When I met Princess Anne she was lovely. Someone said, ‘Oh Kate’s an impressionist’ and she thought I was an impressionist painter!

“Then someone pulls her aside and says, ‘Ma’am, Kate is an impressionist who does impressions of you on Spitting Image actually, and she said, ‘You couldn’t do me, your nose isn’t big enough!’ At least she had a good sense of humour.”

She says she is proud to have managed a career while looking after three children. “I never toured when the babies were young,” she says. “I was often asked to do tours, or be in musicals, and I always put the kids first.

“I always used to say, ‘I’ll wait until they’re 18, at university or working, and then I’ll go away’. My husband at the time [Keith Atack] was a touring musician with Bonnie Tyler for many years. He was often away, and there would’ve been nobody at home. You can’t both tour! We’re divorced now but we’re good friends.”

Kate adds she is vowing to stay single ‑ “unless it’s Monty Don!”. A close-knit family, they were all tested recently when brother Ted collapsed on stage alongside comedian Peter Kay.

Kate said: “I think he’d been doing panto and was absolutely exhausted.

“He had a cardiac arrest and it was terrible. But as a family we were all there, we all rushed to the hospital with him, we all prayed and he got through.

“The paramedic who ran on stage is now a lifetime friend of my brother’s. He gave him CPR and I think he broke something like 12 of Ted’s ribs to get to the heart, but Ted’s still a really good friend of his.”

There’s no shortage of work for Kate. She has written a musical and is also waiting to hear about a sitcom: “I’ve done everything. I’ve been in a musical, Club Tropicana. I’ve written a musical recently. I’ve worked with Ricky Gervais in Afterlife ‑ that was a goal I wanted to do. And I’ve done EastEnders now, so there you go, it’s all good.

“My 50s was my worst decade, because of divorce and then a lack of work, and then being a bit meh. But my 60s have been ace.

The truth about Josiah and Lauren Duggar’s romantic life