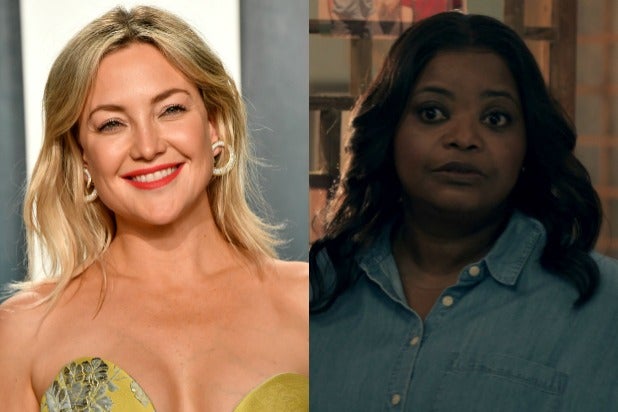 Kate Hudson will star opposite Octavia Spencer on Season 2 of the Apple TV+ series “Truth Be Told,” the streaming service said Friday.

The second season of the drama series, which was renewed in March, will see Spencer reprise her role as Poppy Parnell, a podcaster who reopened the murder case that made her a national sensation and was forced to come face-to-face with the man she may have mistakenly helped to put behind bars (played by Aaron Paul). The events of the new season will unfold around a new case.

For Season 2, which is set to begin production in Los Angeles Oct. 26, Hudson will play Micah Keith, “a lifestyle guru and longtime friend of Poppy Parnell (Spencer), as a new case that deeply involves both women unfolds and quickly puts their relationship to the ultimate test,” per Apple.

The first season of “Truth Be Told” launched in October 2019 and featured Paul and Lizzy Caplan opposite Spencer. There’s no word yet on additional casting for Season 2 beyond Spencer’s return and Hudson’s arrival.

“Truth Be Told” is created by Nichelle Tramble Spellman who is showrunner and executive produces alongside Spencer, Reese Witherspoon and Lauren Neustadter for Hello Sunshine, Peter Chernin and Jenno Topping for Chernin Entertainment, and Mikkel Norgaard.

Hudson is best known for her roles in “Almost Famous,” “How to Lose a Guy in 10 Days” and “Bride Wars.” Most recently, the Golden Globe Award winner and Academy Award-nominated actress appeared in “Deepwater Horizon” with Mark Wahlberg and in “Marshall” opposite Chadwick Boseman and Sterling K. Brown. ‎

Hudson is represented by CAA and Untitled Entertainment.

The first season of “Truth Be Told” is available for streaming on Apple TV+.

It's October 1, Time For $5 Horror Movies