JODIE Whittaker was pictured laughing hysterically while filming for the next series of Doctor Who.

The 36-year-old actress posed for selfies with fans who got a sneak peek around the set outside Gloucester Cathedral. 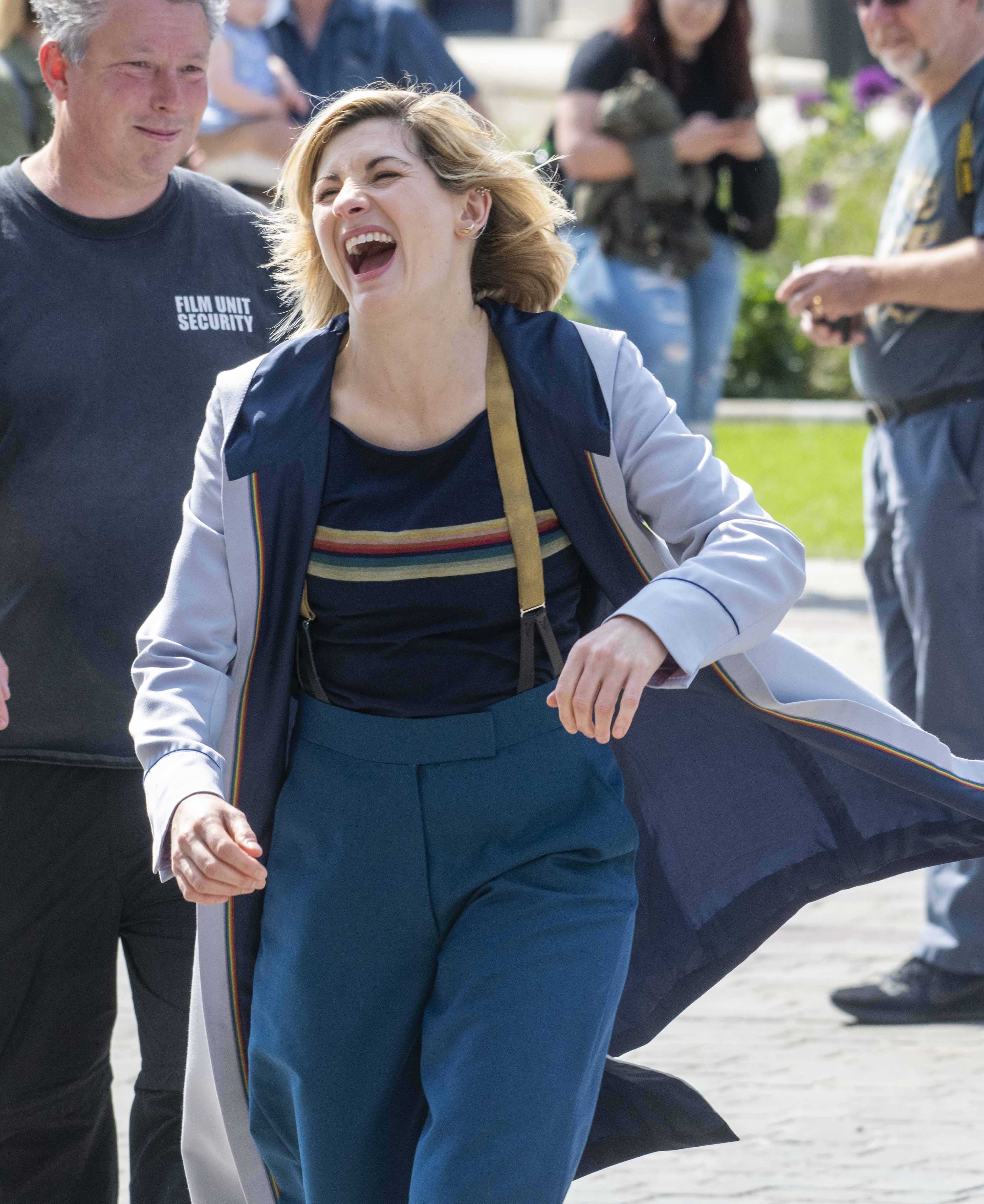 The set pictures show that the Judoon are returning to battle the Doctor after first appearing in the sci-fi drama back in 2007 when they took on David Tennant's incarnation of the time-traveller.

A production assistant held an umbrella over actors to protect them from the intense heat caused by the heavy costumes.

One unmasked Judoon character had a head that resembled that of a rhino, while several others clutched on to their powerful weapons that have the ability to instantly incinerate humans. 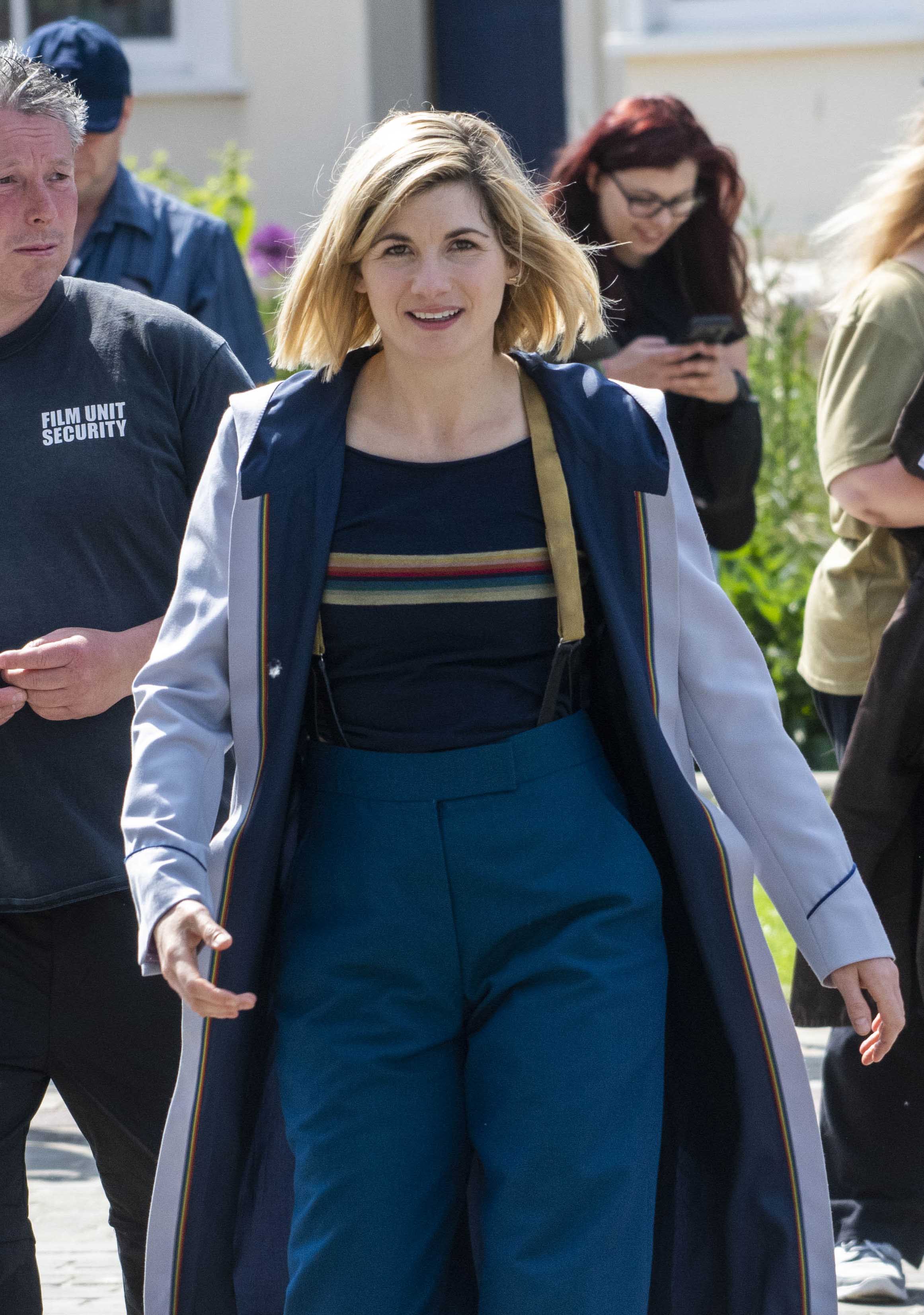 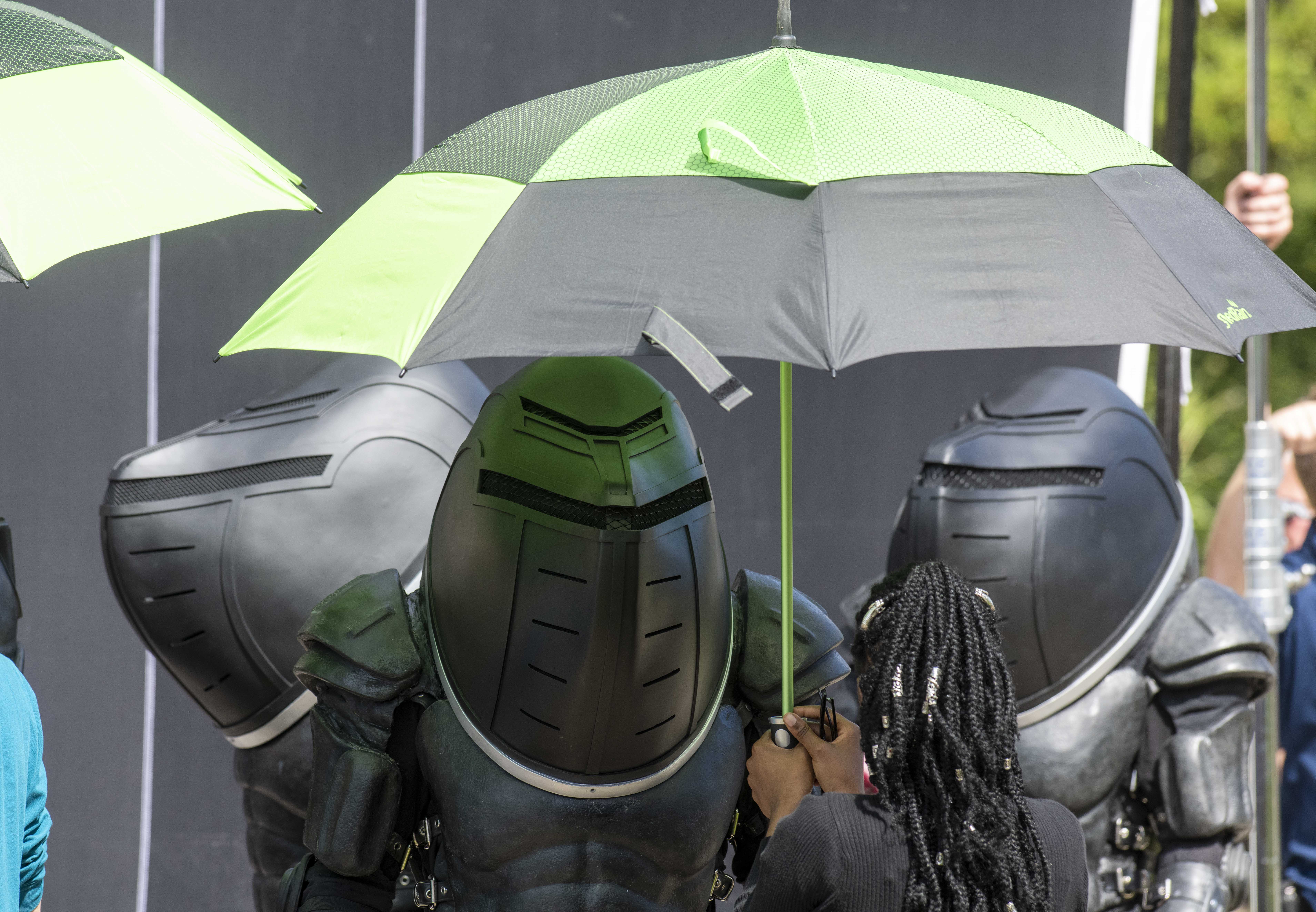 Filming for the new series got underway at Gloucester Cathedral where over 100 fans flocked to get a glimpse of their favourite TV character.

Jodie could be seen spending quality time with Doctor Who fanatics as she posed for pictures. 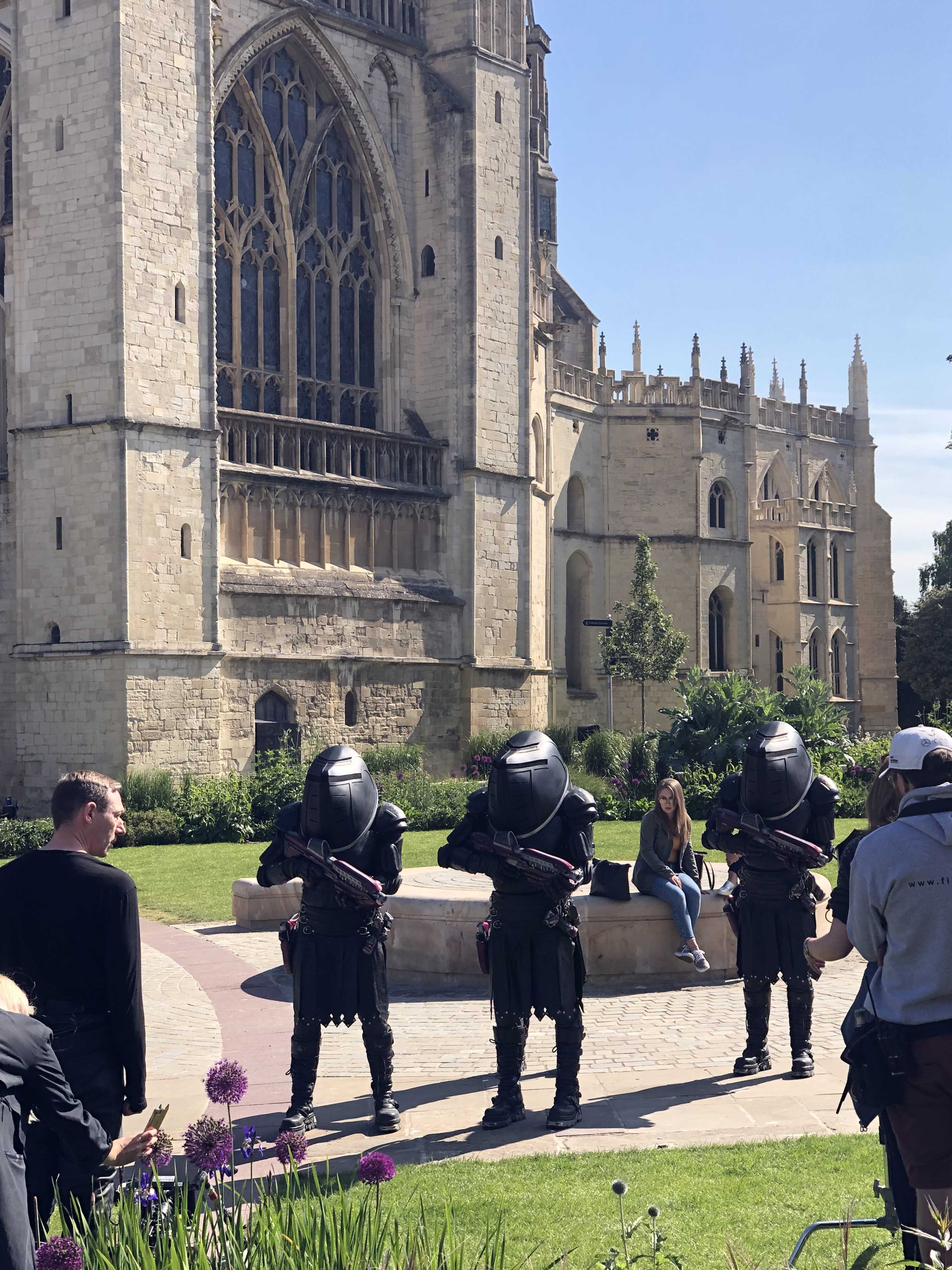 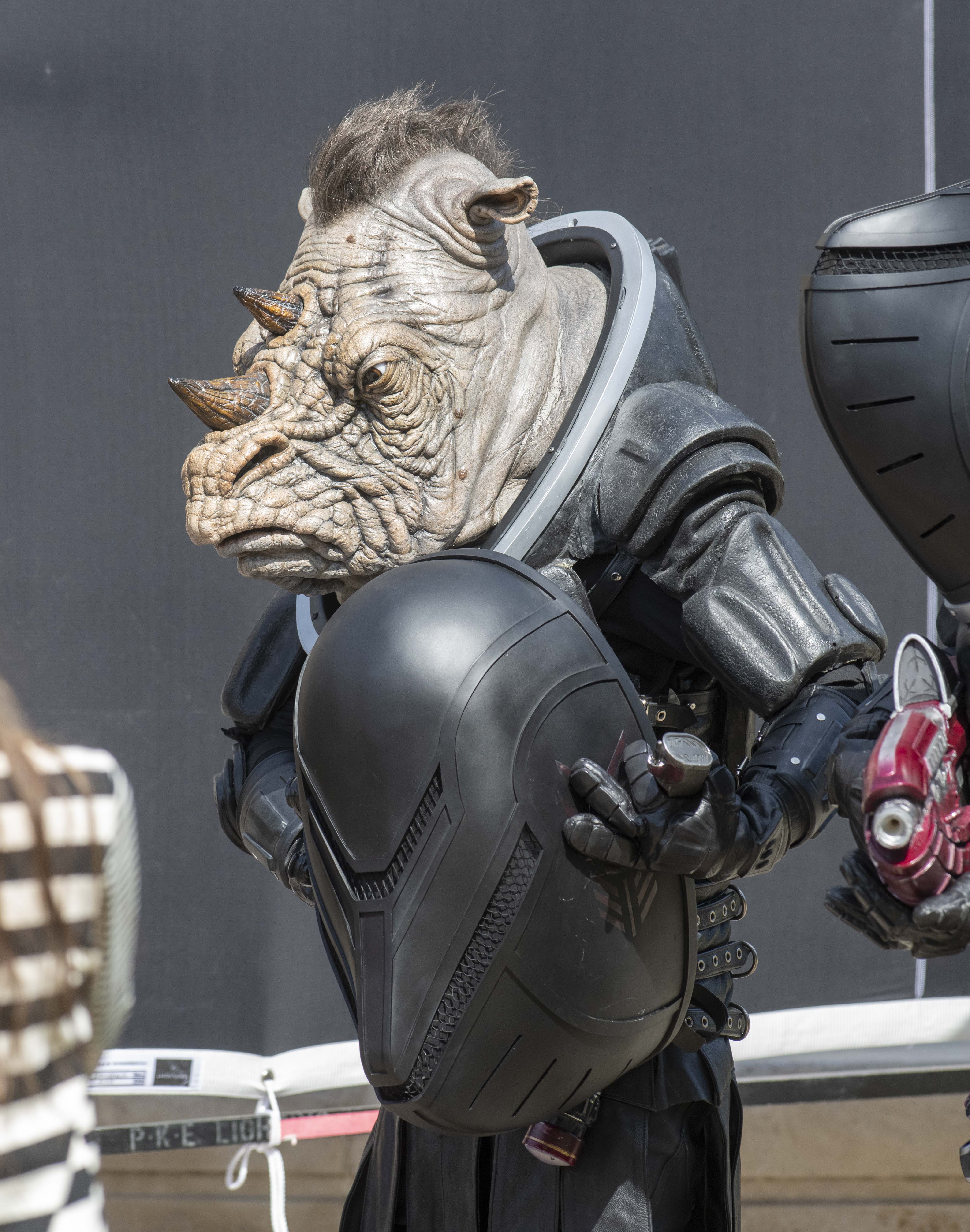 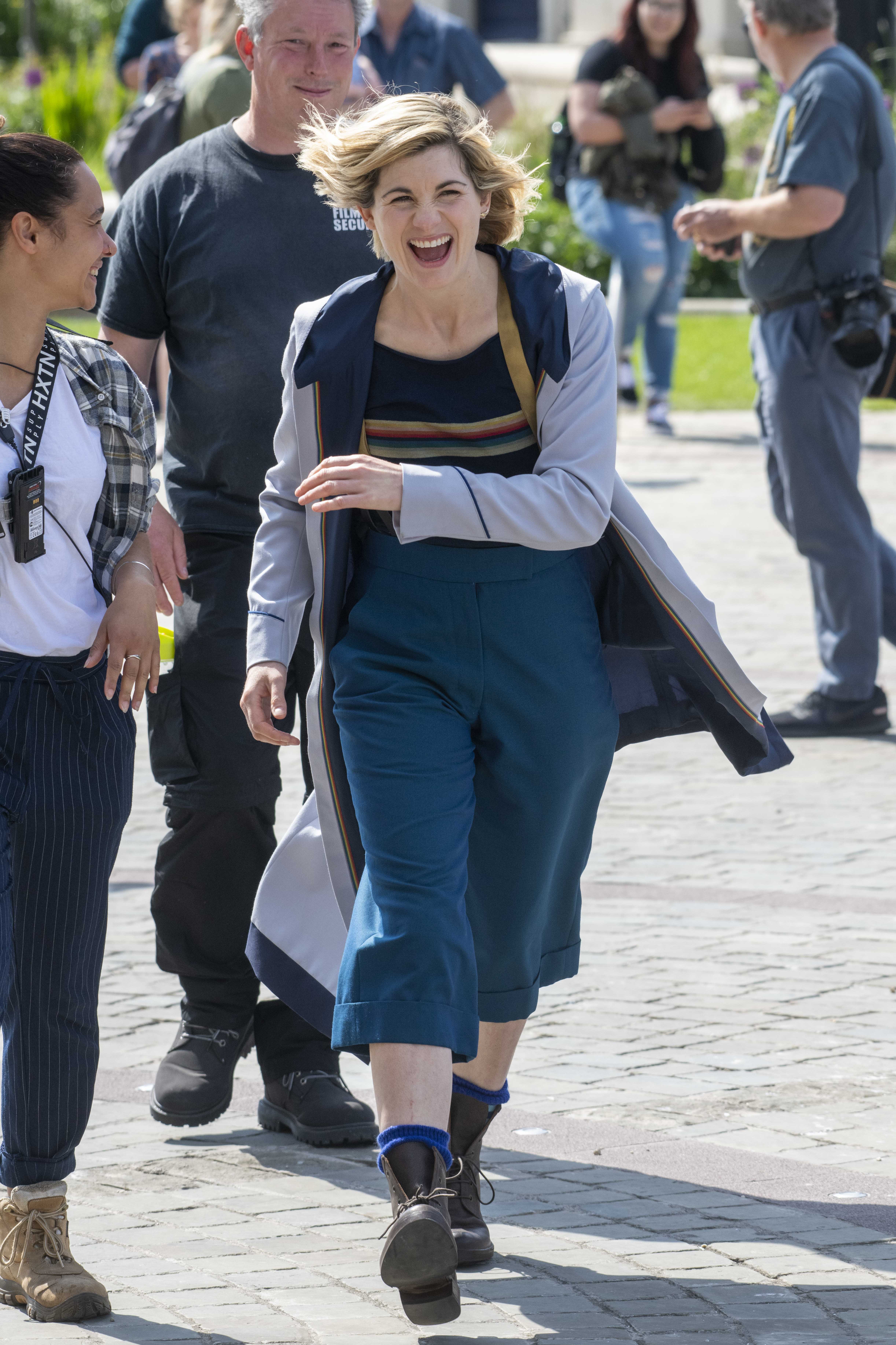 Jodie thrilled fans when she confirmed she would be returning to the role of the Doctor for another series after wowing viewers with her first turn.

The 36-year-old told the Hollywood Reporter: "It's been an extraordinary journey so far and I'm not quite ready to hand it over yet."

Jodie revealed that she won't be handing in her Sonic Screwdriver any time soon.

She explained: "I really can’t wait to step back in and get to work again. It’s such an incredible role." 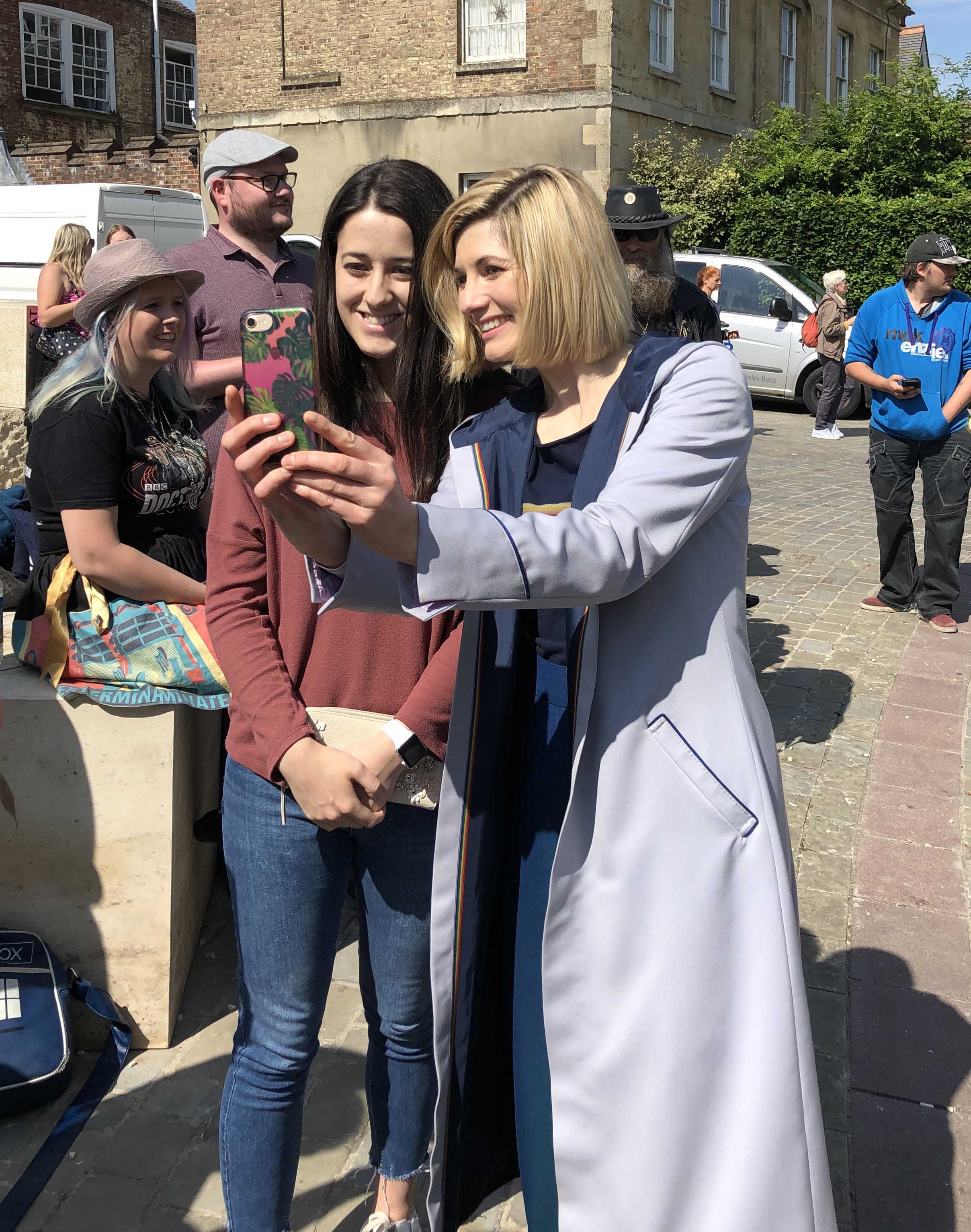 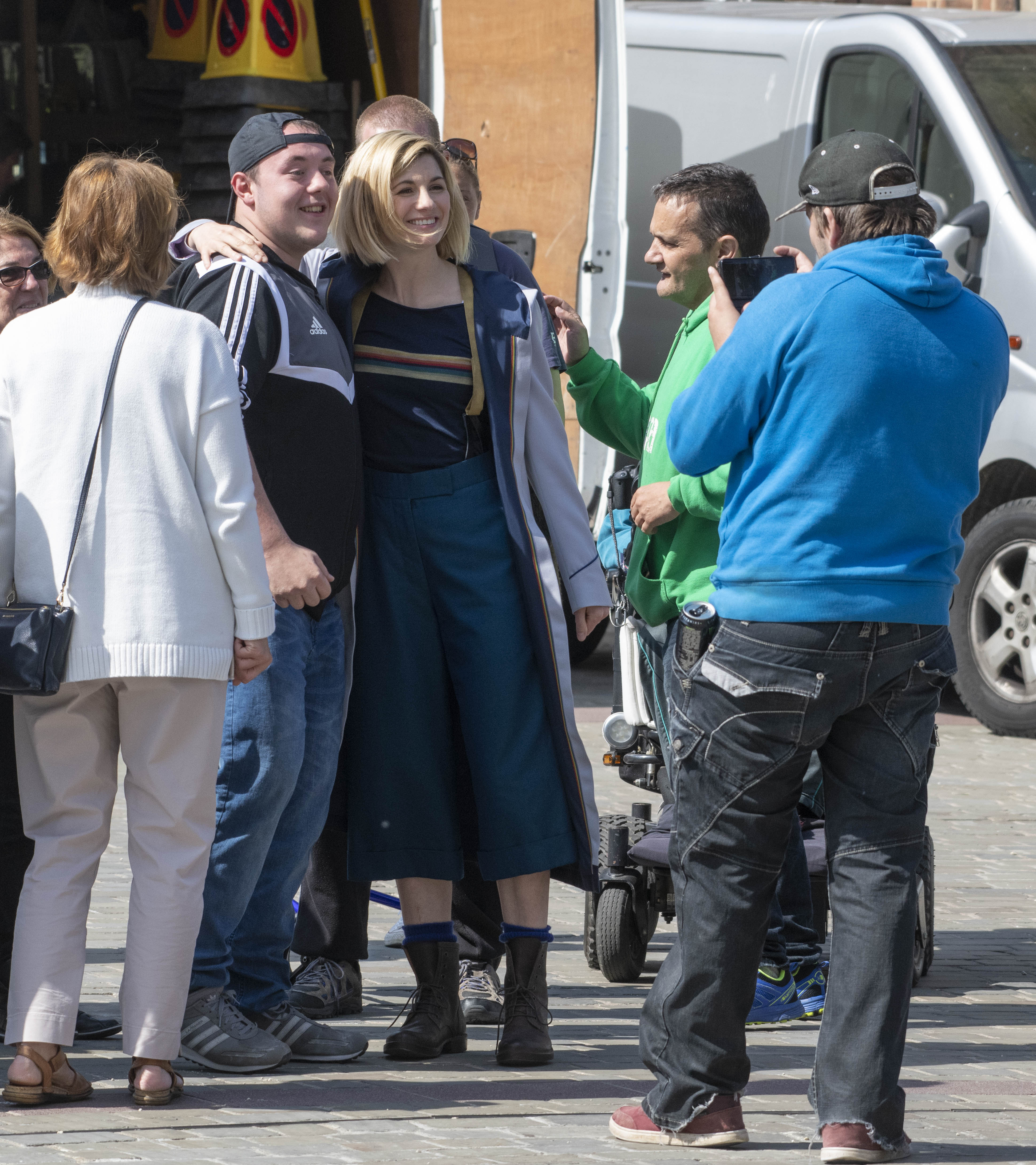 Doctor Who's 11th series started on an extraordinary high, bagging the best ratings for an opener since the show returned, beating even hit drama Bodyguard.

It pulled in consolidated ratings – with include catch-up viewings and iPlayer – of 10.9 million.

However, ratings fell steadily with some viewers complaining of "simplistic" writing and "political correctness" in the show's scripts.

The series explored issues including gender, racism and British Imperialism in India and while fans weren't in love with the writing, many applauded Jodie.