Throughout Outlander, Jamie Fraser (played by Sam Heughan) has had many names as his identity has continuously been shifting. He has been many things from the Laird of Lallybroch to a Jacobite outlaw and even a seditious pamphlet publisher. Those who have been re-visiting season three of Outlander are keen to know more about Jamie’s nickname Mac Dubh and what it all means.

In Gaelic, ‘Mac Dubh’ literally means ‘son of the Black’ – ‘Mac’ means son and ‘Dubh’ means black. He is given this name because his father Brian Fraser (Andrew Whipp) was known as ‘Black Brian’ due to the dark colour of his hair.

Jamie actually gets his fiery red locks from his mother Ellen MacKenzie and this is also where his daughter Brianna Fraser (Sophie Skelton) has inherited her ginger mane.

The Highlander got the nickname ‘Mac Dubh’ during his stint in Ardsmuir Prison after he handed himself into the English as a Jacobite to protect his family.

As Mac Dubh, Jamie was the leader of the prisoners and spoke on behalf of them, including their requests for the warden. 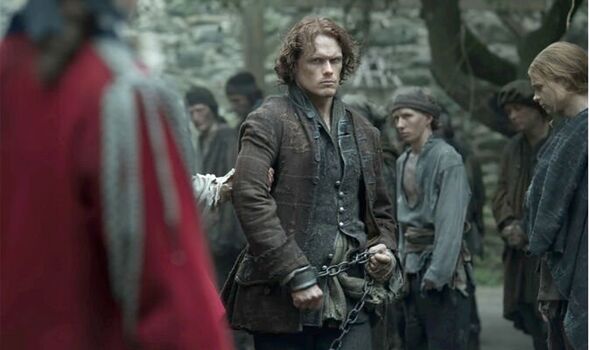 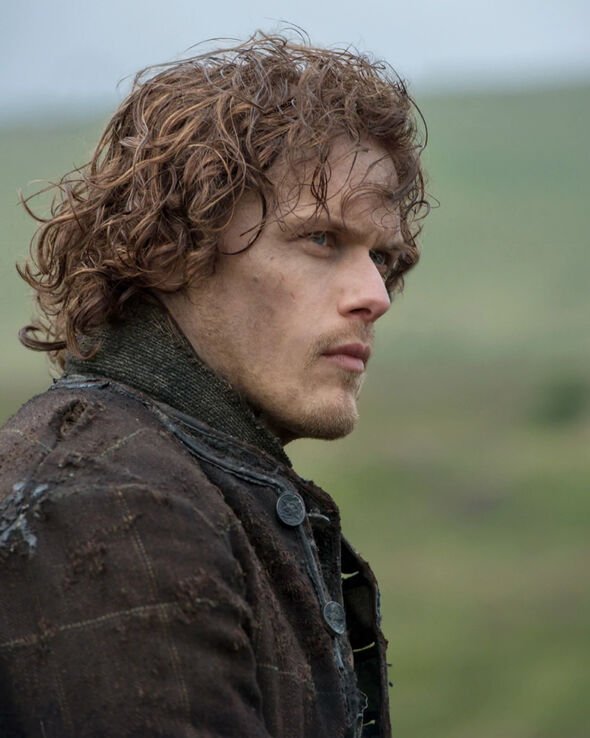 Jamie struck up a friendship with warden Lord John Grey (David Berry) and would tell him what the other men were asking for.

Even at this time, Jamie was leading the prisoners, who looked up to him.

In the books, Jamie and his men all banded together and found solace among each other as they spent their time behind bars. 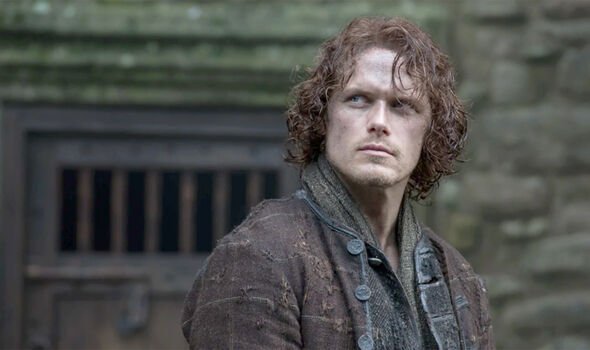 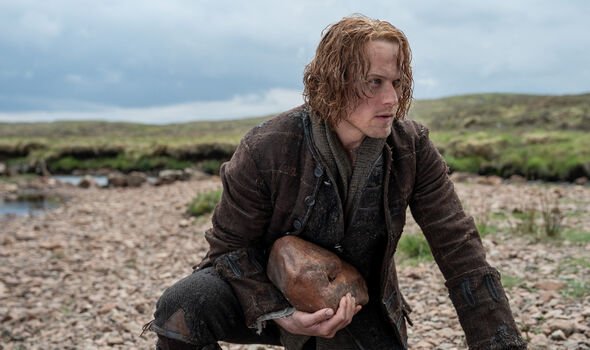 Jamie was in prison for 14 years, where he was Mac Dubh but after this, he again took on a new name after he was freed.

He went on to serve as an indentured servant as Helwater in England for a family, who weren’t fans of Jacobites.

So, Jamie had a different name to disguise his true identity until he could finally leave the estate and return to Scotland.

Back in Scotland, he worked as a printer called Malcolm Alexander in Edinburgh where he printed seditious material – which was also where he was reunited with Claire Fraser (Caitriona Balfe).

Part of Jamie’s journey in season three saw him change names as the character dealt with the loss of his beloved wife Claire.

The couple was kept apart for 20 years before Claire went back to the past with Heughan previously reflecting about portraying this separation.

He said: “It’s a whole journey in the first few episodes, where he comes to terms with the fact that Claire’s really gone, and finds a will and a way to live.

“He actually doesn’t want to be Jamie Fraser anymore, and so he creates all these different personas for himself, in each town, in each episode.”

The actor added to Elle: “It’s actually been fantastic. It’s been a real gift, this season. I wrote it down with the directors, all the stages of grief, and we tried to figure out where they all factored in.”

So, the different phases of Jamie’s life away from Claire feed into the names he goes by as he tried to escape himself.

Thankfully, after Jamie and Claire reunited he found a piece of himself again and was whole with her.

However, given the perilous world of Outlander, Jamie and Claire will face further trials and tribulations which will see them pulled apart again.

Brits 2019: Beyonce and Jay Z send viewers wild as they accept award in front of Meghan Markle mocked up as the Queen

Kourtney Kardashian and Travis Barker Enjoy Date Night: 'They Have a Lot in Common,' Source Says