It’s been 27 years since the abduction and horrific murder of two-year-old James by 10-year-olds Jon Venables and Robert Thompson. Earlier today, Denise Fergus was welcomed onto Loose Women by host Ruth Langsford to discuss how she will be marking what would have been James Bulger’s 30th birthday and how she continues to learn to live with her grief.

She revealed: “It’s coming up to that time of the year where there’s concentration mainly on his anniversary and his birthday being so close and you just think, you know, I shouldn’t be doing stuff like this.

“But unfortunately we can’t do that, so the best we can do is just to place flowers down for him on his grave and spend the day as a family, with him there.”

Ruth asked Denise if this was something she did every year to which she answered: “We do, yeah. It’s not just me, Stuart [her husband] and the boys, it’s most of my family – we’re a very close family and we always go to place cards, balloons, flowers, and spend a few hours there. 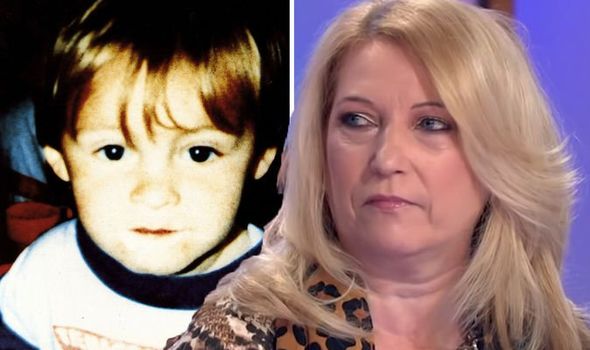 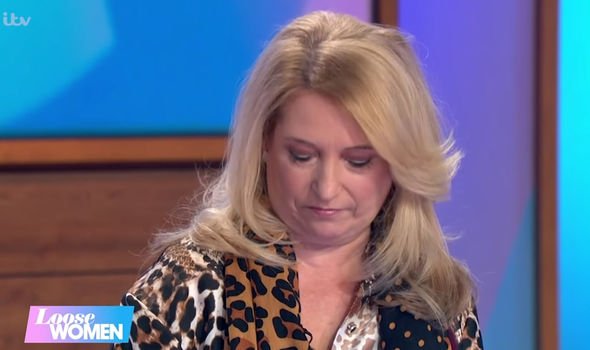 “It’s to show we haven’t forgotten him and we’ll never forget him. It’s nice the close family I’ve got still continue to do that.”

She added: “We spend the whole three days – the day he went missing, the day he was found and his birthday as a family.

“I just don’t think it’s right that we should go for meals on that day – it doesn’t feel right at all. I always say to Stuart, as much as he loves doing it, ‘Don’t buy me flowers’.

“If you’re going to buy flowers, let’s just take them to his grave and put them down for him.” 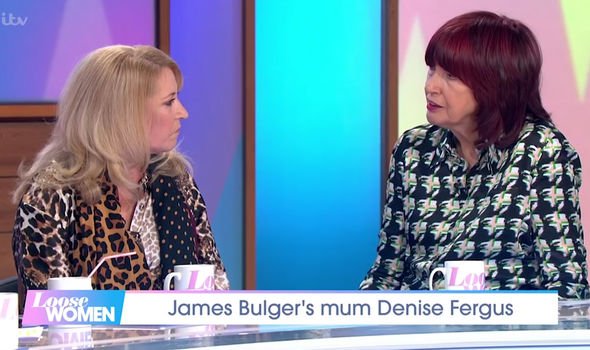 Janet Street-Porter then asked Denise if she’s had help over the years to cope with grief and whether it has helped at all.

“It’s got easier. You just learn to live with it. Everyone deals with grief in different ways,” she explained.

“The way I’ve dealt with it – I’ve had no help. My help is from my family – Stuart and the boys.

“If I need to talk to them, it’s going to be one of them because, at the end of the day, it’s not just me who’s gone through it, they’ve gone through it as well.”

She added: “Although Stuart and I weren’t married when James was taken, Stuart still feels like he was a part of James’ life because he’s a part of my life and I always talk about him.”

Denise discussed the charity she launched in James’ name to support children and their families who have been the victims of crimes.

Denise said: “James was always classed as the ‘murdered two-year-old’ and I didn’t want him to remain like that.

“I wanted something good to come out of what happened to him and the only way I could think of doing something, in his memory, is to set up the charity in his name and just to help as many kids as I possibly could.”

Following the recent terrorist incident in South London, Janet asked Denise if she thought people who have committed serious crimes shouldn’t be released halfway through their sentences.

Denise remarked: “Definitely not. I think everyone will agree with me on this one – if you commit a serious crime, be prepared to do the time.

“In my case, they were given the best of everything – I think that’s totally wrong.

“They should have been punished for what they did.”

Westworld Finale Recap: You Can Take the Host Outta the Park, but You Can't Take the Park Outta the Host