Abi Franklin (Sally Carman) has a lot of explaining to in Coronation Street next week when she finally sets foot back on the cobbles.

The grieving mum departed the street following the trial of Corey Brent (Maximus Evans), in which the killer was found not-guilty.

Kevin Webster (Michael Le Vell) resolved to give her time to come to terms with the verdict, but he soon became worried about her, and this week, he discovered that she wasn’t staying at her cousin’s like she’d told him.

He reported her to the police as a missing person, and searched high and low. His investigation failed, but little did he know that Abi received his messages.

Next week, she returns to the street, much to his and Jack’s delight. In fact, they’re so thrilled that they throw her a welcome party.

In the above clip – taken from Monday’s (October 11) first edition of the ITV soap – the young lad tells Abi all about how he received an achievement award. 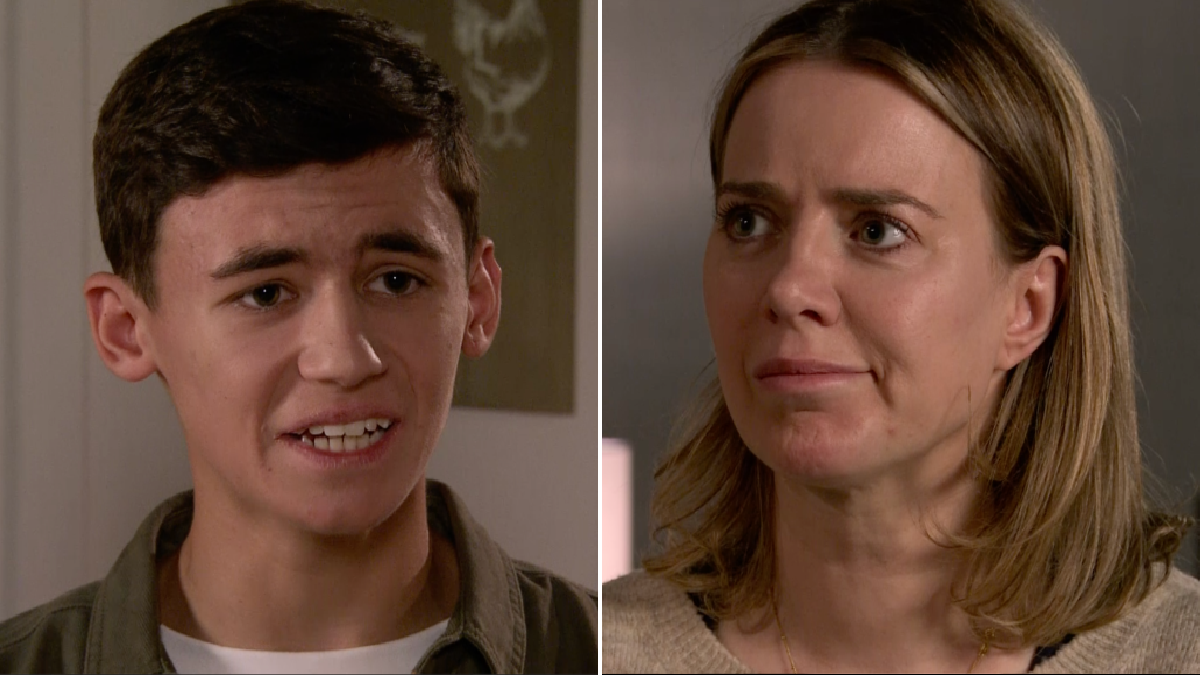 Abi, however, is unable to do so, leaving Jack confused. She attempts to explain herself, but Jack becomes frustrated.

‘Stop saying you’re sorry!’, he shouts. ‘It doesn’t mean anything because you’re a liar.

‘I hate you!’, he adds, before storming out.

Abi is heartbroken, and Kevin attempts to console her, but asks why she feels as to though she cannot stay put this time.

‘I don’t want to make promises I can’t keep!’, she tells him. ‘I did that to Seb way too often.

‘I spent half his life hoping I’d keep my word on one thing or another, and I never did.’

‘Cobra Kai’: Did Ralph Macchio and William Zabka Know Any Martial Arts Before Starring in ‘The Karate Kid’?