John Torode was presenting live from Chesil Beach in Dorset teaching This Morning viewers how to make his crab linguine but things got a little out of hand.

Everything was going smoothly for the chef until a helicopter began to land near to him causing trouble for the presenter.

As it approached, John jokingly waved to the helicopter shouting: “Hello, hello,” while hosts Rochelle Humes and Davina McCall were left shocked in the studio.

“What’s happening?” Rochelle asked as Davina shouted out: “It’s the police, they’re coming to get you!”

While the presenters were all joking about the helicopter’s approach they weren’t prepared for what was about to happen next.

The helicopter began to land right next to the area where John had set up and chaos ensued.

John and the cameraman could be seen trying to hold down as much they could whilst trying not to be hit by anything.

While Davina and Rochelle burst into laughter in the studio, they encouraged John to keep cooking.

Ever the professional, the host continued to inform viewers on how they could make the tasty seafood dish. 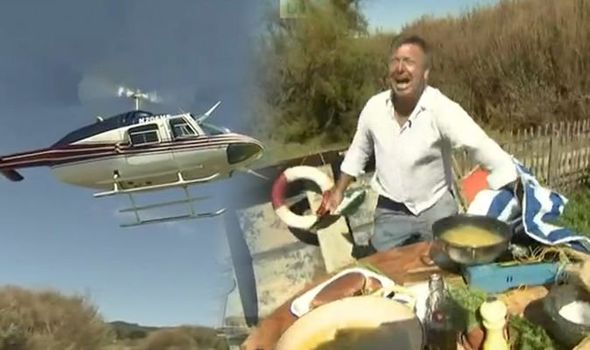 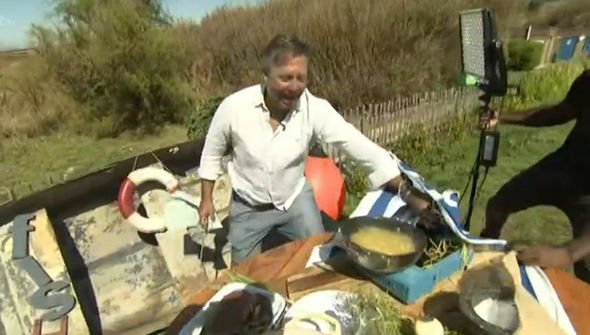 At the end of the episode, John waved to the helicopter as he showed off the finished dish.

Also on the show today, Rochelle Humes left one viewer close to tears as she offered to help out with her wedding worries.

During the phone-in segment, one viewer revealed they were struggling to find their perfect dress and Rochelle stepped in to help.

She explained she would work with the fashion team to help the bride to be with her wedding planning.

Co-host Davina was stunned by the offer and was close to tears as she told Rochelle she was “incredibly lovely” to help out. 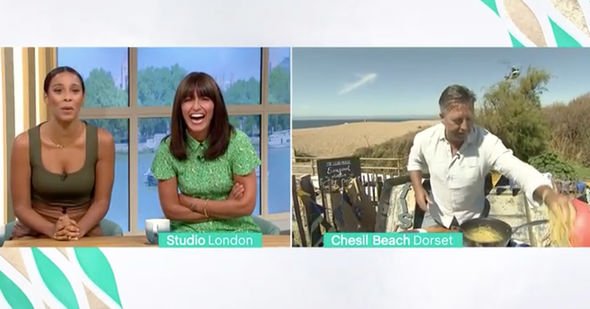 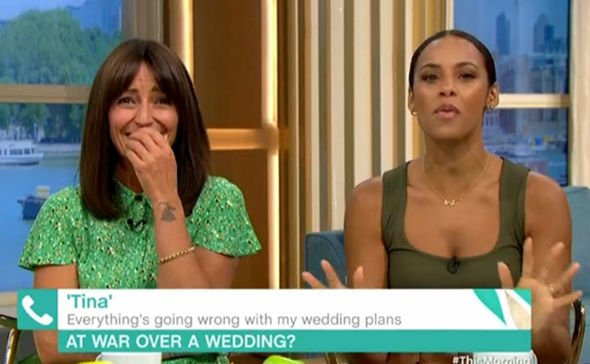 One fan wrote: “@RochelleHumes saving that girl with the wedding dress on @thismorning has to be one of the nicest things. Well done Rochelle!! #thismorning.”

Another added: “Aww @RochelleHumes you diamond! That was such a sweet gesture #ThisMorning.”

“@RochelleHumes is one of the nicest people ever!! That was so lovely #thismorning @thismorning,” a third shared.

This Morning airs weekdays on ITV at 10.30am.