Martin Lewis’, 47, segment was teased before Good Morning Britain went on an advertisement break in the midst of the show today.

The money saving expert was seen wearing a black polo shirt with formal suit trousers, a wardrobe combination which caused a stir with the hosts of the ITV show.

Host Ben Shephard, 44, commented on Martin’s muscles, with his biceps on show as he was wearing a short sleeved shirt.

It emerged Martin had prepared to wear a suit shirt, but when he put it on backstage, it immediately ripped. 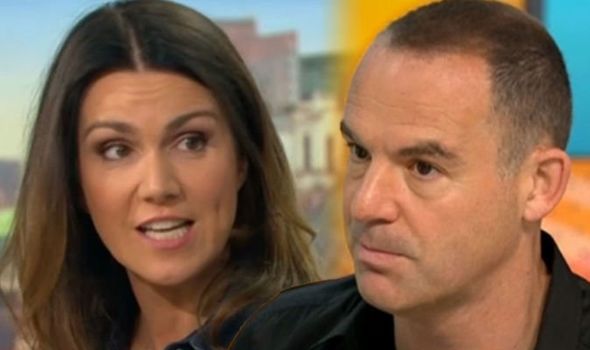 Explaining himself, Martin said: “I’ve just had a rip on my brand new shirt so they’re fixing it in the fitting room.”

The money saving expert then joined the presenters on the panel, with Martin’s co-stars commenting on his wardrobe malfunction once more.

However, Martin rather compared himself to Superman, stating he and his wife had a rather stark comparison to the superhero and his love interest Lois Lane.

Viewers watching at home were also impressed by Martin’s attire, with one posting on Twitter: “Martin Lewis is looking good on @GMB this morning.”