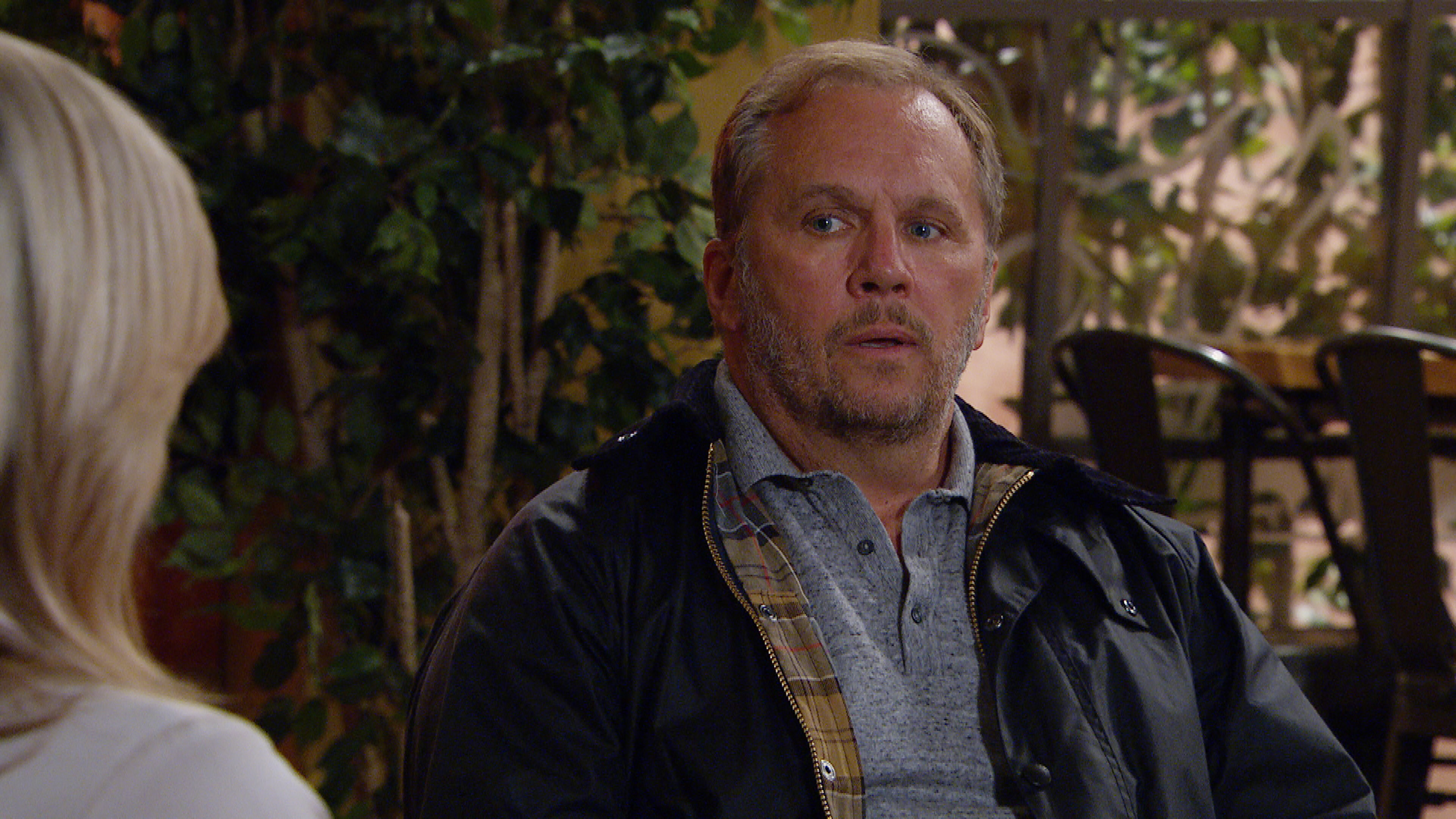 Will Taylor (Dean Andrews) will face the aftermath of his confession to Kim Tate (Claire King) in tonight’s episodes of Emmerdale.

With Priya (Fiona Wade) and Ellis (Aaron Antony) wanting to move their base camp to the same land where bent copper Malone is buried, Will desperately tried to steer them away.

However, after Kim let agreed to Priya and Ellis’ suggestion, Will was forced to confess the truth.

Will told Kim that he killed someone and buried the body on her land, but as viewers are aware, that isn’t exactly true.

Who did Will kill?

‘The body’ Will is relating to belongs to bent copper Malone – who was murdered last year.

The dodgy DI made Will, Dawn (Olivia Bromley) and Harriet’s (Katherine Dow Blyton) a living hell but, in a showdown, he was shot and killed by Dawn – Will’s daughter.

Will, Dawn and Harriet made a pact and agreed to keep Malone’s death a secret, but it hasn’t been easy.

Where is Malone’s body buried?

Malone’s body is currently buried on a patch of land Kim owns.

However, before Will and Harriet moved the body, they did initially bury it in the church.

But when a woman called Jean announced to Harriet that she’s the daughter of the man in the graveyard beneath Malone, Will panicked when discovering Jean was planning on having him dug up.

With Harriet’s help, Will moved Malone’s body and since then, he’s been buried on Kim’s land.

Is Will leaving Emmerdale?

Spoilers confirm that Will attempts to leave the Dales after realising Kim may shop him to the police.

But whether he actually makes it or not is something that remains top secret.

Perhaps Kim will realise where her heart lies and decides to not report her lover?

Dean Andrews, who plays Will, recently explained his character’s dilemma after telling Kim:

‘I feel like he does trust her, and he hopes she understands. But he’s also putting himself in a position that he doesn’t really want to be in.’

'Million Dollar Listing New York': Fredrik Eklund Reveals Why He Loves to High Kick (and Did It Rip His Pants?)