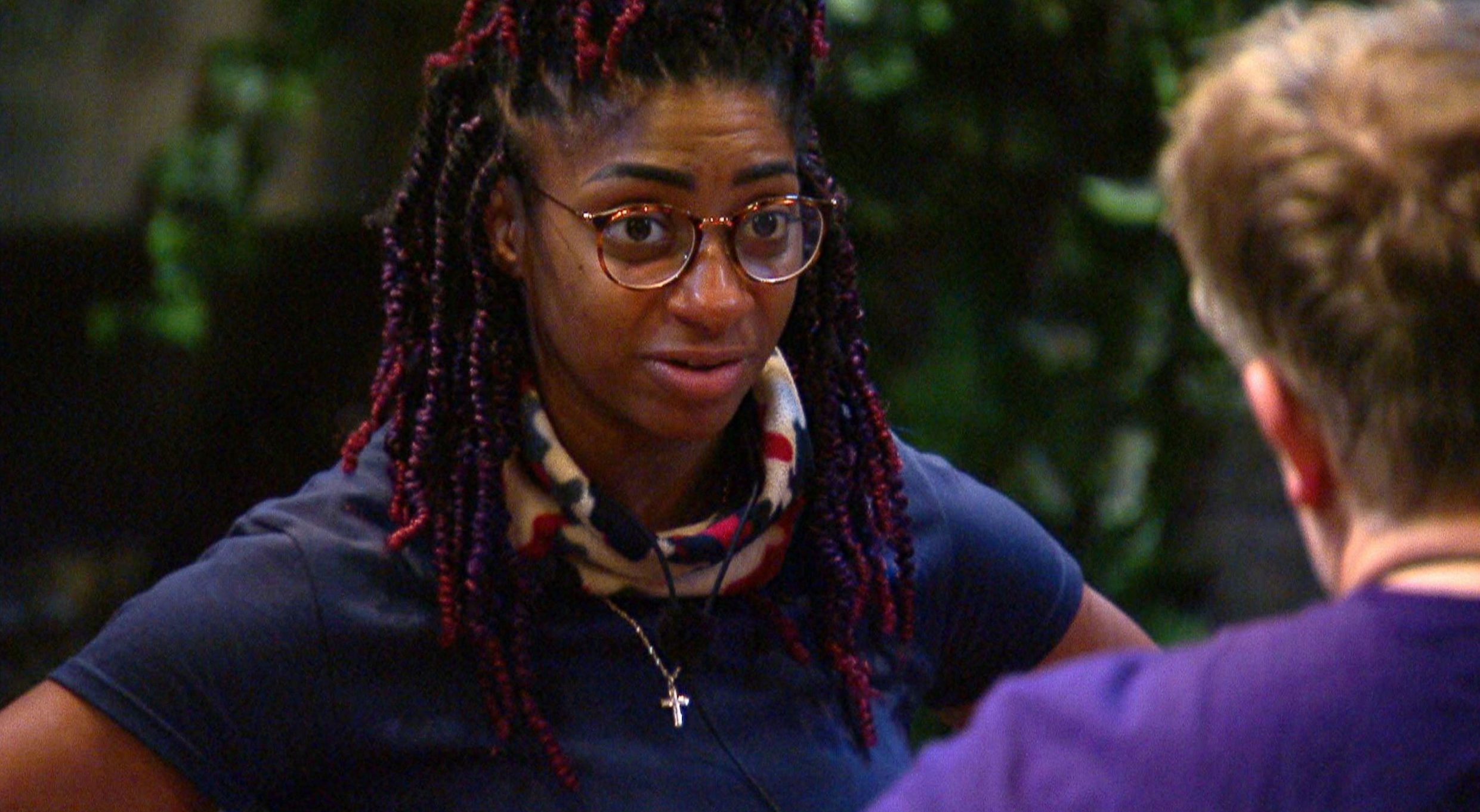 Kadeena Cox became the second contestant to be eliminated from I’m A Celebrity… Get Me Out Of Here! during tonight’s show.

Presenters Ant McPartlin and Declan Donnelly came into camp to deliver the news, with Kadeena joining them shortly after for an interview.

The athlete said she joined the show because she wanted to test herself, despite previously confessing she was scared of everything.

Kadeena, who has multiple sclerosis (MS), added: ‘I thought I’d go in there and try out and see how it is with MS, and it was hard.

‘I thought it would be a lot easier than what it was and I guess I’ve just learned to deal with my condition at home, and that’s easy for me, so I thought “Yeah, I’ll be fine, I can show other people with MS and chronic conditions that we can do this”.

‘And it was harder than I thought, but I feel like I still showed that even with the trials and tribulations of, just life as someone with a chronic condition, you can still crack on and have fun.’

Speaking after leaving camp on Sunday, Dame Arlene said she was ‘in a way relieved’.

She added: ‘You know, I want to see my family, but (I’m) emotional because of everything this has been, the highs and the lows, it’s been something in my life that I never imagined doing and it’s been extraordinary.’

The professional dancer said it was ‘much harder’ than she had anticipated it being, and explained: ‘I’d psyched myself up, I was so prepared for it…

‘I’d focused on why I was doing this and what I want to achieve and get out of it you know for my granddaughter, to try to show I was fearless but it is hard.’

I’m A Celebrity… Get Me Out Of Here! continues on Tuesday at 9pm on ITV.

Killing Eve review: 'Season two has been ragged, inconsistent and not nearly as much fun as the first'