Emmerdale actor Danny Miller was queasy before I’m A Celebrity… Get Me Out Of Here! 2021 truly began, with the star admitting to feeling sick in his mouth no less than three times.

The ITV soap star joined some of his fellow campmates, including Snoochie Shy and Naughty Boy, before meeting up with hosts Ant and Dec for the first trial of the series.

Danny, 30, was the last to arrive and the group immediately began to wonder where everyone else was. They then saw a helicopter flying towards them, causing Danny to share his fears.

‘The idea of getting in that helicopter terrifies the life out of me,’ he said. ‘The last thing I want to do is be sick all over the celebrities.’

The helicopter movements didn’t go down well with Danny and he firmly held a sick bag in his hand the whole journey… just in case.

After disembarking safely, Danny admitted he was ‘sick in [his] mouth three times’ but was at least ‘courteous about it’.

After arriving at the programme’s famous plank trial, Danny, Louise Minchin, Naughty Boy and Snoochie were tasked with going head-to-head. 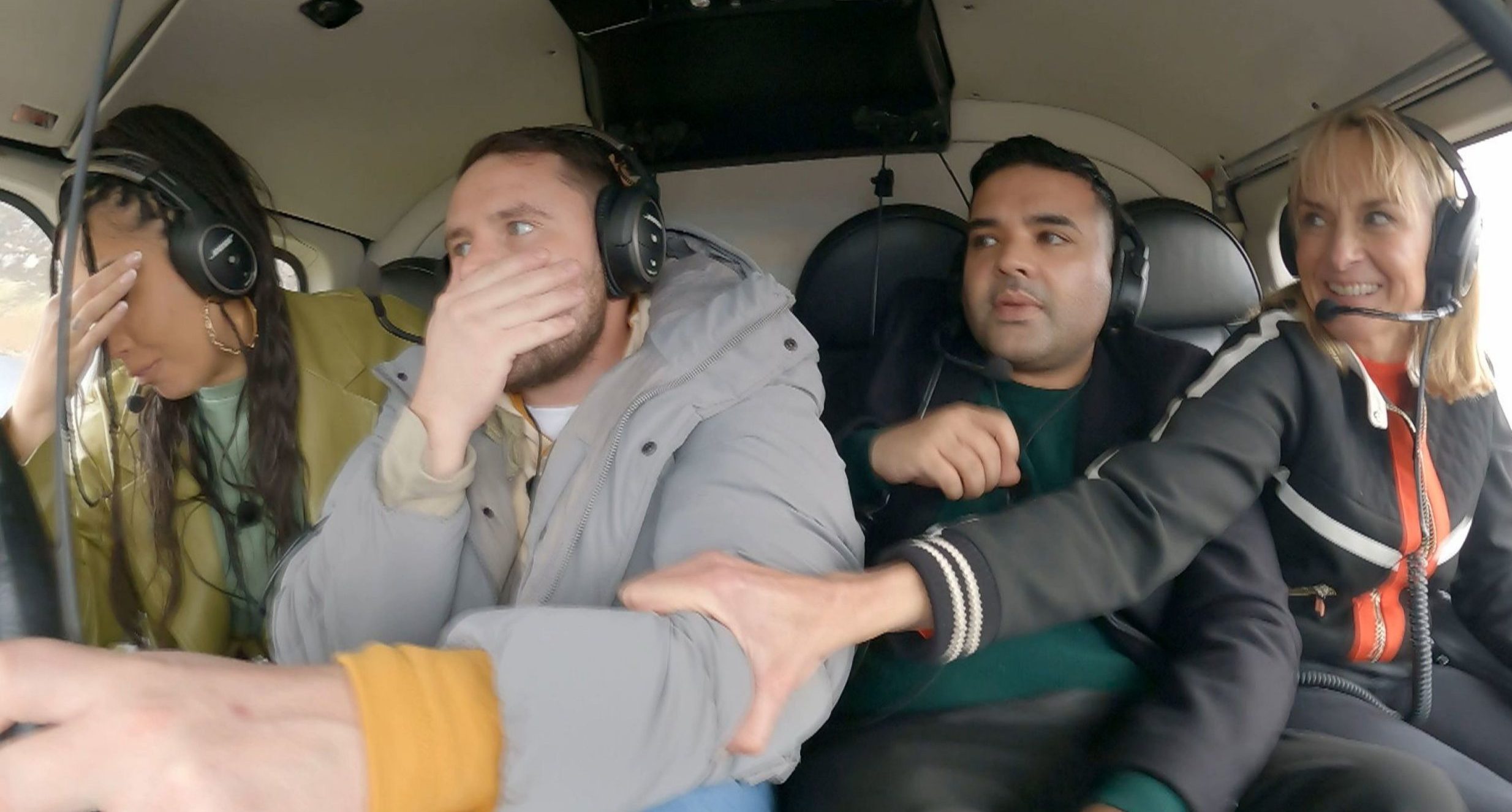 Ant explained: ‘This year is going to be tougher than ever, all the celebrities will face gruelling challenges on their way to the castle to win the keys to the Castle.’

He continued: ‘The winning team will get to pick which two celebrities from the other group will represent them in the next challenge.’

However, Danny was slower than Louise at pushing the button with his foot and was sent flying from the platform.

I’m A Celebrity… Get Me Out Of Here! airs nightly at 9pm on ITV.