Iain Dale corrected Ranvir Singh and Sean Fletcher regarding the caption Good Morning Britain had placed next to him during a virtual interview. The caption read “Live in Tunbridge Wells” however Mr Dale pointed out that he was actually in Norfolk.

Mr Dale said: “These things happen, mistakes are made.

“You have got a caption on the screen at the moment saying live in Tunbridge Wells.

“I am actually in Norfolk.”

Mr Dale’s audio then appeared to cut out following his correction. 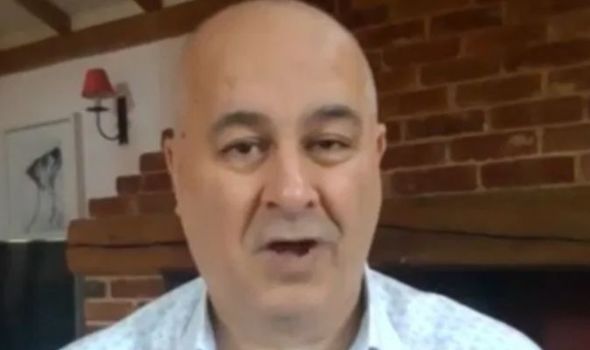 Mr Fletcher joked: “We sensed what you were saying when you point out mistakes that we have.

“You are in Tunbridge Wells at the moment according to us.”

Ms Singh added: “I suppose the signal problem is giving us an indication that we need to let you go.”

'This Is Us' Griffin Dunne Spills: There Will Be More Than a Normal Amount of Thanksgiving Dysfunction' for the Fall Finale