Disney+ released the official trailer for the anticipated second season on Thursday and the East High Wildcats are about to meet their match: North High.

In the new two-minute teaser, Dancing With the Stars judge Derek Hough makes a splashy entrance as Miss Jenn’s ex-boyfriend Zack, who also happens to be leading their main rival high school’s drama production of The Little Mermaid. When Miss Jenn (Kate Reinders) learns about her ex’s plans to enter into a prestigious theater competition, she follows suit and enlists her East High protégés to get their heads in the game with their own spring production of Beauty and the Beast. You know, to determine who’s ultimately the best.

But the choice of Beauty and the Beast as the drama department’s next musical wasn’t exactly an easy one to make. As the trailer reveals, there was heated debate amongst the group about why the “legendary” High School Musical 2 was the natural follow-up to their successful High School Musical showing. It’s Zack’s unexpected re-emergence that forces Miss Jenn to throw everything out the window after he calls High School Musical “adorable.” How dare he!

While the Wildcats prepare to put on another show, new couple Ricky (Joshua Bassett) and Nini (Olivia Rodrigo) have to face the reality that they will be entering the new year in a long-distance relationship after she’s accepted to a prestigious youth conservatory. Not exactly according to plan. 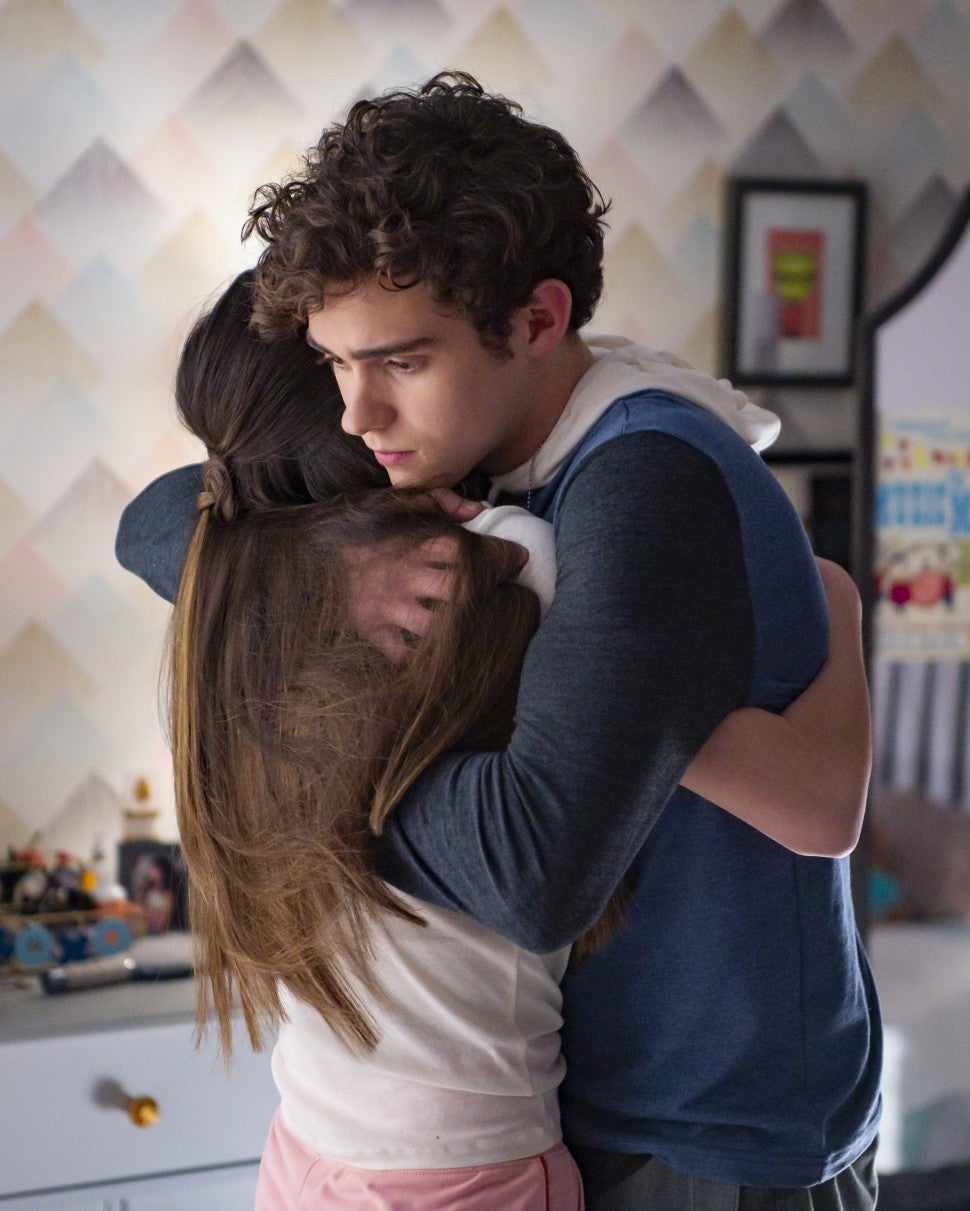 “You’re going to make this long distance thing look easy,” Nini assures Ricky, prompting him to declare, “I’m going to FaceTime with you every morning.” It’s evident though that being away from her beau and friends at East High is weighing on her immensely. “It’s a huge deal to me,” Nini says to camera of her once-in-a-lifetime opportunity. “But honestly, Ricky’s a huge deal to me too.”

As Nini struggles to find her footing and cracks are beginning to form in her relationship with Ricky, there may trouble in paradise for the golden couple as new mean girl Lily (guest star Olivia Rose Keegan) begins to swoop in on Ricky. “Sounds like your girlfriend wants some space,” she tells Ricky. “Let me know if you’re looking for one who doesn’t.”

Yeah, it’s about to get real messy.

In the 12-episode season, the East High Wildcats “face off against rival school North High to win a prestigious and cutthroat student theater competition,” according to Disney+’s official synopsis. “Wigs are snatched, loyalties are tested and ballads are belted.” New original songs by Rodrigo and Bassett will also be featured during the season. (Bassett’s holiday-themed song, “The Perfect Gift,” was previewed in the series’ Christmas special in December.)

Watch the official season 2 trailer for HSMTMTS below.

Late last year, Bassett was as eager for the new season of HSMTMTS as fans were after more than a year in between seasons.

“I’m waiting for it to come back,” he told ET while in production on season 2. “Obviously, we’re shooting right now but I’m super proud of what we shot so far and I’m just overjoyed with how it’s all coming out. We’re really finding our groove more and more because the first season we were still figuring out, ‘What exactly is this show?’ But now that we know what it is, it’s so exciting to do that. I think that what people are going to really love is how each and every character gets their own special moments. Even more so this season, we’re able to dive into more of their home lives [for] everyone else’s characters.”

“New people get songs that didn’t necessarily get a song in season 1 and the characters that people already love, they’re just going to fall so much more in love with because they get to know them so much more in season 2,” Bassett teased. “And there’s also more dancing, there’s more singing, we do some crazier stuff. People who haven’t seen the show, even if they started with season 2, will absolutely fall in love with it. The fans who already do love it are just going to be over the moon when they see what’s to come.”

High School Musical: The Musical: The Series premieres season 2 on Friday, May 14 on Disney+. For more on HSMTMTS, watch below.