The family, often criticized for being famous for doing nothing, has a special talent, according to Lauren Lazin, executive producer of “For Real: The Story of Reality TV” 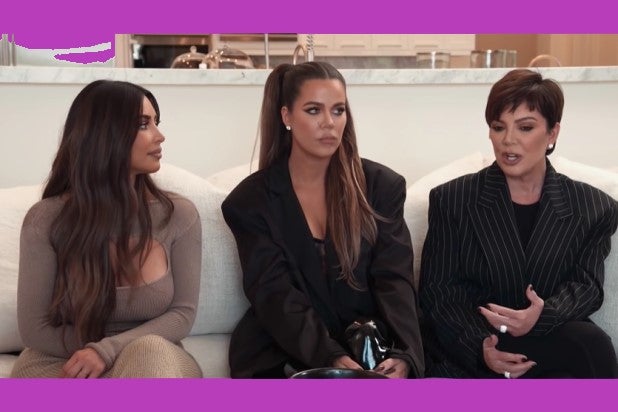 Whether you love them or not, the Kardashians fundamentally changed the reality TV genre with their branding and longevity, says Lauren Lazin, a veteran reality TV producer (“MTV Cribs,” “My Super Sweet 16”) and executive producer of “For Real: The Story of Reality TV.”

“For Real” delves into the origins of a television genre that is now a staple of the pop culture zeitgeist. The series premiere airs Thursday on E!, the same network that propelled the Kardashian family to fame.

Lazin explained how the genre has evolved in the three decades since its inception.

The Kardashians, in her opinion, exemplify that savvy. Prior to the debut of “Keeping Up With The Kardashians” in 2007, non-competition reality TV shows focused on established celebrities and their families, including “The Osbournes” (2002) and “Run’s House” (2005). The Kardashians were relative unknowns outside patriarch Robert Kardashian (a defense attorney in the O.J. Simpson murder trial) and Kim, who had gained notoriety from her friendship with Paris Hilton and a sex tape with Ray-J. The Kardashians were really the first to use reality TV fame as a launching point for other ventures, which in turn brought in more viewers.

“Look at the Kardashians. They’ve learned you don’t make money doing a reality show. You make money in the way you’ve branded yourself doing that show, and then your other projects that you do outside the show. I think that we’ve come to understand and realize and that’s valuable,” Lazin explained to TheWrap.

Andy Cohen, who narrates “For Real,” called them as “a new type of celebrity — one created by reality TV.” In fact, “For Real” archives the family’s interview with Barbra Walters, who observed, “You are all often described as famous for being famous.”

“But we’re still entertaining people,” Khloe Kardashian replied at the time. That’s a skill, according to Lazin.

“In the beginning, everybody’s like, ‘Oh, they’re famous for being famous or famous for doing nothing.’ That was something we heard over and over. I really liked the response from them saying, ‘We’re still entertaining people.’ And one of the producers very astutely comments that, at the time, we didn’t realize the talent it takes to actually do the shows,” Lazin explained. “They were actually doing something extraordinary in terms of entertainment, storytelling, how to be a reality star and keep it engaging for many, many seasons.”

“A lot of reality stars, they’re fantastic their first season, then they get very self-conscious on their second season, and more in their third season. So it’s hard to maintain that kind of longevity, and not come across as phony or calculating or not interesting anymore. We didn’t understand at that time that was a talent. Now, it’s a very valid and very important kind of performance to understand and be able to deliver,” she added.

Ironically, Lazin notes, social media — the other thing that the Kardashians became savvy at — posed the biggest challenge to reality TV.

“The biggest change over the years is the rise of social media and people telling their own stories in real-time and viewers following that; that is a kind of reality television. Social media poses a lot of challenges for traditional reality TV. On the one hand, what’s different about this storytelling? What does long-form give us in terms of entertainment and thought that social media blasts don’t? And also, [producers] have to catch up with what’s happening on social media — the lag time between shooting and airing is very challenging, because stuff happens, and the viewers are aware of that stuff. So to me, it’s exciting. It’s a vibrant art form that’s constantly changing.

“For Real: The Story of Reality TV” premieres on March 25 on E! Check out the series trailer below:

Will there be a second series of The Accident? Here's how season one ended