SIBLING supergroup the Jonas Brothers have won over the hearts of millions since their debut in 2005.

But how tall is the band of brothers? Here's everything we know. 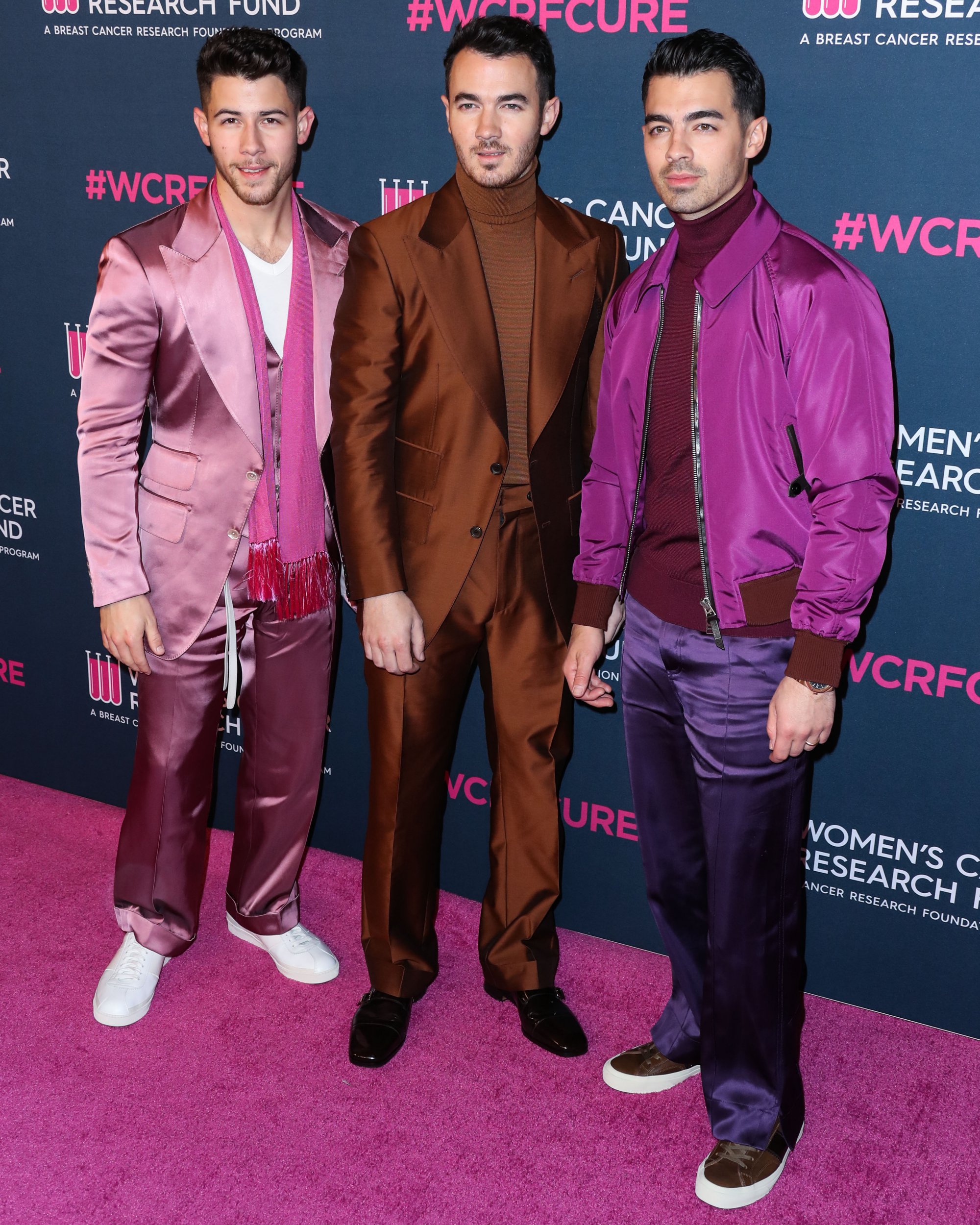 How tall are the Jonas Brothers?

Each member of the Jonas Brothers is known for their unique personalities and sense of humor.

The oldest sibling, Kevin Jonas, is reportedly also the tallest in the band, rolling in at around five feet and nine inches.

His wife, Danielle, is around five foot five.

Nick Jonas is the youngest member of the band, and also reportedly the shortest. He comes in just under Joe, standing at about five feet and six inches.

Priyanka Chopra, his wife, is about five foot five.

Although he's not in the band, the Jonas brothers do have another sibling – often referred to as the "bonus Jonas."

Frankie Jonas, who is 21 years old, is the tallest of the bunch.

He's reportedly five feet and eleven inches, but some sources have him listed at around five foot eight.

In pictures of Frankie and his siblings, he looks to be around the same height as Kevin.

Do the Jonas Brothers have a Netflix special?

On Tuesday, November 23, 2021, the JoBros are set to appear in a brand new comedy special on Netflix: Jonas Brothers Family Roast.

For one hour and eight minutes, the three siblings face the jokes of several comedians and celebrity guest – including Kenan Thompson, Pete Davidson, and John Legend.

Their wives – often referred to as the J Sisters – also got in on the action, with Joe stating that they have "the most ammunition here of everyone who's going to be up on the stage.”

While they are the subject to ridicule, the brothers also take a crack at each other.

“Boundaries schmoundaries. We know what we can and cannot do and, also, we're not trying to break the band up again. My jokes are fun and there's a couple gut punches. You gotta go for it.” 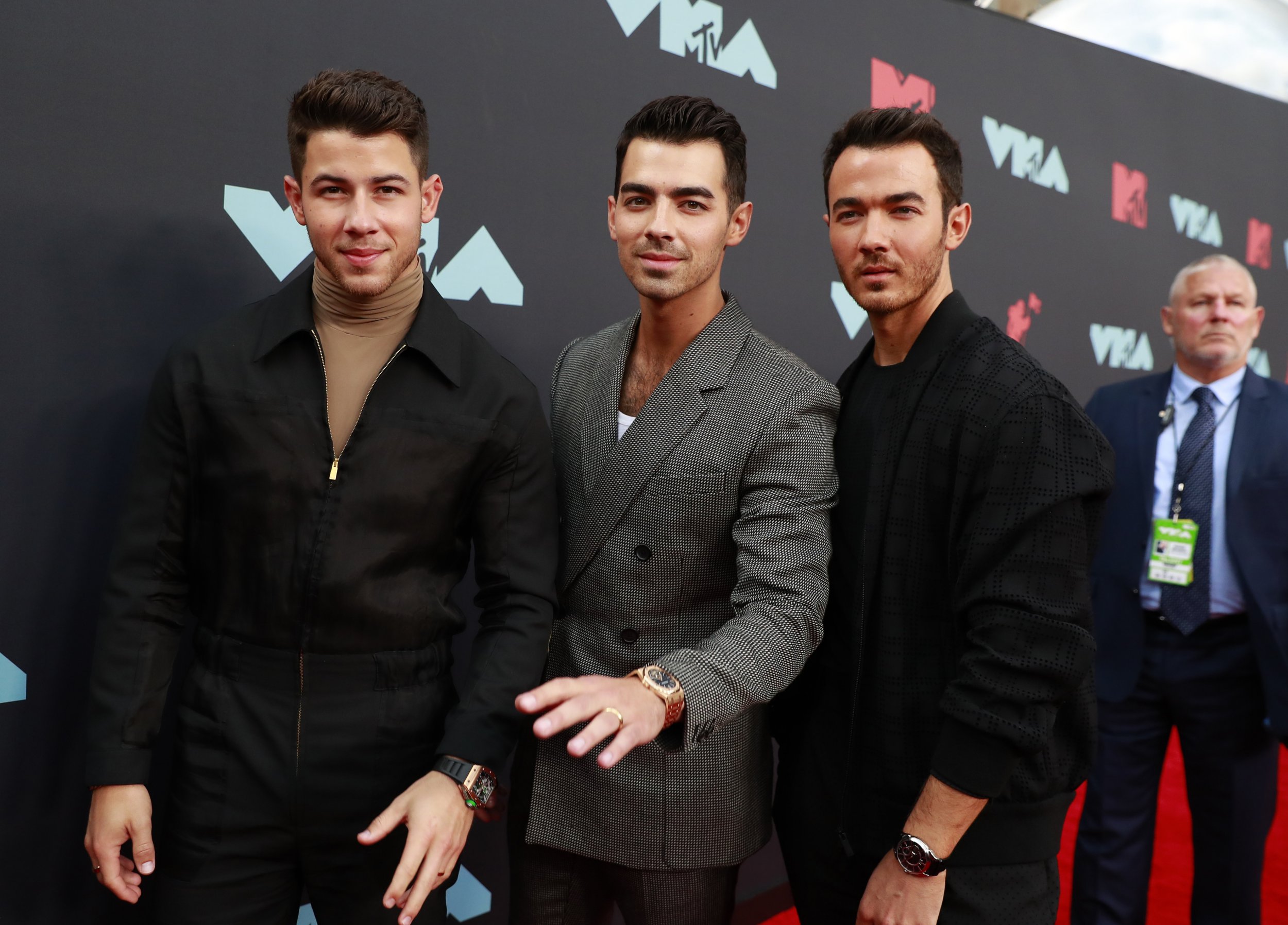 What are the net worths of the Jonas Brothers?

According to Celebrity Net Worth, each of the members of the Jonas Brothers are multi-milionaires.

Kevin, who is 34 years old, has an estimated net worth of around $40million. He's an active member of the band, but never had a solo career like his other brothers did.

He was married to Danielle Jonas in December of 2009, and the two share two children together: Valentina and Alena.

Joe also has an estimated net worth of around $40million, while his wife, Sophie, comes in at around $8million.

After the Jonas Brothers initially split up in 2013, Joe released solo music as well as forming a band of his own: DNCE.

Nick Jonas, 29, has an estimated net worth of around $70million. His solo career was the most successful, and he's also appeared in various television shows and films.

His wife, Priyanka, has an estimated net worth of $70million herself. The Bollywood star has around 80 acting credits to her name, and 15 producer credits.

All three of the brothers rose to fame with Disney Channel careers, and starred in the Camp Rock franchise as well as their own sitcom, Jonas.

The youngest sibling, Frankie, has an estimated net worth of around $20million. He became increasingly popular on TikTok over the pandemic, and voiced a character in the 2008 animated film Ponyo alongside Noah Cyrus.

Who is Kevin Kilbane? Dancing on Ice 2020 star and Coventry footballer

Spoilers: Yasmeen in Corrie set to lose everything in sad story twist?