Olivia Rodrigo’s “Drivers License” was the first big hit of 2021 and it’s no surprise that she followed it up with another catchy tune. “Deja Vu” is a pretty different vibe than “Drivers License” with a video to match the changed tone as well. And interestingly enough, Killing Eve inspired Rodrigo’s video because it’s the singer’s favorite show.

Olivia Rodrigo is obsessed with ‘Killing Eve,’ and wanted to incorporate it into the ‘Deja Vu’ music video 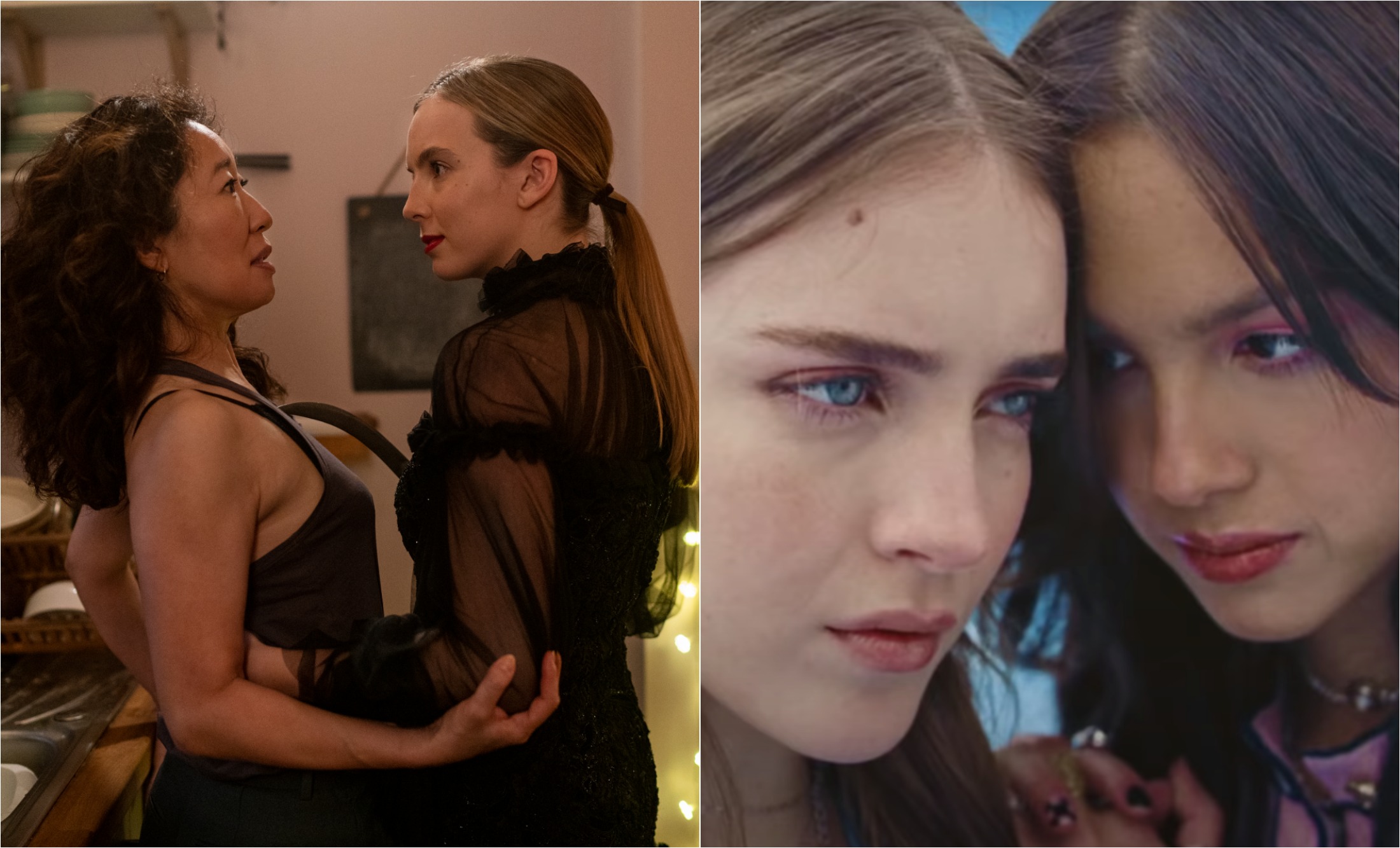 In an MTV News interview on April 5, Rodrigo shared that she came up with the concept of the “Deja Vu” video based on Killing Eve’s cat-and-mouse dynamic between Eve Polastri and Villanelle.

“For the music video, we kind of didn’t want it to be super on the nose, like relationship-y,” Rodrigo said. “So I thought it would be really fun to do a female stalker-type music video. Because I’m obsessed with Killing Eve. That’s my favorite show of all time.”

In Killing Eve’s first season, Eve (Sandra Oh) is put on a case that is set to investigate Villanella (Jodie Comer), a Russian assassin. However, Eve becomes obsessed with Villanelle (and vice versa), and it evolves into a very tension-filled, back-and-forth between the two through three seasons that also includes feelings at some point.

For Rodrigo’s video, it’s more on the side of Rodrigo’s character finding the object of her obsession (presumably the girl dating her ex) and watching from afar. She copies a lot of what she does (or the other way around, depending on how you interpret the video/song). Then at the end, the ex leads on that she knew Rodrigo was watching the entire time, which ticks her off. And the roles sort of switch.

“I think it really ties into that, ‘Do you get deja vu?’ thing,” Rodrigo said about choosing a Killing Eve inspiration for her video. “Because it’s like these two girls living two really similar lives. Because they wanna be like each other.”

In addition to her favorite show inspiring the video, she also gave the advice that your favorite artists should inspire you as well. In fact, it’s her most important writing tip.

“Listen to music like a songwriter,” she said. “I have grown exponentially from doing this. I think it is the best way to grow in any way, is to draw on inspiration from people that you look up to.”

Rodrigo shared that she listens to her idols’ music, watches their content and interviews, and then writes songs based on what they might make.

“And it just completely broadens your horizons,” she said. “And helps your music gets that much better.”

Of her idols, she named Taylor Swift as a massive inspiration, which is no surprise. She said that Swift paints pictures in an inspiring way and Rodrigo loves her storytelling and narrative songwriting.

Another artist Rodrigo loves is Lorde, who can also be heard in Rodrigo’s music. She said that Lorde’s production, in particular, are full of interesting choices that she loves. She also finds her to be a great lyricist and poetic.

And lastly is Phoebe Bridgers. The singer/songwriter is a “lyrical inspiration” for Rodrigo because she’s so “brutally honest” with songs that are impactful in a way that Rodrigo hopes to be.

One of Rodrigo’s songwriting tips is to read poetry

Speaking of a poetic way to write music, which she touched on with Lorde and Bridgers, a tip Rodrigo had was to read poetry to become inspired. She suggested reading “as much poetry as you can” because it “informs” her lyricism a ton.

“I think I have to start a song with a lyrical concept or idea,” Rodrigo continued. “I’m a very lyric, story-based songwriter and everything else is kind of secondary to that. So in order to write a song that I like, it has to be either a poem that I like or a concept or a play on words that I can go from.”

She said that she had the concept of “Deja Vu” in the hook: “When she’s with you, do you get deja vu?” which was a notion her and her friends thought of when they went through breakups.

“Sometimes you break up with someone, and they get with somebody else and it sort of feels like everything that they’re doing is recycled,“ she said, describing the situation that inspired the song.

Obviously her advice and inspirations are all paying off with her two big hits thus far. And surely more to come.

The best alliances in the history of Big Brother