It is quite clear from a theatrical and a streaming front, Disney is already dominating.

While CEO Bob Chapek has of course championed the booming Disney+ during the pandemic, the fact that theatrical remains powerful is not lost at all on the company. They will obviously conquer November with Black Panther: Wakanda Forever which had many breathless the other night after its Hollywood premiere, and December also belongs to Disney at the box office with 20th Century Studio’s Avatar: The Way of Water. Wakanda Forever is set to open to $175M-$200M, and it won’t be surprising to see if it emulates or surpasses its first chapter which did $700.4M stateside.

The rich man’s problem for Disney is where to best exploit its legacy IP.

But this has been a situation for Disney for decades, and a winning attribute as well. With such powerful brands Disney can traverse frontwards and backwards the theatrical-to-home ancillary pipeline, stoking their family audiences to wherever the content is placed. 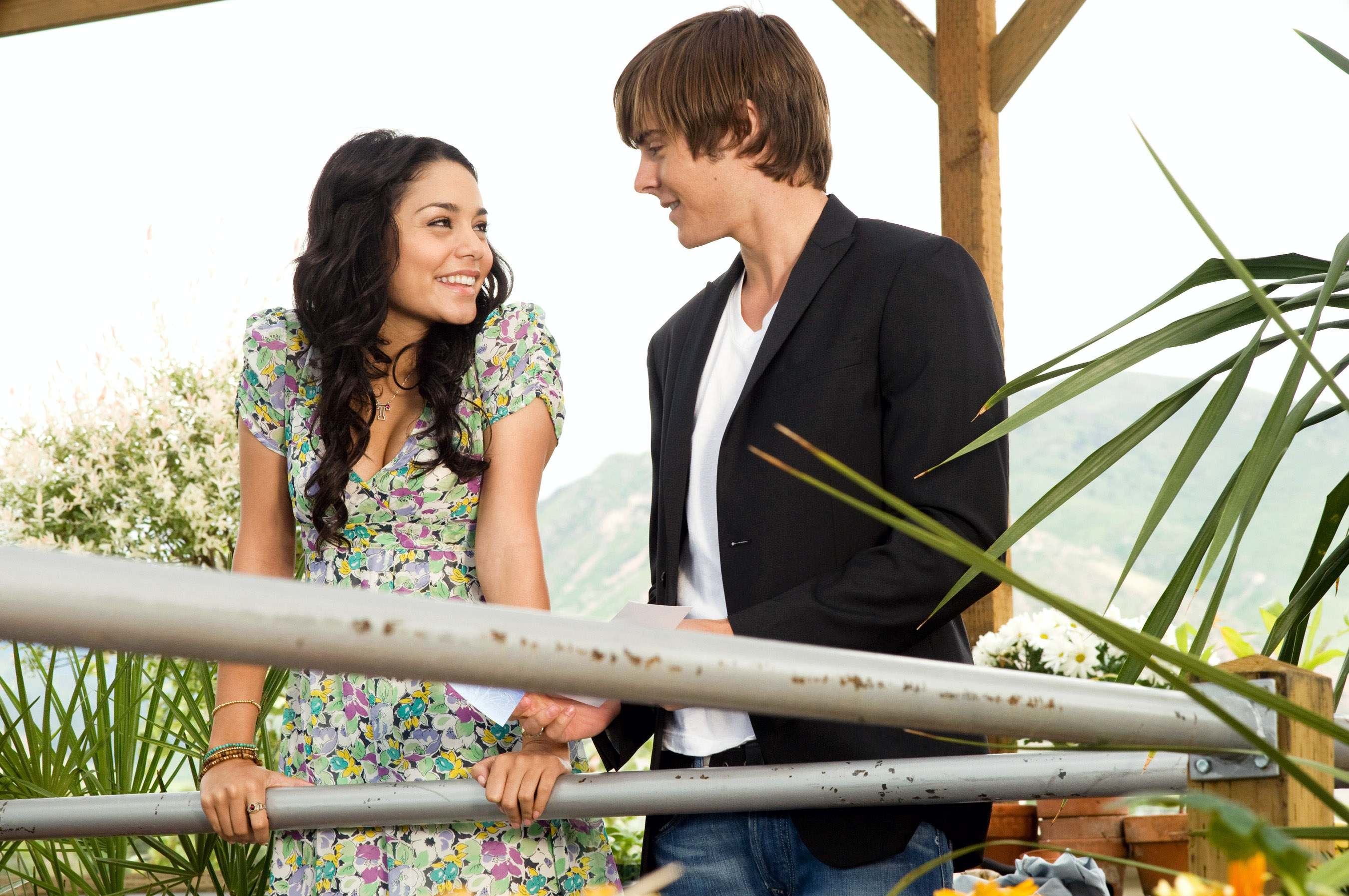 Read, they decided to go direct-to-video with sequels to their Jeffrey Katzenberg-developed feature animated musicals like Aladdin, Lion King, etc. while they’ve even succeeded in reverse engineering their home-grown successes, i.e. the High School musical franchise saw its threequel get a theatrical release in 2008 with an excellent $42M U.S/Canada opening, $90.6M stateside gross and near $253M WW. Ditto for the Disney Channel property Hannah Montana which made a big segue to the screen in 2008 with Hannah Montana and Miley Cyrus: Best of Both Worlds Concerts which had a $31M opening at 683 theaters, still excellent for a limited release with $45K per theater, for a $65.2M domestic, $70M-plus global gross. That concert film only cost Disney $7M before P&A. 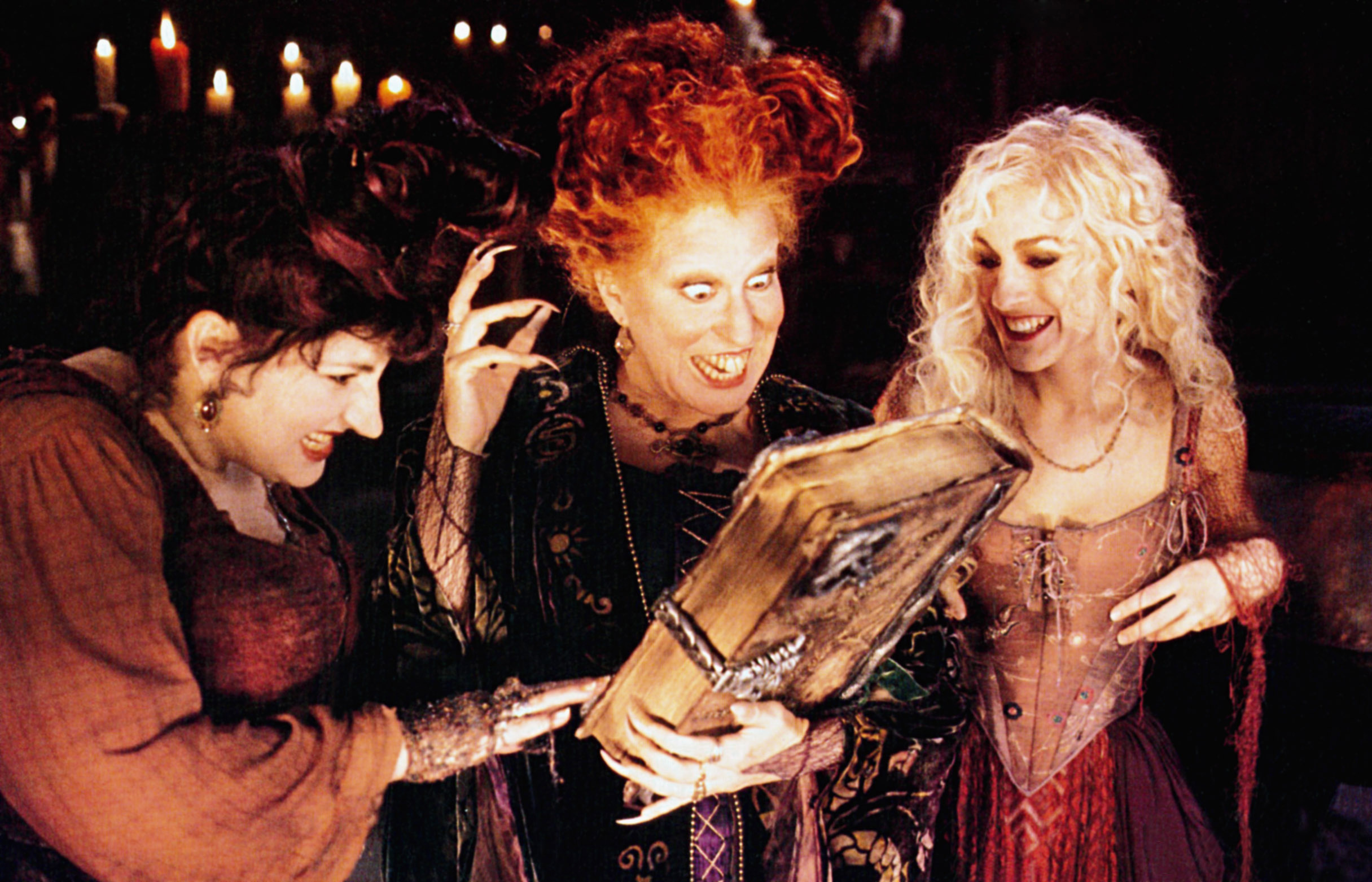 So when it came to making a sequel to their 1993 cult family film, Hocus Pocus, Disney decided to eventize it on Disney+. Yes, arguably the autumn theatrical marketplace would have propped this movie greatly, however, realize that the films hitting the marquee now were developed roughly two years ago and at a time when it wasn’t clear whether female moviegoers would be back in droves. Hence, the most responsible financial bet for a sequel to a near 30 year old movie, which only made $44M at the domestic B.O., with such demographics was on Disney+. This despite the fact that during the first of weekend of October 2020 when New York and LA theatrical markets were shuttered, the Disney theatrical re-release of Hocus Pocus led the box office with around $1.7M. The re-release had something of a day-and-date release with an airing on Disney sister cable network Freeform two nights before its theatrical; the pic’s star Bette Midler live-tweeting.  All of this was enough of a litmus test for the Burbank, CA-based studio to move forward with a reteam of Midler, Sarah Jessica Parker and Kathy Najimy as the Sanderson sisters.

Still, Disney was always aware of the heated fandom for this film: On the sequel’s drop date of Sept. 30, teachers showed up wearing Hocus Pocus shirts at a local Santa Clarita, CA elementary school reading “I Smell Children”.

Disney’s proper reading of tea leaves resulted in Hocus Pocus 2 bewitching the masses with the movie not only the most watched ever on Disney+ todate, but notching a Nielsen record for a streaming movie in its first weekend with 2.7 billion minutes views.

This success of Hocus Pocus 2 was propelled by a D-Day marketing campaign, not unlike that which Disney would execute for any of their theatrical tentpoles.

“It was the simple idea of these three iconic characters returning,” says Disney Studios President of Marketing Asad Ayaz, “We started the campaign with the tagline ‘We’re Back, Witches’ And that line served as the ultimate marketing hook of these three actresses coming back 29 years later.”

The campaign officially kicked off in June with the surprise debut of the first trailer online. That piece garnered over 43.5M views in the first 24 hours and the reaction was overwhelmingly positive at 90% on social media metrics. The second trailer was revealed as a surprise to fans attending Disney’s D23 Expo on Sept. 9 and was released online immediately after, that piece yielding 20M views with the momentum continuing. All in the social media universe for Hocus Pocus 2 spanned 201M followers spiked by custom stickers, GIFs, character emojis and a Snapchat AR lens. There were team-ups with key influencers across Instagram and TikTok for hosted Watch Parties, thematic crafts & recipes, beauty, drag queens, and custom videos to celebrate the movie. The targeted activations included a Drag Brunch & Drag Bingo takeover featuring the Sanderson Sisters in LA, NYC and Miami, along with Hocus Pocus 2-themed mailers to regional influencers, and custom morning show segments in ten markets the week of launch.

Leaning into a theatrical marketing tactic on Hocus Pocus 2, Disney lined up 11 promotional partners which were organic to the movie.

Walgreens was not only a promo partner, but made an appearance in the film. The national pharmacy had a custom spot and paid digital media along with in-store signage for the pic and giveaways at their 9,000+ stores. 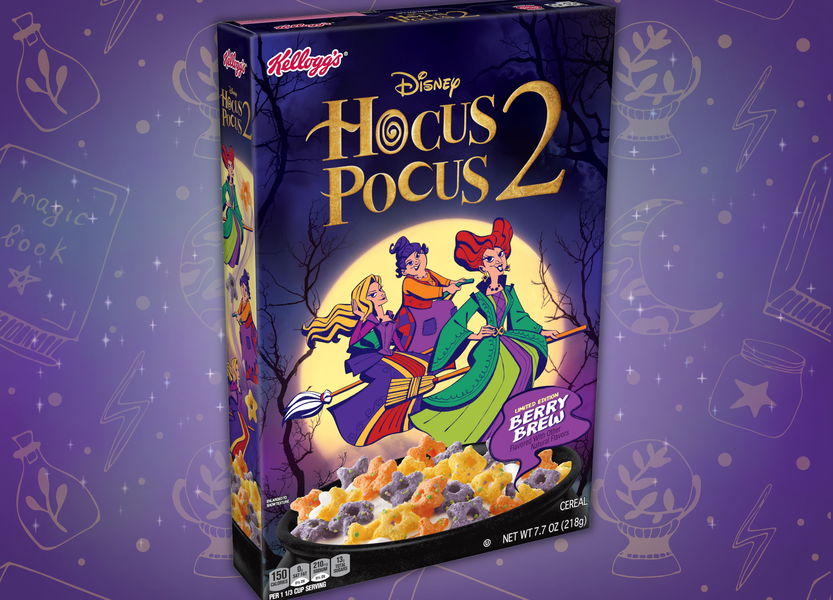 Kellogg’s created an exclusive cereal for Hocus Pocus 2 across roughly 400K boxes that were available at grocery stores nationwide. They partnered with Walmart for an exclusive sku that offered an extra promotion with the retailer, that being a special book of Winifred Sanderson’s (Midler) Spells. The cover of the cereal box is the book.

Lovesac created a custom TV spot featuring their custom ‘sactionals’ with StealthTech sound and had a placement at the film’s world premiere.

And of course, having already excited audiences on Freeform with Hocus Pocus, Disney delivered and doted on that audience again with a massive program that was part of the network’s 31 Night of Halloween programming. There were ABC logo integrations and a special look during the network airing of Hocus Pocus on Sept. 29. Disney also pushed the sequel across its sister brands with custom historical social content across National Geographic’s social communities, and a heavy spot rotation across Disney Channel, FX, and Hulu.

Over at Disneyland and Walt Disney World resorts there was show signage and digital app exclusives splashed everywhere with the Anne Fletcher directed title also having a footprint at such local events as Quinceanera Expo (LA), Atlanta Black Pride Festival, and Fiestas Patrias Olvera Street (LA), and activations with local sorority houses.

More proof that the small screen launch of Hocus Pocus 2 has tainted the franchise: The pic’s EP David Kirschner has teased that a Broadway musical version of the 1993 film is in the works.

Says Ayaz about the power of the Hocus Pocus franchise, “The film has become like a Rocky Horror Picture Show in some ways, just this classic that is a whole generation of kids, families and adults who love the film and love how funny it is.”

“What a great Halloween film it is.”