We’ve got questions, and you’ve (maybe) got answers! With another week of TV gone by, we’re lobbing queries left and right about lotsa shows including Euphoria, Law & Order, Grey’s Anatomy and Legacies!

1 | Didn’t 1883‘s Colton act a little too quickly in deciding that Alina, the German woman who’d been scalped, needed a mercy killing?

2 | It’s symbolic that Billions‘ Kate always wears her hair down now that she works for Prince, right? 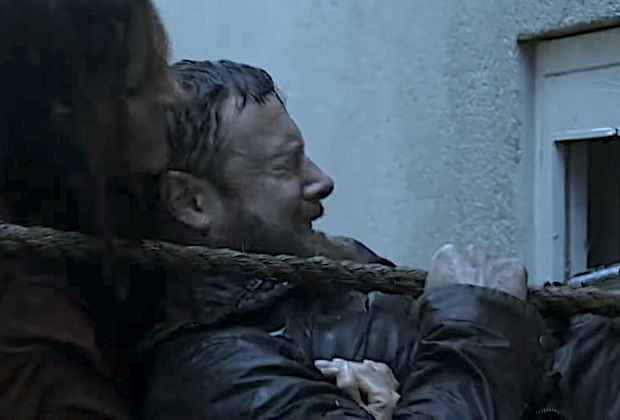 3 | As reader Keith asked after watching The Walking Dead‘s Season 11B premiere: How did Lydia save Aaron with that rope? Was it, as Snow suggested, “a magical rope which teleports Aaron to safety off-screen?”

4 | OK, Euphoria, we understand the concept of magical realism, but really: How big was Lexi’s scenery budget? And how many hours long was the first half of her play? (Also, wouldn’t Sex Education‘s Lily have killed to stage that over-the-top-suggestive locker-room number?)

5 | On Somebody Somewhere, did your heart break just a teensy bit when Sam’s dad said, “I just think we’ve got to keep trying. What choice do we have?” in reference to their alcoholic matriarch?

6 | Wasn’t The Cleaning Lady‘s sudden mention of the COVID pandemic awfully jarring (and unnecessary, too)? Is it getting a bit tiresome to watch ASAC Russo gasp at Miller’s unethical methods, only to then do… nothing? And why was Miller talking about guns with his young son in the car? (No matter how quietly he was speaking, seems unwise!)

7 | How had The Endgame‘s New York-based Agent Turner never heard of Delmonico’s? And do you think Elena knows her husband Sergey is alive?

8 | Did Snowpiercer‘s Ben and Josie at least lock the control room door before they started, well, you know…? 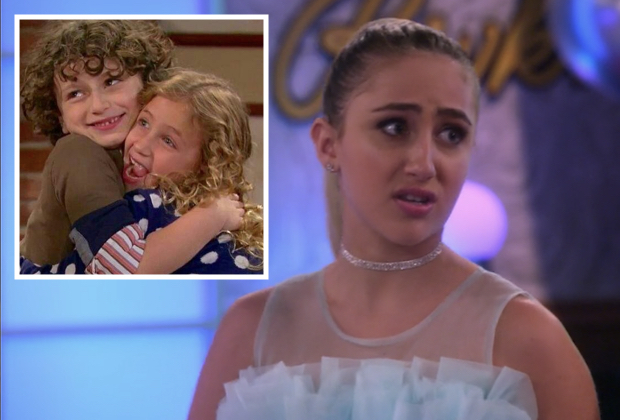 9 | On How I Met Your Father, what are the chances that future pro wrestler Timothée Chalamet competes in a Robots vs. Wrestlers tournament? Did you recognize Girls Meets World‘s all-grown-up Ava Kolker as bat mitzvah girl Rivka Rebel? And after revealing the renovated kitchen and bathroom sets from Ted and Marshall’s apartment this week, were you expecting the sequel series to complete the trifecta and bring us up to the roof (after Jesse and Sid got locked out on the fire escape)?

10 | We ask anew: Is anyone fearing what level of monster This Is Us will turn Toby into by the time of the Great Grill Tragedy?

11 | New Amsterdam fans, how delighted were you by Max’s ringtone (Justin Bieber’s “Yummy”) for Helen?

12 | Are Naomi‘s Dee and Zumbado the buddy cops you never knew you needed? And does Anthony know more about Naomi’s powers than he’s letting on? 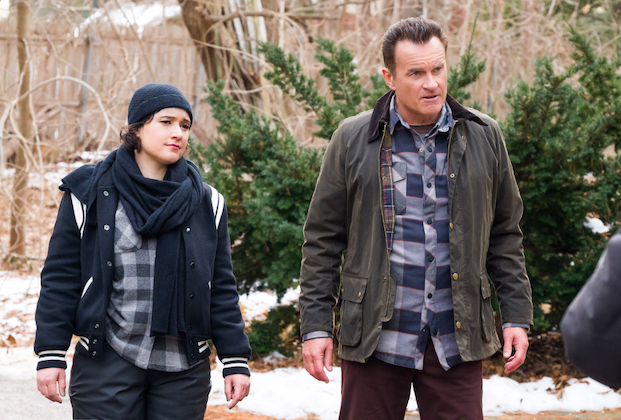 13 | Should FBI: Most Wanted‘s Hana and Jess maybe call each other before dressing for work?

14 | Why does Chicago Med‘s Dr. Archer think he has a shot with Dr. Blake? Has she even paid two seconds of attention to him?

15 | How has it taken 10 seasons for Chicago Fire to finally rescue a cat out of a tree? And are smitten Violet and Hawkins kind of adorable?

16 | On Chicago P.D., how refreshing was it to see Atwater and Upton interact as friends?

17 | Who else is more than a bit shocked that Celebrity Big Brother‘s Shanna Moakler didn’t win America’s Favorite Player (especially considering Carson Kressley’s flop of a Head of Household reign)?

18 | Batwoman fans, how disappointing was it that Judy Reyes’ Kiki Roulette was killed off so quickly? And we love Nicole Kang, but why wasn’t Batwoman herself, Javicia Leslie, paired with Caity Lotz in this CW interstitial to intro sneak peeks of, you know. The Batman? 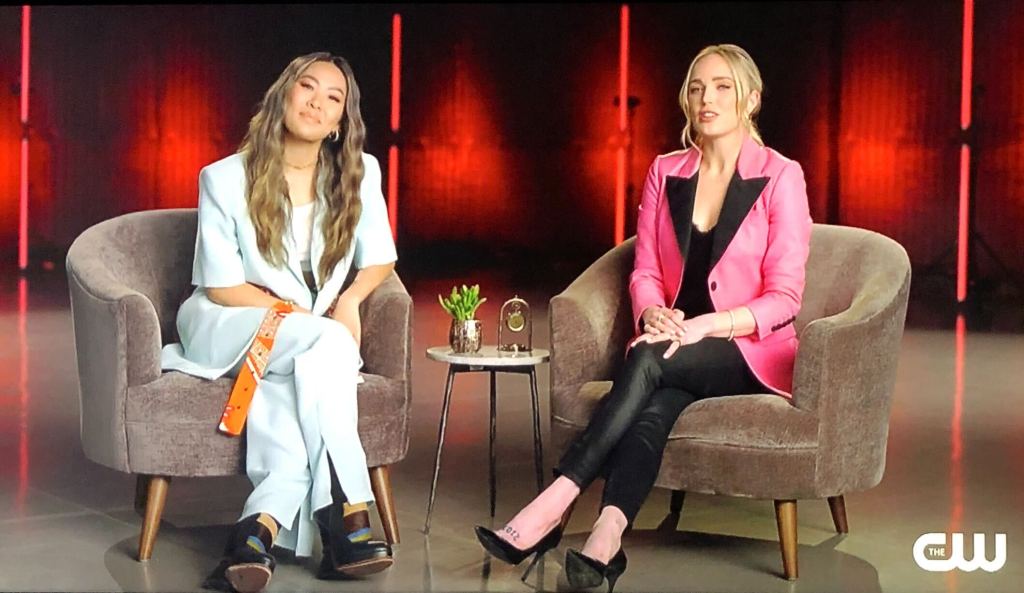 19 | It’s only a matter of time before The Conners‘ Ben and Darlene reconcile and put a downpayment on a house, right? Must every episode now end with one of them declaring that they’re never ever getting back together — like ever, when they so clearly are? And if Becky were to move in with Darlene and bring Beverly Rose with her (an idea that was floated at the start of the episode), are we to assume that Becky was going to contribute to the down payment? Or at the very least pay rent? 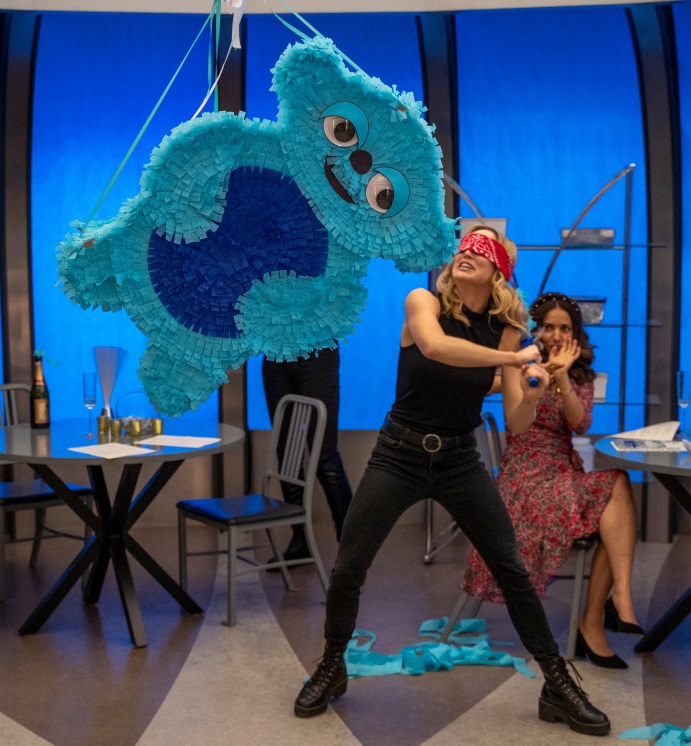 20 | Where can we get a Legends of Tomorrow Beebo piñata? And why was there copious lighting inside the air ducts while Spooner was crawling through them?

21 | On Home Economics, was Lupe and Connor’s salsa number a lot better than you thought it would be?

22 | What did you think of Teddy’s return on Snowfall? Do you think he deserved his old job? And are you bracing yourself for an inevitable Season 5 war between him and Franklin? 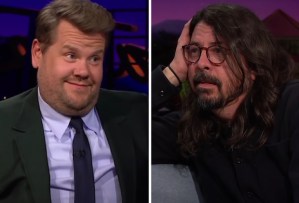 23 | During Wednesday’s Late Late Show, was Foo Fighters frontman Dave Grohl simply acting pissed off at James Corden for subjecting him to “James That Tune,” or do you think as a real musician he was genuinely put off by the whole bit?

24 | On Sistas, are you relieved or disappointed by Karen and Fatima’s awkward-but-amicable peace treaty? 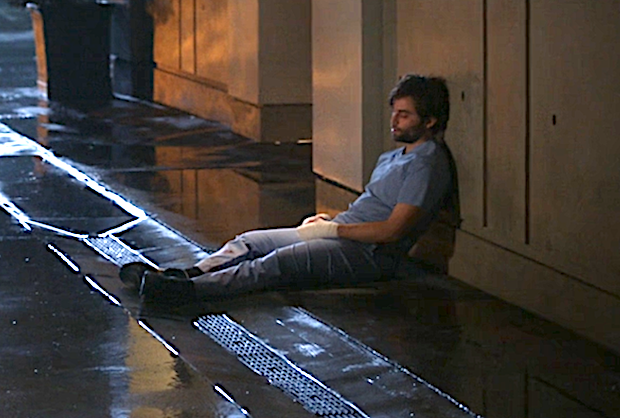 26 | After Grey’s Anatomy‘s Jo said not to leave a distraught Levi alone, who let this happen? Who?!?

27 | As Law & Order‘s more progressive cop, why didn’t Bernard intervene when Cosgrove coerced Nicole’s confession? (Especially when his face showed he didn’t agree with the tactics used?) And did the Powers That Be forget that Jamie Ross (played by surprise guest star Carey Lowell) had made the leap to New York Supreme Court judge in Law & Order: Trial by Jury? Why is she a prosecutor in the revival? (Is Trial by Jury no longer considered canon?)

28 | Who else was surprised that SVU‘s Benson didn’t say, “Yeah, I know,” when Rollins confessed that she and Carisi were dating? 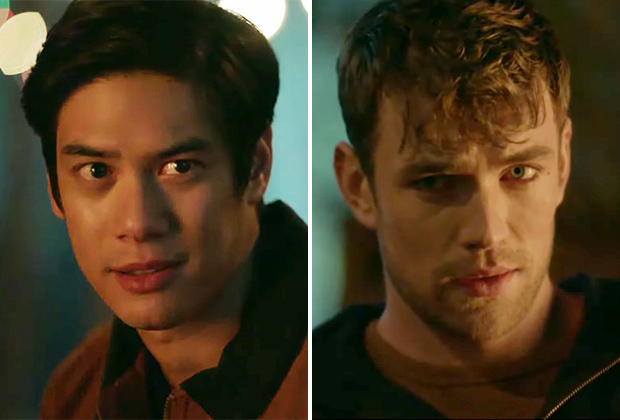 30 | We know it’s easy to over-ship (especially on a CW show set in Mystic Falls), but we’re not imagining a spark between Legacies‘ Ben and Jed, right?

31 | Did you think Pivoting was going to pull a National Lampoon’s European Vacation and have Jodie’s husband nearly climb into the bubble bath with a facial-masked Sarah?

32 | How did Servant‘s pro chef Sean not know his dinner guest was vegan? Will Dorothy reclaim her forgotten memories by season’s end? And is it safe to say that minister Nancy probably won’t be attending any more dinners at the Turners?

33 | Has “What is bitcoin/cryptocurrency?” become TV’s new “Can you put it in English?”

Hit the comments with your answers — and any other Qs you care to share!

'Little House on the Prairie': How Michael Landon and Kent McCray Scared Melissa Gilbert and the Kids One Halloween