House of the Dragon star Tom Glynn-Carney has teased what fans can expect from his older version of Prince Aegon Targaryen after he makes his episode 8 debut, revealing that viewers might want to be ‘wary’.

In the upcoming new episode of the Game of Thrones prequel, the story is set to go through yet another time jump, as the feud between Princess Rhaenyra Targaryen (Emma D’Arcy), Queen Alicent Hightower (Olivia Cooke) and their families becomes even more perilous.

In King’s Landing, fans will meet the older versions of several of the younger members of the royal family, including Alicent’s children who she shares with the King – Aegon (Tom), Helaena (Phia Saban) and Aemond (Ewan Mitchell).

During the London premiere of the epic drama, Metro.co.uk spoke to Tom about his introduction into the fiery world of Westeros, which he described as both ‘exciting’ and ‘nerve-wracking’.

The actor, who previously starred in Dunkirk, Tolkien and The King, said that he felt as though he was ‘walking a tightrope’ when trying to share tidbits about his portrayal of Aegon without giving any spoilers away.

Nonetheless, he did tell us: ‘Aegon brings a danger to Westeros, and there are certain amount of twists and turns which make him somebody to be quite wary of.’ 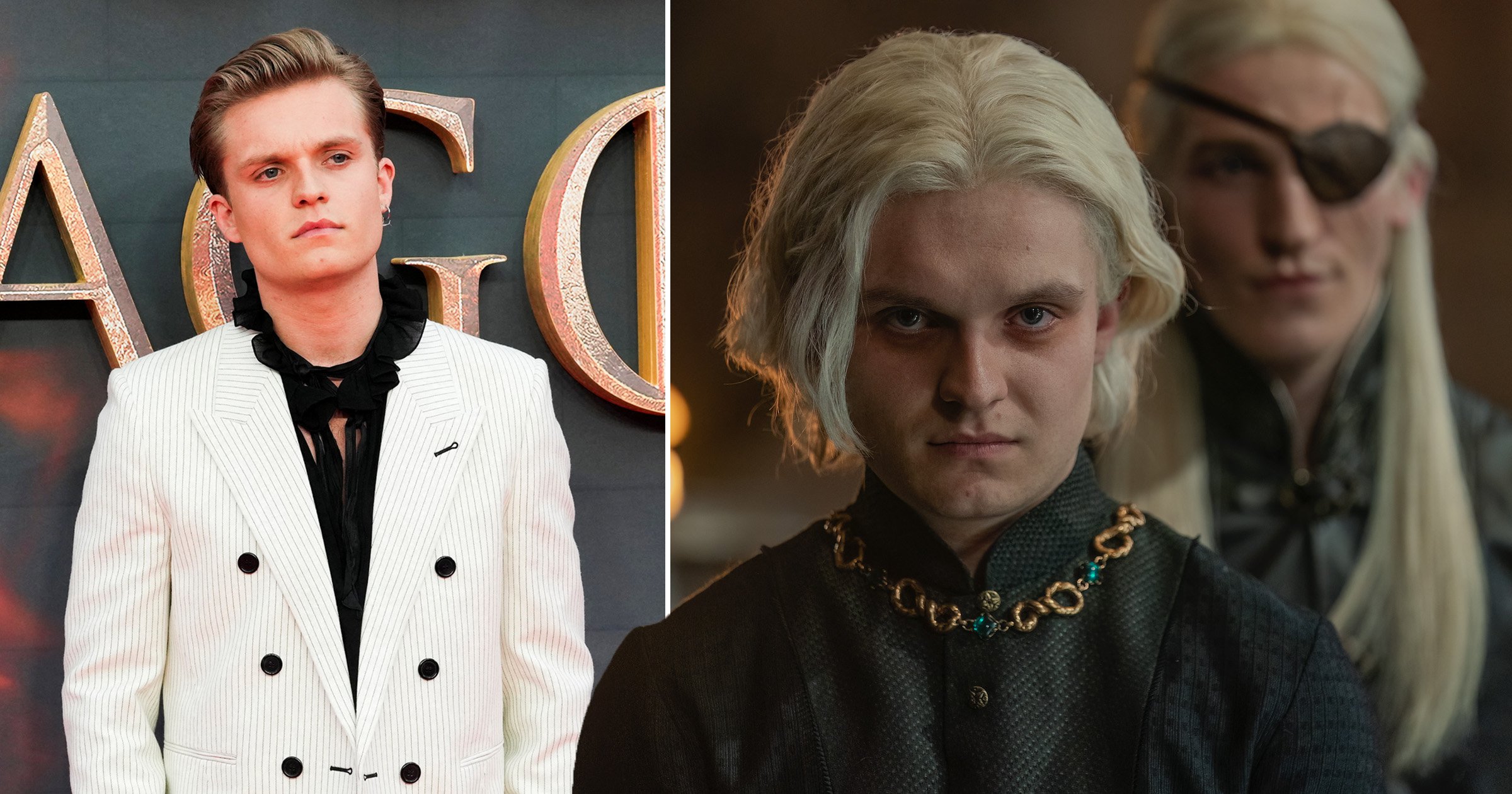 The 27-year-old then stopped himself from saying anything further, stating jokingly: ‘And I’m shutting up right now. Do you not see the red dot on my chest?’

Aegon, the first child of Alicent and the King, was previously played by Ty Tennant in the character’s younger years.

During a heated exchange with his mother in episode six, Aegon insinuated that he wasn’t interested in inheriting the Iron Throne, given his half-sister Rhaenyra was previously named the heir by their father.

However, Alicent aggressively told him that he had to prepare to fight for the crown, as his life would be at risk otherwise.

Therefore, perhaps the danger Tom is talking about could be linked to the older Aegon being increasingly ready for war?

During Metro.co.uk’s conversation with the actor, he showered the original Game of Thrones series with praise, saying that the House of the Dragon cast were ‘standing on the shoulders of giants’.

‘We want to bring the same amount of angst and danger and unpredictability to the show as they did,’ he said.

‘It’s about human beings, and we feel that it’s very much about the humanity of people. You see people’s flaws, the flaws of man. It’s exciting, it’s going to be good.’

In the trailer for episode eight, Ser Otto Hightower (Rhys Ifans), the Hand of the King, is seen sitting on the Iron Throne speaking on the monarch’s behalf, while his daughter Alicent stands with her three grown-up children.

Rhaenyra, who is positioned opposite her former best friend with her own family, says in another scene: ‘Those vipers rule in my father’s name,’ before the camera cuts to Aegon smirking menacingly.

The end of House of the Dragon season one is inching ever closer, with the finale set to air on October 23 in the US and October 24 in the UK.

However, with season two already in the pipeline, fans can rest assured that there’ll be plenty more bloodthirsty battles and political palavers to come.

House of the Dragon next airs on Monday from 2am on Sky Atlantic and NOW.