House of the Dragon: 'Weeks ahead' trailer teases future episodes

The Rogue Prince dealt with the fallout of King Viserys Targaryen (played by Paddy Considine) naming his daughter Rhaenyra (Milly Alcock) his heir, breaking centuries of convention by choosing a woman to sit upon the Iron Throne and causing mortal offence to his former successor and brother Daemon (Matt Smith).

There were plenty of twists and turns to keep viewers guessing with House of the Dragon getting into the nitty gritty of public and personal politics – but how did the episode stack up?

WARNING: This article contains major spoilers from House of the Dragon episode 2, The Rogue Prince

Where to start? There were so many great moments. Rhaenyra and Princess Rhaenys Velareon’s (Eve Best) heated discussion over the order of succession was once of them, really tapping into the politics of Westeros.

The Queen Who Never Was finally unleashed her ire at being passed over in the line of succession for being a woman with Rhaenyra and Rhaenys locking horns, the elder woman warning the young heir would never be queen “because that is the order of things” with the princess defiantly stating her plans to create a new order. Her words hinted at the age-old question of Targaryen madness and had shades of her descendant Daenerys (Emilia Clarke).

While this confrontation of sorts played out on a balcony, down below Viserys was involved in a skin-crawlingly creepy moment where the Velareons were flinging their 12-year-old daughter Laena (Nova Foueillis-Mosé) into the king’s path in a last-ditch attempt to secure their place within reach of the Iron Throne.

Considine plays Viserys with such sympathy, you could tangibly feel his awkwardness at the king’s discomfort which made you root for him as one of the few honourable characters in House of the Dragon, an anomaly in the world of Westeros. 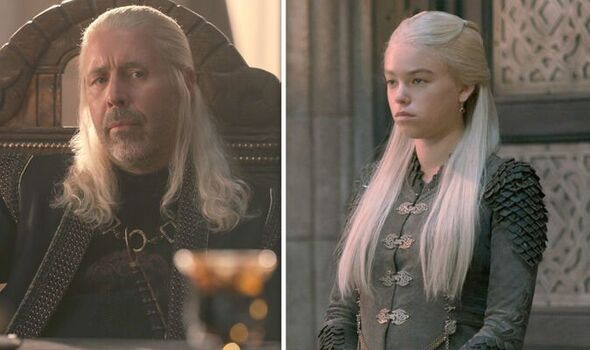 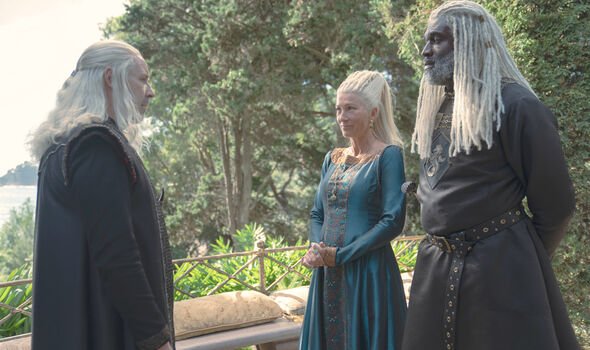 There was some nice little insight into Viserys and Rhaenyra’s dynamic as they struggled to discuss their grief over Queen Aemma Arryn’s (Sian Brooke) death.

We got a tiny bit of the relationship between father and daughter last week, with viewers arguably seeing more between Alicent Hightower (Emma Carey) and Otto Hightower (Rhys Ifans) than Viserys and Rhaenyra but finally the balance was struck.

Although there’s a palpable love between them, it’s tempered by Viserys’ role as king and Rhaenyra still a subject with the power for her heirdom to be undone should he decree it.

Like all the relationships in House of the Dragon, theirs is a relationship which will be ever-shifting and evolving throughout the series. 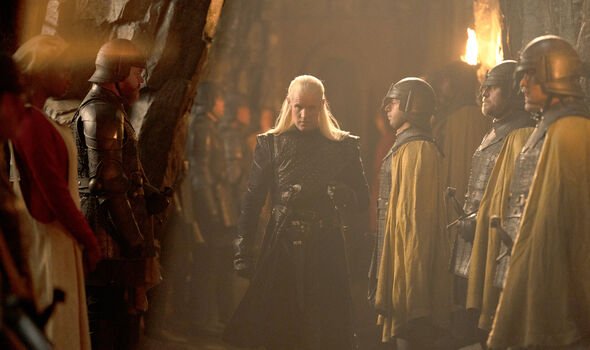 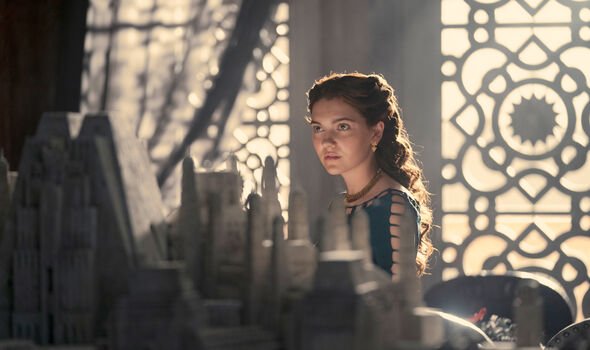 Feeding into all this was Rhaenyra asserting herself as the presumptive ruler of Westeros and getting slapped down in front of the Small Council, suggesting she could be following in Rhaenys’ footsteps as the second Queen Who Never Was.

However, her diplomacy put the Small Council to shame as she successfully avoided bloodshed with Daemon and proved her mettle.

Yet she still got very little credit for her fast-thinking action and it seemed it all backfired as Viserys’ mind was made as he solidified his intentions to remarry as the king realised how vulnerable the line of succession was without more heirs.

The biggest twist came with Viserys’ choice of wife in Alicent, who Otto has been thrusting his daughter into the king’s path since the beginning and clearly played on the monarch’s naivety to a tee.

The production values continue to stun – Rhaenyra and Alicent’s lighting candles in the sept is a visual highlight, along with Daemon’s standoff with Otto after nabbing a dragon egg initially intended for Prince Baelon’s cradle before the baby’s tragic death an hour after his birth.

House of the Dragon will be in line to win plenty of awards for its impressive aesthetics as well as its writing. The writers are slowly laying down lots of seeds which will reach fruition by the end of the season.

House of the Dragon has a big advantage over parent series Game of Thrones: the source material exists in its entirety.

This means the writers have a strong end point to aim for thanks to the show only covering a small portion of the voluminous Targaryen history Fire and Blood covers.

Game of Thrones started off so strongly because George R.R. Martin’s detailed novels provided a firm foundation for David Benioff and D.B. Weiss to work off but once the source material ran out, the show became less cogent and lacked the nuance the books lent to its adaptation.

This difference allows House of the Dragon to better Game of Thrones because the whole story has been laid out. Moreover, Fire and Blood is a history book rather than a novel, meaning only the bare bones have been laid out and there is plenty of room for creative licence within this – depending how much the writers plan to diverge from the source text.

Those who have read Fire and Blood can really see the story slowly sewing the seeds and building towards a climax which will be just as shocking yet satisfying as anything seen in Game of Thrones.

The show already feels different with fresh energy to it as it throws off shackles and expectations created by Game of Thrones – and long may this continue as the story progresses.

Katie Byrne: 'Love Island isn't about love and lust – it's about social acceptance and rejection'