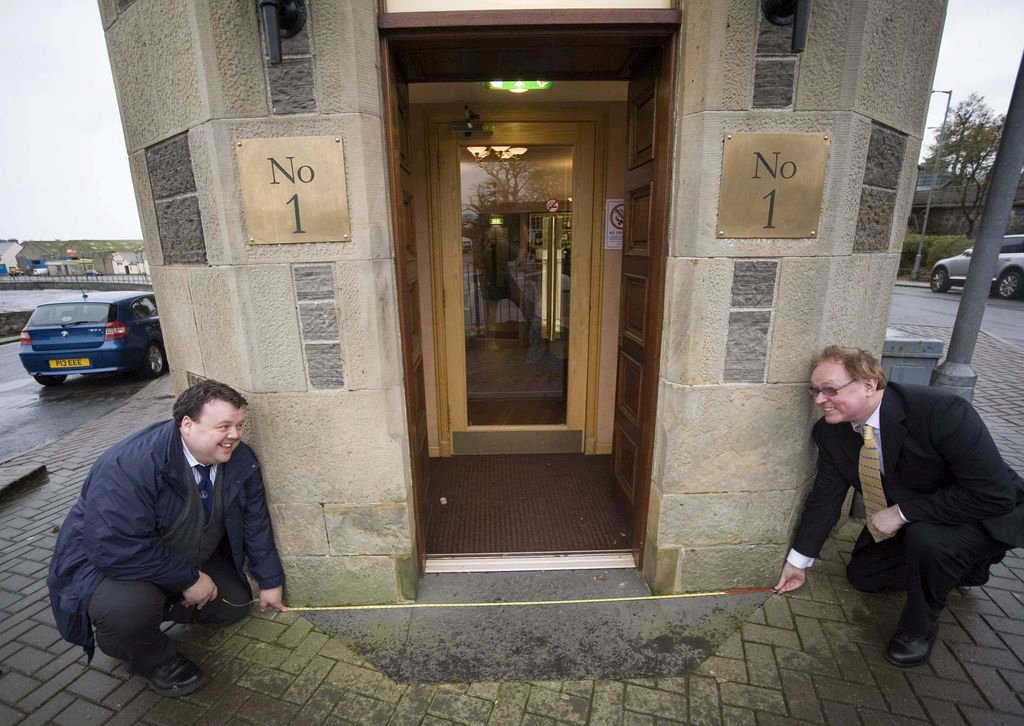 Mackays Hotel has been passed down through three generations of the same family for 67 years.

Located in Wick, Caithness, the northernmost point of mainland Scotland, the hotel is situated on the world’s shortest street – Ebenezer Place.

The street has been recognised as such in the Guinness Book of World Records, and goes on for a mere six feet and nine inches.

Indeed, it’s dwarfed by the award-winning hotel, which has 30 en-suite modern bedrooms, six self-catering apartments, and supports around 30 local jobs.

It is located on the world-famous North Coast 500 and welcomes around 54,000 global North Highlands visitors every year.

Owners Murray and Ellie Lamonttook over the management of the hotel in 1983 before going on to purchase the property from the rest of the family in the 1990s.

Now Murray, who’s worked at hotel since he was eight years old, said the time is now right for them to ‘hand over the reins’.

Dad-of-one Murray said: ‘Our family is incredibly proud to have been the caretakers for our family-run hotel for 67 years.

‘During that time Mackays Hotel has become an integral part of local community life here in Caithness.

‘The hotel has gone from strength to strength, winning a number of industry awards and accolades and welcoming over 50,000 global visitors to the north Highlands and famous North Coast 500 each year.

‘We’ve always prided ourselves on our warm Highland welcome to guests from across the world every single year and have some very happy memories from our time as owners of the hotel since the 1990s.

‘We’d like to thank all our guests, staff, suppliers, local community and friends for their continued loyal support over the decades.

‘We now feel the time is right to hand over the reins of Mackays Hotel to new owners who we hope are as passionate about Wick, Caithness and North Highland life as we are.’

The hotel is being marketed by Drysdale & Co in three lots: the 30-bedroom Mackays Hotel, the six self-catering apartments, and a vacant Church building for separate negotiation

‘Chicago Fire’: Do They Use Real Fire During Scenes?

'The Incredible Dr. Pol': Dr. Emily Gets Brutally Honest About Being a Woman in the Veterinary Field