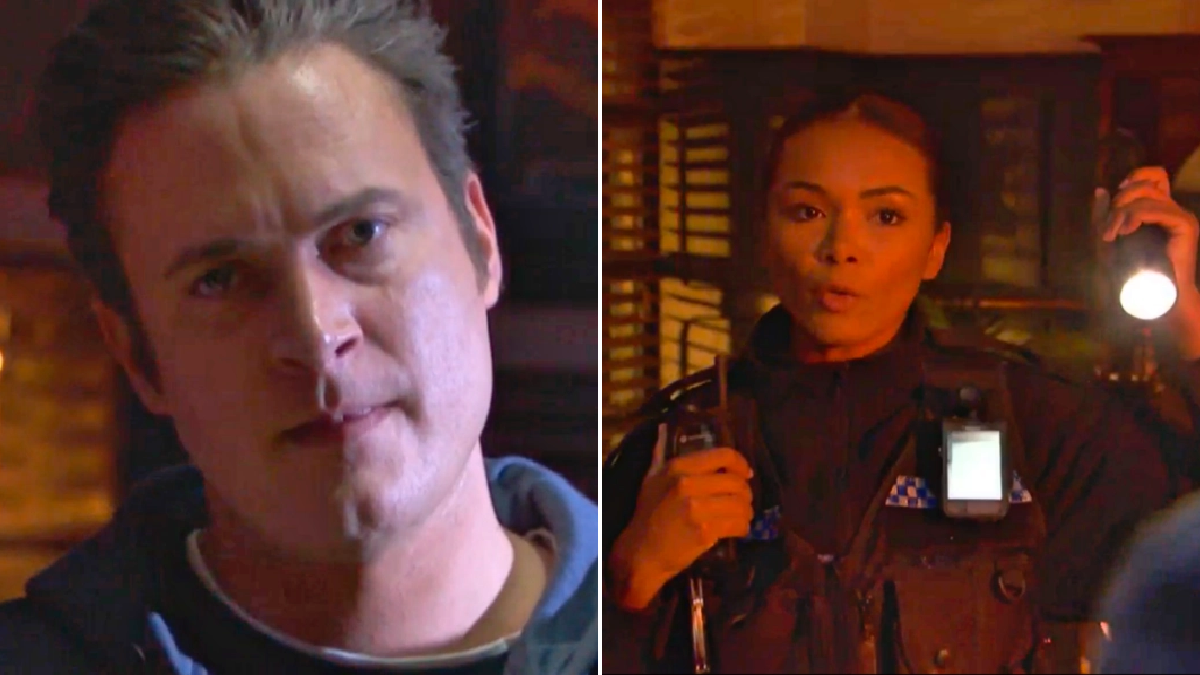 Luke Morgan (Gary Lucy) was caught in a precarious situation in Hollyoaks tonight (August 30), after he was arrested while staging a robbery at The Hutch!

The mainstay of the Channel 4 soap was determined to assist Tony Hutchinson (Nick Pickard), who is drowning in debt and worries that he will lose his beloved restaurant.

The duo decided on a pizza-making day in the hopes of raising some cash, but in spite of things getting off to a decent start, the plan fell apart when Tony realised that Luke had been selling them off for £2 each.

Luke headed off to have a think, and after a chat with Walter Deveraux (Trevor A Toussaint), he came up with a plan, telling Tony that they should stage a robbery and claim on the insurance!

Tony was horrified by his pal’s suggestion, and attempted to talk him out of it, but Luke was convincing in his argument.

This, coupled with his desperation to save The Hutch, ultimately resulted in him giving Luke the go-ahead!

However, he issued Luke with a warning, reminding him that, once the alarm sounds, he only has a minute to get out before the police arrives.

Luke made clear that he understood, and later, he enacted his plan, breaking into The Hutch.

He messed the restaurant up, and made it look like a robbery had taken place, but he got distracted by Cindy Cunningham (Stephanie Waring), who called him to let him know that his aunt Lydia (Cathy Shipton) was at home.

This distraction proved long enough for PC Franks to enter the restaurant, and arrest Luke for robbery!

Will Luke go to prison? Or will Cindy be able to rescue him?