The video, which highlights some of the biggest plots over the coming weeks, confirms an hour long special for the end of evil incel Eric’s storyline, which culminates with several characters being taken hostage.

Elsewhere, Mercedes McQueen (Jennifer Metcalfe) is filled with passion for Felix Westwood (Richard Blackwood) – until he drops a big revelation.

He shopped Bobby to the police, not John Paul (James Sutton).

In more uplifting developments, we are also introduced to some incoming characters, as there’s a new solicitor in town and another newcomer causes a stir for brothers Prince and Hunter (Malique Thompson-Dwyer and Theo Graham).

Here is what we learnt, and what you have to look forward to…

Eric’s terrifying crossbow rampage as he prepares to end everything 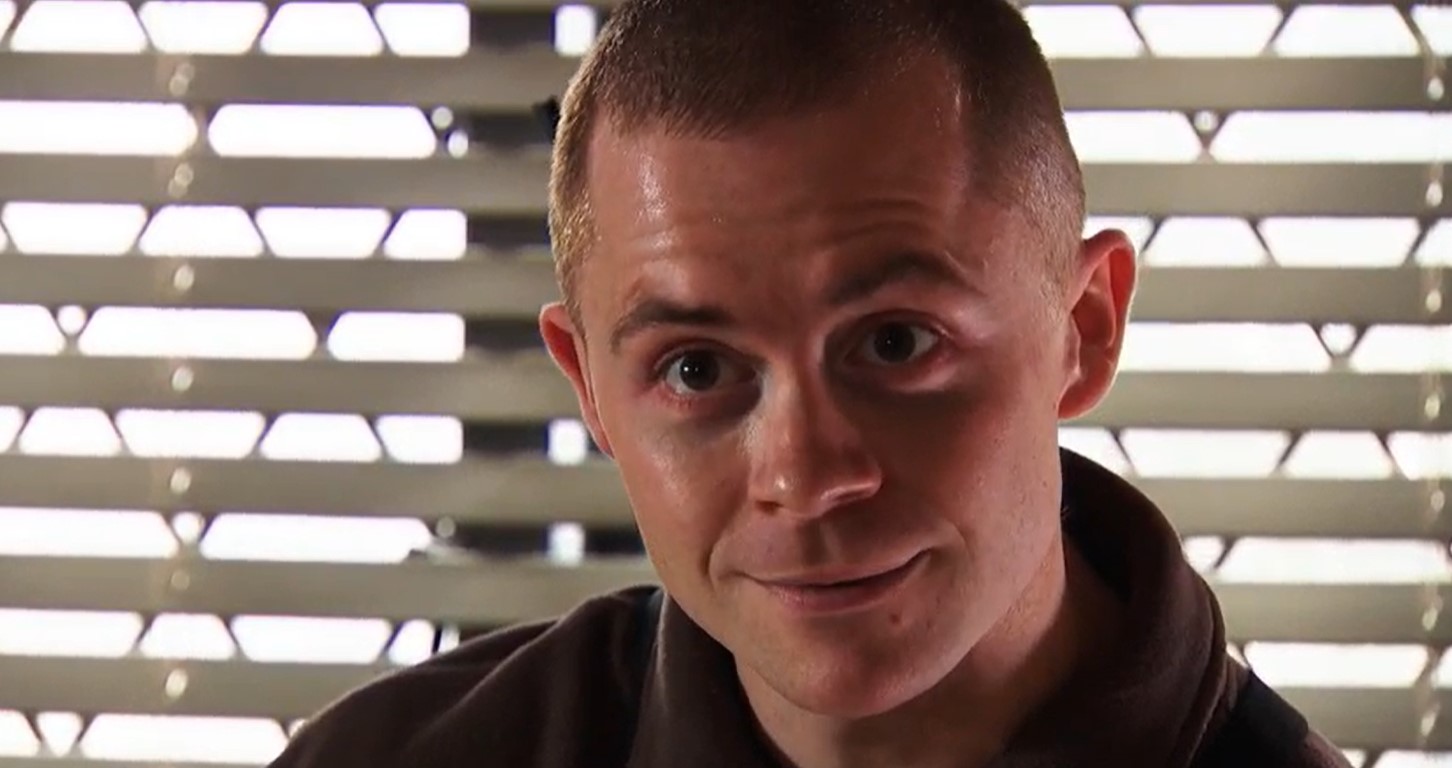 Maxine is taken captive by Eric when she uncovers his disturbing plan to end things – as he declares that everyone will know who he is after today.

In The Dog, he gatecrashes Verity’s wake, armed with a crossbow and killer intent.

Fuelled by his misogynistic beliefs of feeling ignored by women, and the support from his online community, Eric embarks on his plan to enact deadly ‘revenge’.

As he declares that no-one is getting out alive – including himself – he has Tony, Diane, Lizzie, Serena, Cindy, Zara, Maxine, and Zoe as hostages – but how many victims will he claim?

Tragedy seems to strike when Eric fires the weapon, with Tony then declaring that Diane is dead…

Viewers may be suspicious that Hollyoaks will give away such a big outcome in a trailer – but is it a double bluff and Diane is indeed gone?

Or can she pull through this?

Juliet’s lymphoma diagnosis takes its toll as she continues to push family and friends away, but her ex-fiancée Peri offers her support and encourages her to lean on the people who care for her.

Will their shared trauma pull them together or drive them apart, especially when Juliet is hit with more bad news?

Meanwhile, best friend Imran’s treatment at the eating disorder clinic leads to the pair forming a close bond on their road to recovery.

A houseful for Prince

Arriving in style, newcomer Rayne turns heads as she rocks up on a vespa, ready to support best friend Lacey who has a job interview with hard-to-impress James at Dee Valley Law.

When Lacey tells James she wants to be a solicitor to help people, he scornfully laughs in her face.

Another familiar face returns as Romeo is back from Spain, and ready for his welcome home party, but what will he make of his new roommates, who have moved into the flat?

Felix tells the truth to a shocked Mercedes

A new romance flourishes in the New Year as Felix offers Mercedes a shoulder to cry on, but little does she know that her new love interest is responsible for her son, Bobby, being behind bars.

It’s not long before guilt spurs him on to confess, but will she be able to forgive – or might she even take revenge?

As Mason is rushed to hospital ahead of Eric’s deadly rampage, it seems like his vile act of taking pictures of a sleeping Leah is about to come to light.

As he lies in a hospital bed injured, he warns his parents of Eric’s plan, but is it too late?

Meanwhile, Ste bursts in, enraged by what Mason did to his daughter…

‘The Batman’ Wings Past $500M At Global Box Office

Will The Bachelor Summer Games Get Canceled over Coronavirus Fears? ABC Exec Weighs in