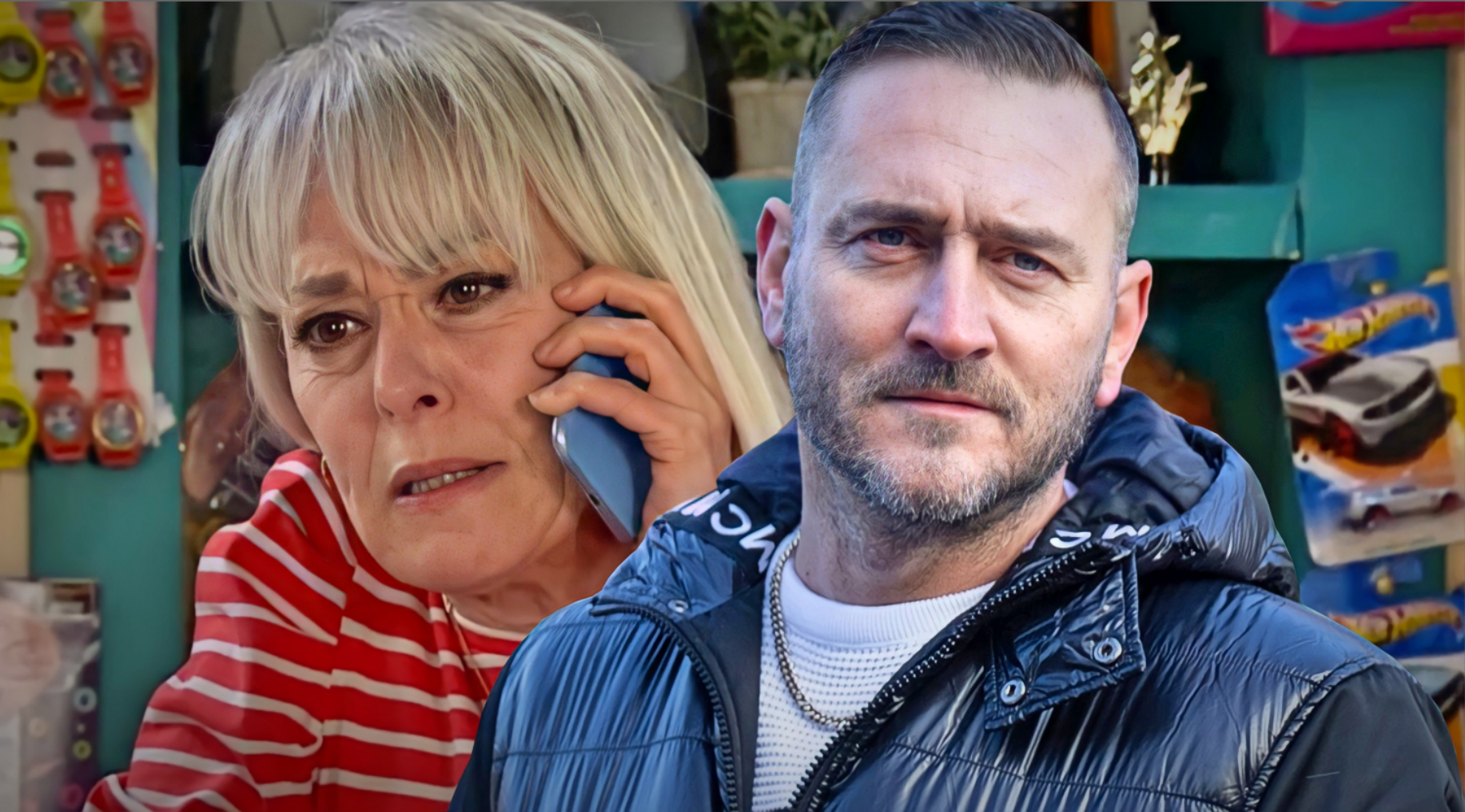 Coronation Street villain Sharon Bentley (Tracie Bennett) has well and truly made herself at home since returning to the cobbles.

The former mainstay of the ITV soap set foot back on the eponymous street last week for the first time in over two decades, and subsequently wasted little time in getting her feet under the table.

Her intentions were, at first, nothing but good, but it was later revealed that the legend is, in fact up to no good, as she searches for missing Leanne Battersby (Jane Danson) on behalf of nephew Harvey (Will Mellor).

Sharon, however, is somewhat of a different person since the last time we saw her – or at the very least, she’s trying to be. And it’s the complexities of the character that made actress Tracie reprise her role after a whopping 22 years!

‘You’re interested in the flaws of somebody,’ the star told Metro.co.uk. ‘Well I am! You know, if you just play nice all the time… that’s fine and I’ve done that, but the flaws of a human being – especially under pressure – especially when it’s kind of family related and there’s guilt at the back of that and kind of duty.’

‘The thing that drew me back was they knew I want a good storyline. Why bring me back and waste it? They don’t bring you back to just say: “there’s your paper love”, they bring you back on purpose, to do a big journey.’

Sharon frequented the cobbles numerous times between her first appearance in 1982, and her last in 1999. With 22 years having passed since we last saw her, it’s safe to assume that a lot has happened in that time frame.

The character informed Rita Tanner (Barbara Knox) that she’d battled cancer in recent years, for example. But just what else has she been up to? And what of her family?

‘We know she’s little brothers called Wayne and Darren and Gary,’ Tracie continued. ‘Now, it said that she’s not bothered and talked to Darren and Gary for some strange reason, but she got cancer and Wayne looked after very well – like, all the way through. He took really deep care of her and got her through it, so she feels that she owes something to him.

‘They got on really well because they didn’t at first – she was very damaged teenager. Then he died, and Sharon was devastated. She’s on her own, but Harvey has been using her, because his dad – Wayne – did that favour for her.’

She was evidently riddled with guilt about doing so, but Harvey piled the pressure on.

‘Harvey kind of emotionally blackmails her,’ said Tracey. ‘And she’s had a lot to think about since she was ill with cancer.

‘Allegedly, she’s been thinking long and hard and she’s trying to change, and she’s trying to come back to make it right. And she got this snideness and the manipulation from Harvey: “this is what I need you to do with Leanne find her and I don’t care how you do it” So Sharon has to think!

‘She’s very bright, obviously, but again, impulsive and gets things wrong and puts her foot in it and stuff. And that’s kind of all I know!’

Where To Stream Stoner Movies For Free On 4/20: Jay & Silent Bob Reboot, Half Baked, And More

Adam Sandler Belts Out His Opera Voice For 28 Whole Seconds