Prince Harry recently appeared as a guest on the podcast Armchair Expert. During the show hosted by Dax Shepard and Monica Padman, the Duke of Sussex discussed several topics, including mental health and his military service. However, during Tuesday’s Good Morning Britain, ITV hosts Adil Ray and Susanna Reid shared their thoughts on the royal’s podcast, and it seemed Susanna wasn’t impressed by the language used.

“I do want to encourage people to go and listen to this podcast,” Adil began.

“If you’re not sure, if you’re cynical. I felt it was a really useful podcast talking about mental health that affects us all.”

Chipping in Susanna continued: “Can I just say, go and listen to it if you want to.

“It is full of bad language. The guy who hosts the podcast so I’m just doing my usual thing.” 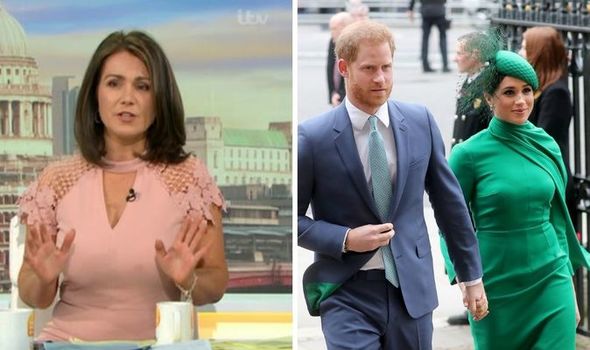 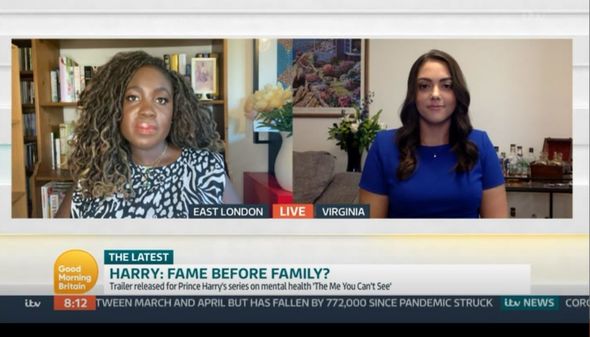 “Harry swears in it too,” Adil hit back, as Susanna replied: “It just comes with a health warning. That’s all I’m saying.”

Elsewhere in the programme, the presenters spoke with journalist Afua Adom and Washington editor Amber Athey, via video link about the podcast and Prince Harry’s new documentary with Oprah Winfrey.

Aufa said Prince Harry needs to do what is best for him, as she began: “There is no good time to talk about mental health.

“This is the time he has chosen to do that. I am sure there were some things in production before Prince Philip’s death and I am sure he chose to go ahead with them.” 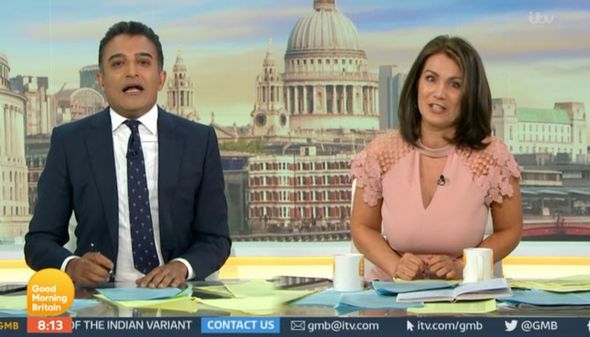 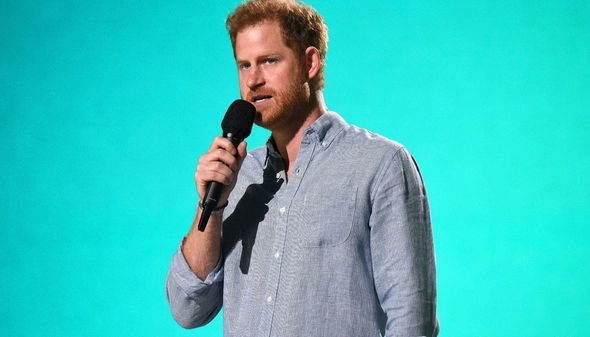 “We [need] to carry on these conversations about mental health awareness and about grief and how it affects people.

“In the documentary trailer they talked about dignity, they’ve talked about the different words we use when people talk about their mental health.

“That’s what we should be focusing on and that is very, very important.”

Amber had a different point of view as she begged Adil and Susanna to “take Prince Harry back”.

“Prince Harry has a very naive view of the media. He says that he left the UK because he didn’t like the treatment of him and his wife by the British tabloids.

“But, he seems to think the American media is going to be much better in the way that it treats him.

“That is really not accurate. The American media is blood-thirsty, just as headline hungry and just as money-centric as the British tabloids.”

Adil went on to angrily hit back in defence of Prince Harry as he told her: “It’s nothing short of a disgrace the way Prince Harry is treated.

“Anyone else talking about mental health, we would just accept that. He is suffering from mental health and he’s trying to put that right, trying to do something good.

“Why on earth should we knock somebody trying to do something good?”

“The point of him moving from London to Los Angeles speaks on the hypocrisy of the issue,” Amber replied.

“He routinely talks about trying to break this cycle of generational pain and yet his actions show he is engaging in the opposite.”

Good Morning Britain airs weekdays at 6am on ITV

Sharon Stone, 63, poses on beach in an orange dress for sexy photoshoot