The Handmaid’s Tale returned to Channel 4 this evening and saw the aftermath of June’s (played by Elisabeth Moss) return to Gilead.

But the last viewers saw of Emily (Alexis Bledel) she was venturing to Canada with June’s daughter, Holly.

However it wasn’t an easy journey for her, as she came up against a number of Gilead officers trying to get her back.

And in the final moments of her journey, Emily was faced with a river in the middle of the night, coupled with a raging storm.

Despite the harrowing circumstances, Emily pressed on to the great white north, and even dove into the water to save herself and her friend’s child.

After getting caught in one of the waves, Emily struggled to stay afloat.

Once she reached shore once again she thought Holly had stopped breathing – but thankfully she started crying. However the noise attracted a number of police officers to her location.

But at the last second, the officers revealed they were Canadian, confirming her safety.

The tense turn of events were enough to leave fans in turmoil, as they emotionally spoke out on Twitter, with one writing: “How am I here crying over the #HandmaidsTale tale,” with a lot of crying emojis.

Another exclaimed: “Was on the edge of my seat watching Emily and baby Nicole cross that river. 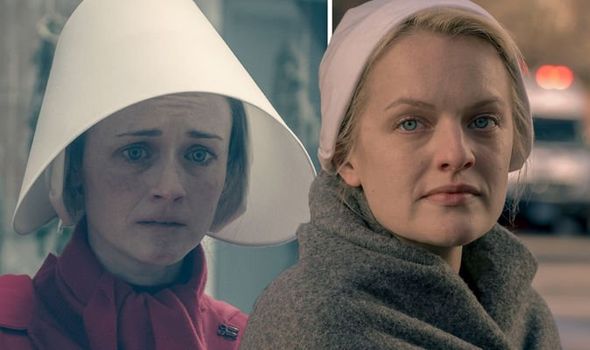 How am I here crying over the #HandmaidsTale tale

“I was so happy to hear that baby cry and to realise that they’d made it to Canada! #handmaidstale.”

Earlier this week June star Elisabeth teased a huge twist for June in the upcoming episodes.

After June saw such harrowing scenes and events in seasons one and two, Elisabeth explained June will go through a drastic change this season.

She told The Hollywood Reporter: “There’s a real change in the second half of the season that is pretty huge, character-wise. 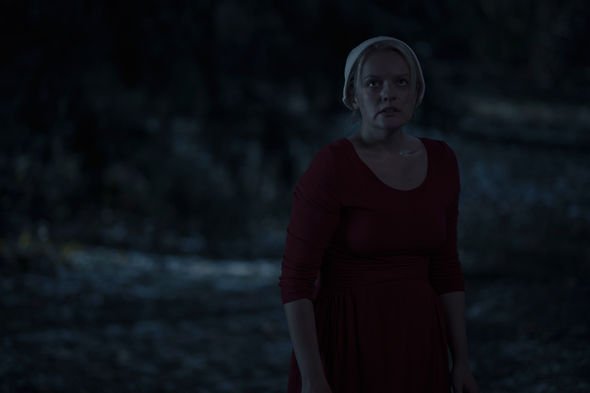 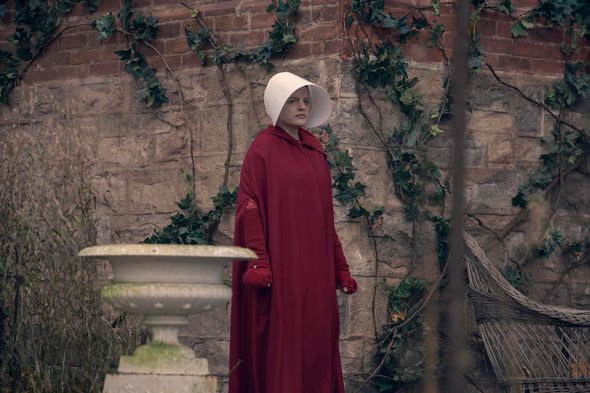 “It allowed me to do some things as an actor with June that I think are going to be really surprising and pretty extreme. We’re asking the audience to come with us on this ride.

The Handmaid’s Tale season 3 continues on Wednesdays on Hulu on and continues Sunday at 9pm on Channel 4.