The film directed by Debbie Lum (Seeking Asian Female), follows five seniors at Lowell High “as they try to get into the elite college of their dreams,” as Lum explained in a video for the Sundance Film Festival, where Try Harder! premiered in January.

It’s tough to earn admission to Lowell—“Only the city’s best and brightest qualify to get in,” observes producer Lou Nakasako—and once inside the doors students face enormous pressure to succeed.

“Getting into college has never been harder than it is today. High school has really changed,” Lum notes. “So many students are under much more stress. We really wanted to capture the students’ story.”

The filmmakers recorded one religious high schooler, his eyes closed tight, voicing a solemn wish: “God, we pray for the seniors during this college app season, O Lord.” 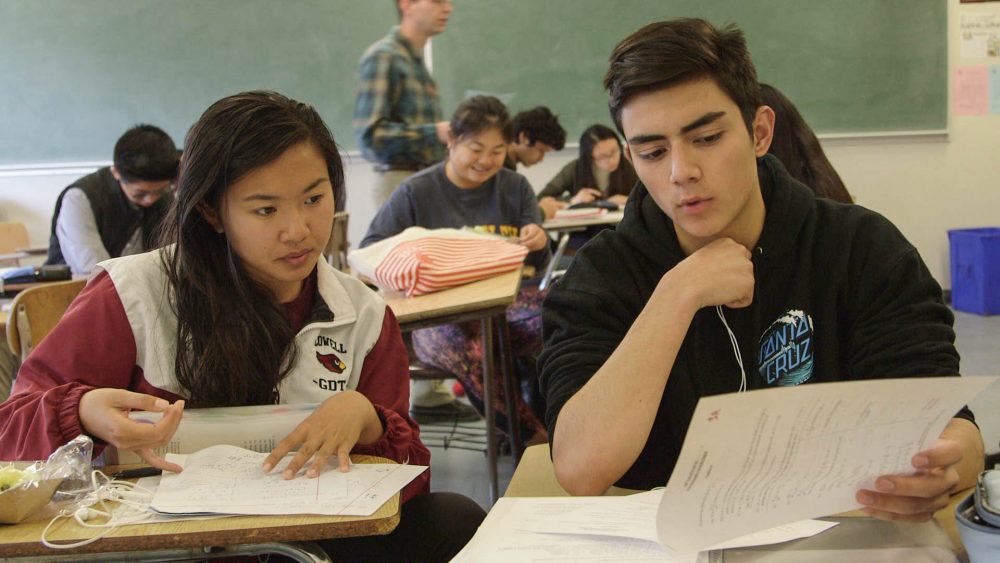 Greenwich will release the documentary this fall as a new class of seniors cope with the college application process.

“At Lowell—where cool kids are nerds, nearly everyone has an amazing talent, and most of the student body is Asian American—the things that usually make a person stand out can feel commonplace,” notes a press release for the film. “With humor and heart, director Debbie Lum captures the reality of the American college application process and the intersection of class, race, and educational opportunity as young adults navigate a quintessential rite of passage.”

“I’m super excited to work with the Greenwich team,” Lum said in a statement. “They saw how important this story is for anyone who dreams of going to college or has kids dreaming of going to college. We’re thrilled they will help us get our film to as wide an audience as possible during the college admissions season because students everywhere need to talk about hopes and dreams—and the pressures that impact them.”

The trailer below introduces some of the main characters and themes of Try Harder! And it’s the rare trailer to include an exploding pickle.

Oscars 2020: Our Final Nominations Selections, Ranked for Each Category